Simon Stone makes his directorial debut with heartbreaking 'The Daughter'

As far as family-drama’s go,Â Simon Stone’sÂ The DaughterÂ blows it’s peers out of the water with a raw and emotionalÂ story that is bound to hit a nerve for many.

With the closing of an Australian timber mill, owned by the distant and hard Henry (Geoffrey Rush), people are leaving for new homes each day in search of more work. Amongst the locals struggling with the death of the industry is family man Oliver (Ewen Leslie), his father Walter (Sam Neill), his wife Charlotte (Miranda Otto), and his teenager daughter Hedvig (Odessa Young).

When Henryâ€™s estranged son and Oliverâ€™s childhood friend, Christian (Paul Schneider), return home for his fatherâ€™s wedding, he brings with him his demons and when he discovers deeply buried secrets between his family and Oliverâ€™s, his actions are set to shatter the lives of the people around him forever. 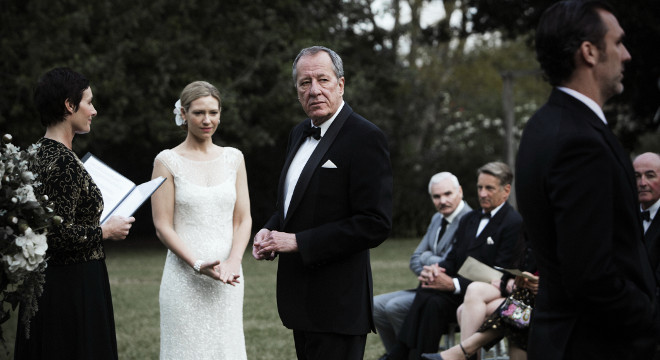 Inspired by the Norwegian play The Wild Duck from Henrik Ibsen, The Daughter is writer/director Simon Stoneâ€™s first directorial venture outside of theatre. This is not the first time he has told this story, however, having adapted the original play for the stage in 2011, receiving critical acclaim and seeing a British run in 2014.

Stoneâ€™s history in theatre is evident in the qualities that the film possesses and the way information is delivered to viewers. While we are presented with impressive cinematography, the film is driven by heavy dialogue and relies upon the onscreen talent in order to deliver the story Stone is attempting to tell. To his credit, this technique works.

It is refreshing to see Stone refrain from sugar-coating or dramatising his characters, as many other creators often fall to the temptation of making their characters more rounded, wiser or emotionally aware than what people actually are.

From Christianâ€™s strained relationship with his distant father, to Oliverâ€™s jovial and teasing dynamic with Hedvig, the film touches base on family dynamics in an intensely familiar way. The relationships feel genuine, which makes the climax of the film resonate that much more with the audience once they reach it, knowing these characters could easily be someone they know, or even themselves. 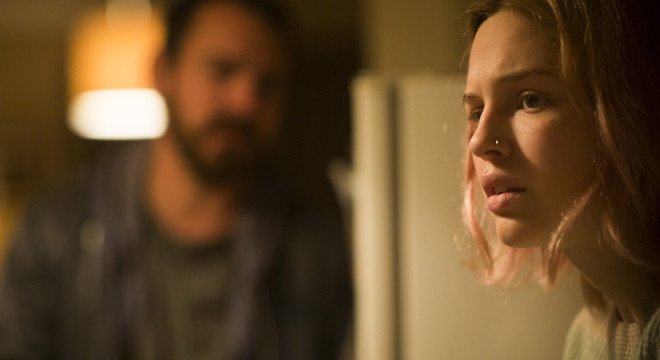 The first act of the film feels slightly too heavy on the foreshadowing of things to come, and the abrupt cutting from scene-to-scene at times makes it feel as though the story is jumping from exposition to character development, without ever allowing the two to meet. By the second act, however, the film quickly finds itâ€™s footing and the slow-paced climb to this part in the narrative serves to make the now full-throttle journey towards tragedy that much more intense.

With talents like Geoffrey Rush, Sam Neill and Miranda Otto on the bill, the performances in The Daughter were always going to be impressive. The standout performances, however, are not from the most recognisable faces, but instead from Ewen Leslie and fresh-faced Odessa Young. Playing father and daughter, Leslie and Young charm the audience immediately in their earliest scenes together, portraying the dynamic between their characters in a loveable and believable way. Then, later in the film, the undeniable chemistry between the two actors reaches new heights with a heartbreaking scene in an empty parking lot that showcases the striking talent in both of them and will leave many in tears.

The Daughter is an impressive directorial-debut for Stone, introducing himself to film as a refreshing presence in the industry. While the film is visually stunning, what makes it stand out in Australian cinema is the raw depiction of emotions onscreen and the ability to resonate heavily with members of the audience. Rounded off with fine acting, The Daughter makes for a drama that tells the story of a secret found in many families and presents it with the unapologetic reality of how time does not erase things, and one action can lead to a domino-effect barreling towards tragic consequences.

The Daughter is currently showing in cinemas across Australia.

A taste of Vietnam: CafÃ© Ã“-Mai