â€œIt is terrifyingâ€¦ the world closes down to this pin prick and then there is like this beeeeep ringing in your ears. The first time I did it I remember thinking I was going to vomit and shit myself at the same timeâ€¦ but it is such a rush and I didnâ€™t die so I went back.â€

That was Simone Ã‰clairâ€™s first stand up comic experience. She compared the adrenaline to bungee jumping. The feeling of your throat closing over before you start, followed by the mixed reaction of immense relief that it is over, and the sudden, impending urge to go againâ€¦ and againâ€¦ and again.

That was two years ago, and Simone is addicted. She now takes the stage a few times a week in what she refers to as the ultimate display of hypocrisy.

Simone was born and raised in northern New South Wales by her â€œleft wing, feministâ€ mum Diane. She has inherited her motherâ€™s strong ideological views of the world she says, with a lot of her comedy centred around her lack of ability to meet her own standards.

â€œThe problem with being raised a feminist, socially aware, environmentally concerned ideologue is that I’m always sitting in my own hypocrisy. I’ll sneer at anyone using plastic bags at the supermarket but probably drink enough wine to undermine the global glass production market if I ever chose sobriety. I had water births and practiced attachment parenting when my kids were little but now all I want to do is go to Woodford alone, cover my tits in glitter and get really, really high.â€

Simone has always used humour as a coping mechanism and a tool for defence throughout her life. Growing up in â€œTHE WORST PLACE EVERâ€ (Port Headland) as a daughter of lesbian parents, Simoneâ€™s early years were unique.

â€œYour mums are lemons,â€ the kids would shout at Simone during lunch. After divorcing her father a few years earlier, Simoneâ€™s mum had met Mim, her life partner. â€œFor a while I couldnâ€™t work out what lemons even meant.â€

â€œI found direct attacks towards me quite easy to fend off when I was a kid. My response was always to be really quick witted. It became dangerous to attack because I would attack back.â€ 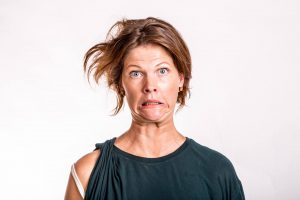 Despite the odd bully who dared to get on the wrong side of Simoneâ€™s wit, she was well liked through school. She strove for excellence and achieved highly academically. Childhood friend Claire says she couldnâ€™t believe that Simone even noticed her when she came to Claireâ€™s school in year 7â€¦ â€œmy first reaction was just WOW.â€

â€œ[Simone] worked out that I lived on the same street as her, so one afternoon she walked up to me and stole my bus passâ€¦ It meant that I had to follow her home to get it back againâ€¦ she had decided that we were going to be friendsâ€¦ that was our first meeting and the start of our friendship.â€

â€œImpossibly wonderfulâ€ are the words that Claire uses to describe Simone. A woman she says has the gift of drawing out creativity in others without trying, and the talent of being able to express herself through art. Claire still has a painting Simone did for her when she was fourteen hanging in her house. Now, slightly faded and aged, but still so vibrant in its meaning. A symbol, Claire says, of Simoneâ€™s incredible creativity.

But as the years progressed, the care-free Simone started to disappear into the wings, and perfectionism took centre stage.

â€œFor me, having the perfect body was just a way of ticking another thing off the list of what I was good at. In a messed up way, anorexia is actually really comforting because you know what you are going to do. Get up, donâ€™t eat.â€

Simoneâ€™s mum passed awayÂ from leukaemia when Simone was 18 years old, marking the beginning of her trajectory south. She went travelling to Sydney and Melbourne with a friend for a while. She churned through partners, and fell into a place of dark depression.

â€œI donâ€™t think I ever did deal with her death. It came as such a shock at the time because we never talked about the possibility of her dying because she thought it would somehow jeopardise her recoveryâ€¦ I remember going to the house, going into the bedroom and there she was, and I was just like shit,â€ Simone said with her signature punctuation giggle to try to lighten the mood, and the memory.

Some days she remembers feeling so bleak she would struggle to get dressed.

â€œI was in a holding pattern of trying to survive.â€

Looking back, Simone is unsure of what it was that made her turn her life around. Even now, a proud mother of three, with a loving partner (David) and in a job she enjoys, she finds it funny when people say that she has her life together, â€œIâ€™ve still really got no idea what Iâ€™m doing.â€

Simoneâ€™s comedy is her release. If she tells everyone her vulnerabilities up front she says, they canâ€™t hurt her anymore. Friend and director Emma says she is continually amazed by Simoneâ€™s ability to stand up and be completely honest and vulnerable. 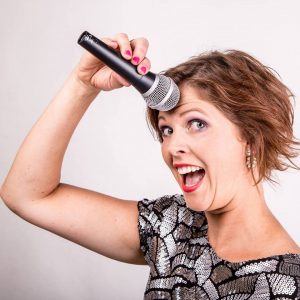 â€œI admire her willingness to push herself beyond her comfort zone and to continually question the world around her. It takes a lot of courage to stand up in front of people and dare to amuse them.Â  I could never do what she does.Â  She’s fantastic.â€

Despite her obsession with striving for perfection in all areas of life (regardless of whether she meets her expectations), being the â€˜perfectly pristine, polite and ever accommodatingâ€™ house-wife is not an ideal Simone yearns for.

Ten years going strong and David and Simone are not married. â€œPeople often refer to him as my husband and I kind of twitch a littleâ€¦ Iâ€™m not going to be the one that calls the in-laws every week to organise a catch up. And Iâ€™m not going to marinate the meat and make the salads for the BBQâ€¦ Iâ€™ve got my own family, and own shit to do.â€ As a result, Simone says, chuckling to herself, we donâ€™t really see them much.

â€œI care passionately about gender equity, LGBTQI rights and a retreat from binary identification but secretly I think marriage is terrible- I’m not interested in marriage and I can’t see why anyone would demand it! But like I say to my kids, if it’s what you really want then go ahead and I’ll say I told you so later.â€

Leading a life far from the white picket fence seen in the movies, and slightly off course from what her own ideals would like, Simone is content.

â€œThe idea of perfection was toxic and unhelpful to me for a long timeâ€¦ Now Iâ€™d just rather make someone else feel good rather than nail it myself.â€

Gordi on the Release of Reservoir