With Halloween just around the corner, we’ve compiled this list of spooky Brisbane events for spooky kids.

Halloween falls on a Saturday this year, so there’s no excuse for not going all out! Whether you want to be crawling back to your crypt at dawn, or tucked in and well-fed before sundown, here are some suggestions…
1. Brisbane Ghost Tours

You can’t call yourself a true Brisbane citizen until you’ve had the pants scared off you on a Brisbane Ghost Tour. Learn the most gruesome real-life tales of Brisbane’s seamy underbelly – and of the alleged spirits that still walk these sites – from your expert tour guide. Explore “Haunted Brisbane”, Toowong Cemetery, Nundah Cemetery, South Brisbane Cemetery or Boggo Road Jail.

Bookings are essential! Visit the Brisbane Ghost Tours site to secure your place. 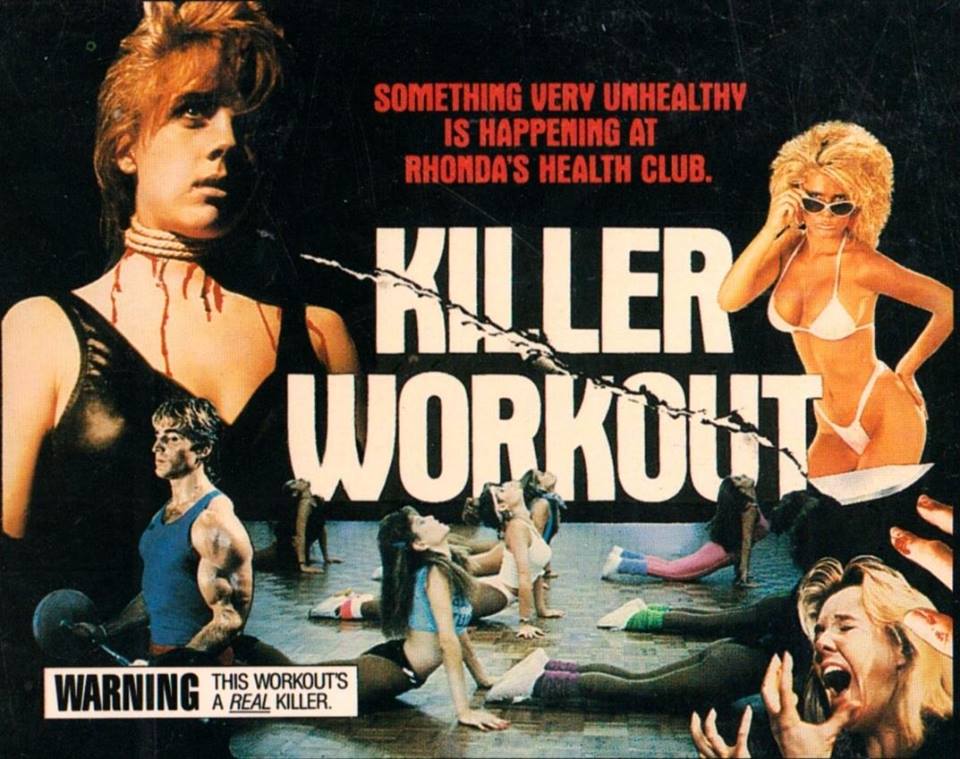 2. Halloween Specials at the New Globe

Grab your popcorn – and then grab some more because you just spat it out in fright at Kristian Fletcher’s Halloween screenings at the New Globe. The scares kick off with a double feature of 80s classics Reanimator and Day of the Dead on Thursday 22 October, followed by a Halloween Triple Treat a week later on Thursday October 29. Featuring short horror films Arcade and Skypemare, the night will culminate in glorious 80s trash with “KILLER WORKOUT”, as members of a local tanning salon get picked off one by one.

3.Tales From the Crypt: Halloween at Greaser
Open for little more than a year underground on Brunswick St, Greaser has cemented its place as Brisbane’s best American-style venue for whiskey apples, retro music and burgers – and they’re set to repeat their killer Halloween event this year. With a music lineup of The Strums, Regular Gonzalez and The Wet Fish putting a 70s/80s spin on their regular sets, as well as fortune tellers, photo booths, and prizes for best-dressed, it’s going to be a doozy. Did we mention free entry?Â  RSVP on Facebook 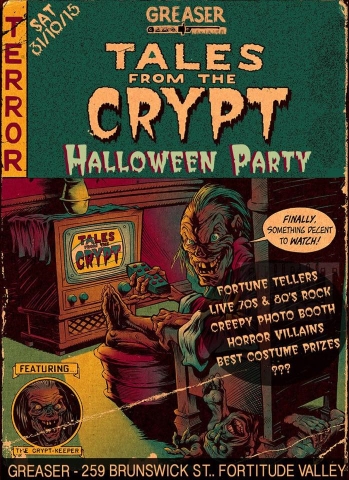 You know you need an avocado-shaped cushion. That’s not even up for debate. (Or a cat – or a donut.) The nimble-fingered ladies at The Craft Coven in Ashgrove can show you how to print, sew and stuff one on Halloween, 10am-2pm – fabric, paint, stuffing, and delicious home-made treats included.

Spaces are limited, so book online – or see the other wonderful classes on offer on Facebook. 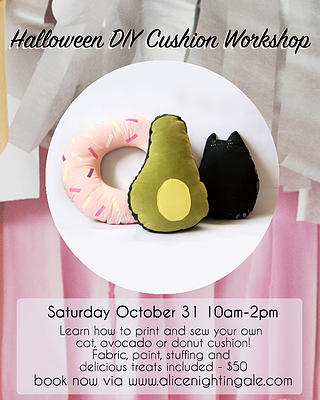 Though not actually underground, Stephen Bowerman’s Vision Gallery is the quintessential West End bar you’d never knew was there – tucked away upstairs at the Mollison St warehouses next to the Boundary St markets, its walls are lined with sculptures and canvases of dragons and castles.The lights are always dim and the drinks flow ’til late. This Halloween, Visions plays host to the funky sounds of Immigrant, Brisbane’s freshest new groove-rock band, supported by the dark, romantic tunes of ARIEL, the spookiest dark cabaret quartet in Brisbane.

It’s a Halloween classicÂ  Brisbane Zombie walk has evolved significantly since its inception in 2006, growing in recent years to see a record-breaking 10,000 gruesome participants storm Brisbane’s CBD in 2010, terrifying tourists and motorists alike. Still raising money for (duh) the Brain Foundation, Brisbane Zombie Walk kicks off at 2pm at Roma St Parklands on November 1, with professional makeup booths and a “splatterhouse marquee” on offer, if you want to get really disgusting.