Creating unique, gripping content, working with brands such as SODA, City Beach Australia, Spotify, Superdry, X Cargo, BMW Australia and Sony Music. The Creative Issue sat down with Matt and discussed his role as Creative Director at Slate, the beginnings of his company and their upcoming campaign with Hysteria Studios. 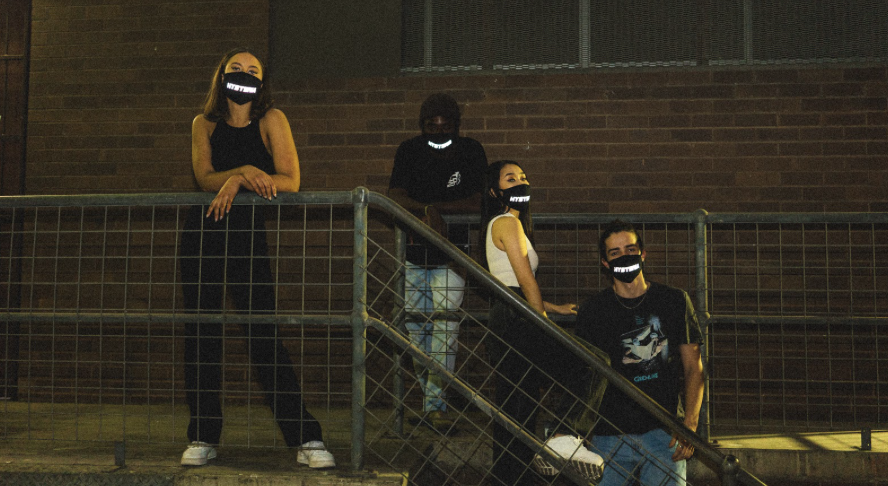 Throughout Matt’s time in High School, he revealed that he was known as the ‘go-to’ videographer and that this was where he initially found his drive and passion for photography and film. Following his graduation from High School in 2016, Matt was approached by Brisbane’s elite private schools to produce and create school sporting videos. As a freelance videographer, Matt stated that he started to get a grasp on what he enjoyed and what direction he wanted to take with his skill and talent. Eventually soon after, Matt and his brother, Nick decided to register for an Australian Business Number (ABN). Now four years later, after continuing to build up his skill and craftsmanship, the pair are still finding ways to benefit, improve and work together on Slate Media.

“Nick was a massive part of Slate’s startup phase, to the point where without him, we wouldn’t have the same success and be where we are now,” Matt stated, “..I handle the creative side, he sorts out internal business strategy; so there isn’t any room for arguments and clashing ideas.”

Despite becoming a Creative Director at the age of 17, Matt stated that surrounding himself with other like-minded and industry professionals has helped his business-mindset evolve and grow as he is consistently thinking about his personal strengths, and ability to lead and build a team of people.

“Connections are everything. I can’t stress enough how important treating everyone you don’t know equally has helped me secure some of our largest projects.” He went on, “…for example, you could get chatting to someone in line for a coffee only to find out they are working high up in an industry you want to work in. Also, don’t be afraid to send an email or DM to a company/artist – if you don’t ask, you won’t know.” 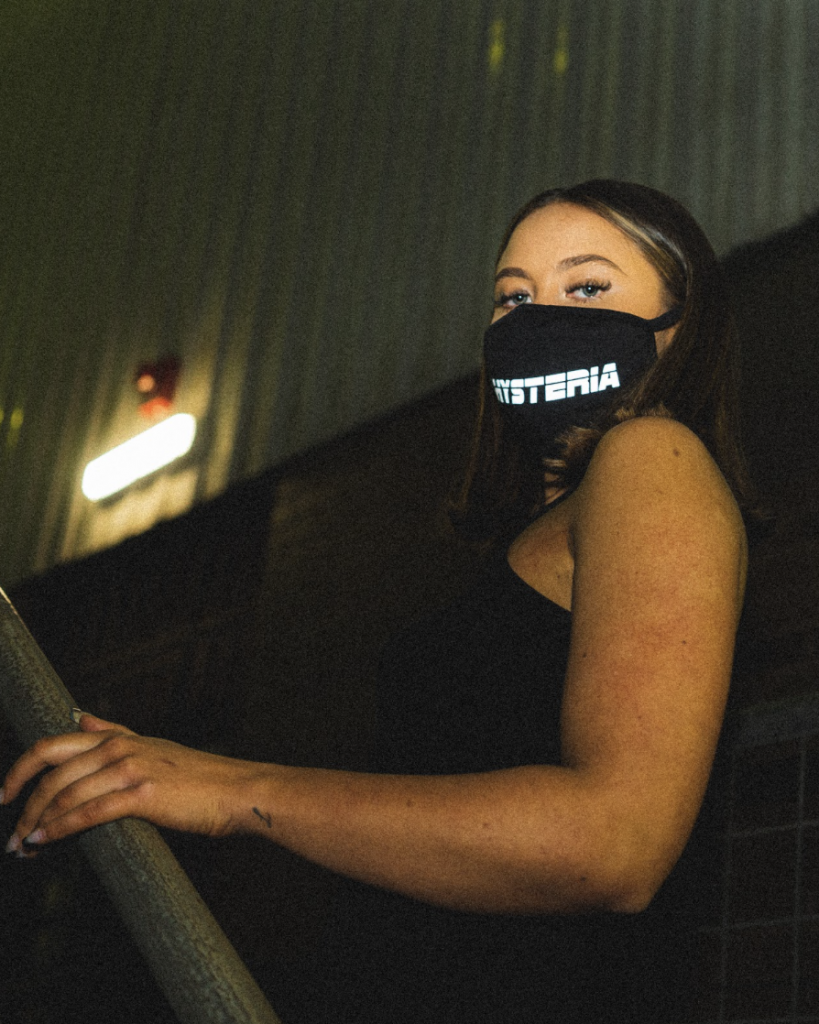 In 2019, while working the festival scene with the likes of GRAACE and Cosmos Midnight, Matt came across Brisbane fashion label Hysteria Studios.  He was immediately drawn to their forward-thinking festival and streetwear fashion and related to their ‘rapid/aggressive approach’ to business as it was something that he used at Slate to secure and maintain their clients. It was a match made in heaven and now Slate are working with Hysteria Studios delivering their omnichannel assets which include a hero video, photography and motion graphics for their Face Mask campaign launching on the 8th of September 2020.

Hysteria Studio’s newest addition features a new reflective face mask. Other popular items from Hysteria Studios are also available “…either on their website or Instagram shop which is also featured in the campaign deliverables. There may or may not be some pretty exciting new content in the works though.” Matt comments.

Hysteria Studios are known to base their clothing items around reflective materials. This reflective material creates a unique and eye-catching outfit. Hysteria Studios currently sell a variety of skirts, oversized shirts/dresses and tees. Majority of the items of clothing are taken with flash photography either via a DSLR or a phone camera, giving a riveting, aesthetic image. 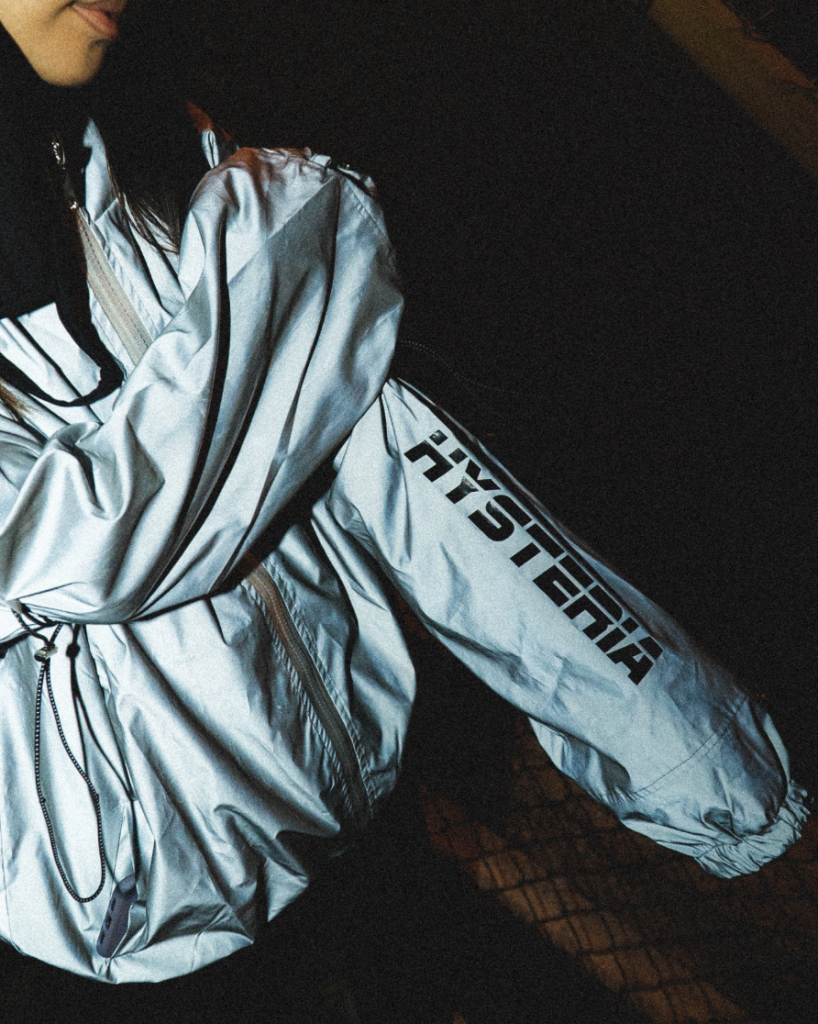 Aside from Slate Media’s current campaign, they have also recently revamped their music industry services tailored to suit the needs of musicians affected by the ongoing pandemic. Slate’s newest Artist Release Pack includes services to improve and gain online attention alongside with “…heavily discounted bundles that they can’t seem to turn down.” 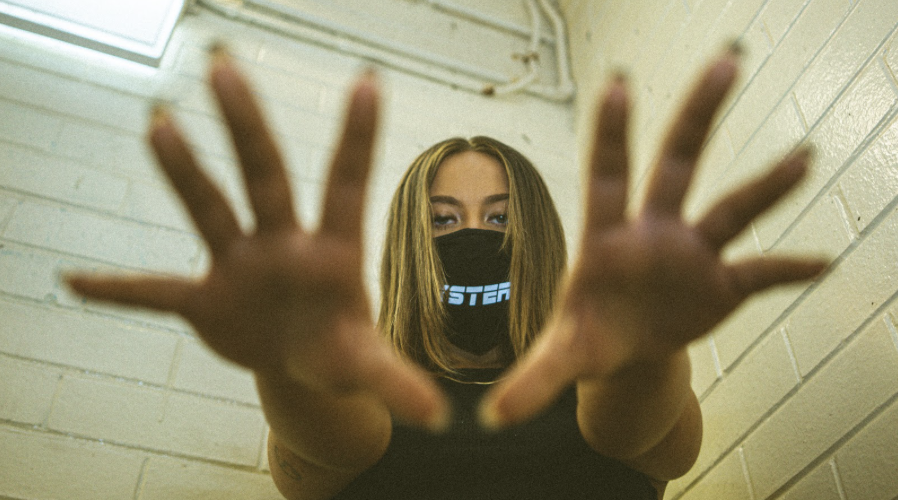 Metro Arts: Opportunity for the Future