After over a decade in the wilderness, Stoner-Doom legends Sleep have reformed and are recording new tracks. Now for the first time since reformation Sleep come to Brisbane to bring their unique, heavy, sprawling sound to music lovers in the sunshine state. 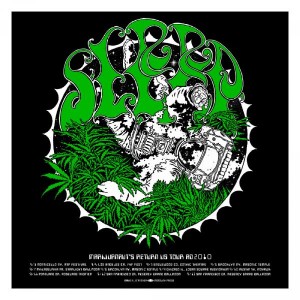 First coming into prominence during the 1990s, Sleep’s drug inspired brand of Doom Metal gathered them a cult following and hugely influenced the development of heavy metal. Before breaking up due to creative differences with their label in 1998, they recorded 4 full length albums (although two were only released post break-up), including the single-song 52 minute epic, Jerusalem. Sleep’s label refusedÂ to issue Jerusalem due to it’s length making it unmarketable, causing the band to break up rather than compromise their creative principles and integrity.

December will see the newly reunitedÂ SleepÂ bring their hypnotic live show to the Hi-Fi. This is a must see for any metal-fan in Brisbane, a rare occasion to see a truly legendary, pioneering band in their element.

When: Thursday 11th of December

Where: The Hi-Fi Brisbane

Tickets can be purchased here