We caught up with Slum Sociable frontman, Miller Upchurch, ahead of the release of their upcoming EP L.I.F. due out on August 2nd.

Slum Sociable have recently announced a nationwide tour in support of L.I.F. The tour will see the boys making their mark on eleven stages across Australia throughout August and September this year.

The first two tracks on the EP, ‘Afterthought’ and ‘Life is Free’ have already made waves worldwide. Their upcoming EP features three brand new tracks (‘Déjà Vu’, ‘If I Were Called Back’ and ’65-45′) that are sure to delight.

We sat down with Slum Sociable’s vocalist, Miller Upchurch, to talk about his music, touring and his experience with some unexpected collaborators. 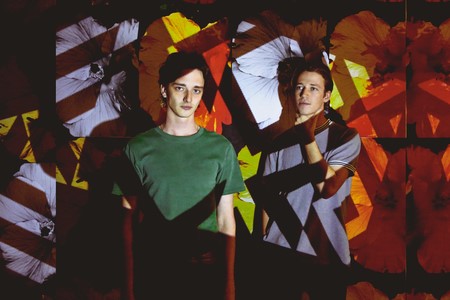 The Creative Issue: Love the new music, especially ‘Déjà Vu’. When did you start writing that song?

Miller Upchurch: We wrote that song in LA when we were there last year I believe at SXSW. We made a stop in LA and wrote with this guy called Kennedy. We wrote the base of the song there. We finished the song with Constantine Herston from The Belligerents who is just a gun producer. So we worked on that at the same time we worked on ‘Afterthought’ actually so it has been a very long time coming

TCI: Was it inspired by being overseas in America and playing SXSW or was it something you had sitting in your back pocket for a while?

MU: Absolutely, the guy we wrote with had a big influence on how it sounded. We don’t usually instinctively go for an acoustic guitar. He just picked one up and was like, “Hey man let’s start playing some chords and see where it gets us”. (It’s worth noting here that Miller nails a great Jack Nicholson-esque American accent). It was just the classic songwriter in Kennedy that made us do that.

TCI: What about the rest of the songs? Where did they come into fruition?

MU: ‘Afterthought’ is on the EP and that’s the song I co-wrote with Kim Moyes From The Presets. That was just an experience, to be honest. I got to go to his place and he has this awesome studio in his house its got like two rooms, one live room and one studio session room and we just had a great couple of days just working on that song. He’s just an A-plus sort of guy, an absolute legend. So that song came about working with him, which is why it has a bit more of a synth-y, dancey sort of feel. Kind of unintentionally in tune with that we wrote ‘Life is Free’ which has a similar dance feel but that’s something we did all by ourselves. I guess that might have put the gears into place for putting out an EP.

MU: Those two I was just messing around with writing demos for fun, solo and I sent them to Ed and he just wanted to get his hands on the session straight away so we developed those together after that. So those started off as demos. They were supposed to be private but now they’re out there.

TCI: For all the fans who have only have heard the two taster tracks, what would you tell them to expect from the rest of the EP?

MU: I guess they should expect from what they’ve heard, the other side of a release. I think so far what they’ve heard is the light side of it. I think both of those songs, ‘Afterthought’ and ‘Life is Free’, have been dance tracks and it just worked that those two were on the same release and we could put those out next to each other. The rest of the songs are dance-able, they have a beat and you can move to them. But they’re taking it down a notch, kind of getting more smooth and sultry with it and maybe a bit more introspective. I’m excited for that other half of the EP to come out and see what people think.

TCI: So you’ve come a really long way since you first released your first single, how would you say your creative process has changed – if at all?

MU: Yeah well that’s the thing. I don’t think it has all that much to be honest. Apart from Ed obviously becoming more of a producer. After we released our first batch of music he’s been doing more and more producing for more people as well. As I said I’ve been writing some songs by myself as well. So just both of us working on our own and then bringing them both together is what has resulted in this new batch of music.

TCI: Do you ever see either of you taking on any proper solo projects in the future?

MU: I guess it’s not out of the question. I’ve always imagined both of us doing it at some stage but always coming back to Slum Sociable … because I feel like that’s where we really shine.

TCI: Glad to hear the band isn’t dissolving any time soon. What would you say the track you have the biggest connection to is?

MU: The biggest connection for me personally is probably ‘If I Were Called Back’ because that was one of the songs I had written by myself originally and I really like the progressions in it. I’m more of a soft sombre songwriter when I do it by myself so I just really like the world that it exists in. That’s why I need Ed to balance out the soft, sombre side of me with his energy. I was just going to say as well I’m really excited to release ‘Déjà Vu’ as we’ve played that at live shows before and we get a lot of messages on our social media asking when the song is coming out. 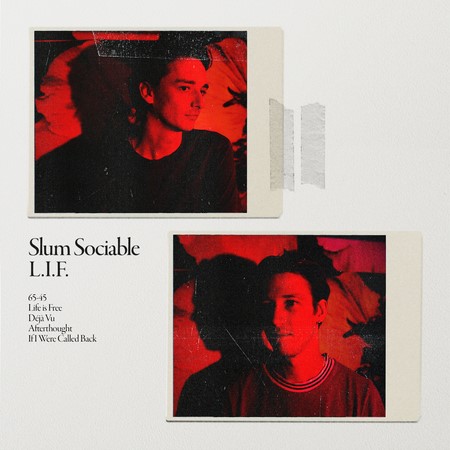 TCI: So on that point, you do have a pretty massive tour coming up. What can your fans expect from your tour?

MU: From this tour I think we’ve really taken a lot of time to tighten up the set. You kind of expect every band you see to play really well so I won’t dwell on that. We’ve been working on some of the filling the room sort of sounds. Some of the ambience, if you will, and creating a sonically more appetising environment I guess. Apart from that we will just be smashing it out on stage as we like to do.

TCI: Is there any particular gig or stage that you haven’t performed at yet that would be a goal for you?

MU: We’ve been on tour with The Rubens and they got to play most of the places that I would like to sell out so technically we’ve played them, but doing our own shows at the Hordern Pavilion or something like that. Otherwise it’s on to arena shows, that would be the next step I guess.

TCI: Anything else people should people know?

MU: I think people should know that we are ready for them and we are bringing our A-game. We only expect quality from the crowds so they should bring their A-game.

Slum Sociable’s EP L.I.F. is due for release on August 2nd via Liberation Records.

65-45 Afterthought Déjà Vu If I Were Called Back L.I.F. Life is Free Miller Upchurch Slum Sociable The Belligerents The Presets The Rubens Tour
Share on Facebook Tweet This Share on Google Plus Pin This Email This