It’s been a while since Sneeky Picnic have hit the stage, but the girls are back and ready to party harder than ever to celebrate a whole lot of hard work.

The girls in Sneeky Picnic recently had some downtime when they were able to unwind and inspire themselves back into their groove. It was agreed that a break from Sneeky Picnic was well considered and needed, but would inevitably come to an end as music was their undeniable passion.

â€œ[Being in a band] was something we all enjoyed individuallyâ€¦. And I think it helped, and we all needed a breakâ€¦ [but] I think we just enjoyed it too much to let the opportunity drop,â€ the girlsâ€™ said.

The band agrees that their break from collaborating gave them the chance to listen to different music and evolve individually, and step up as songwriters to amplify what they were able to bring to the table.

Bassist Kathryn Bermingham says â€œIâ€™ve learnt over the last year to use a lot more technology. We have a really organic sound as a band, where itâ€™s just simple bass, keys and drums, and Iâ€™d really like to expand on using technology this year by incorporating synthesisers and vocal samples to give us that edge.â€

In saying this, Sneeky Picnic does not lack in the edge department. Although Sneeky Picnic are an all-girl pop band, the girlsâ€™ music provides a refreshing and unique twist on regular pop music by incorporating rap verses. Their four track E.P, Dangerous, was released in 2014 and consists of party tracks, such as â€˜Hey Misterâ€™, and â€˜Ay-Yoâ€™, that have catchy beats and rousing rhymesÂ that’ll definitely have you moving. 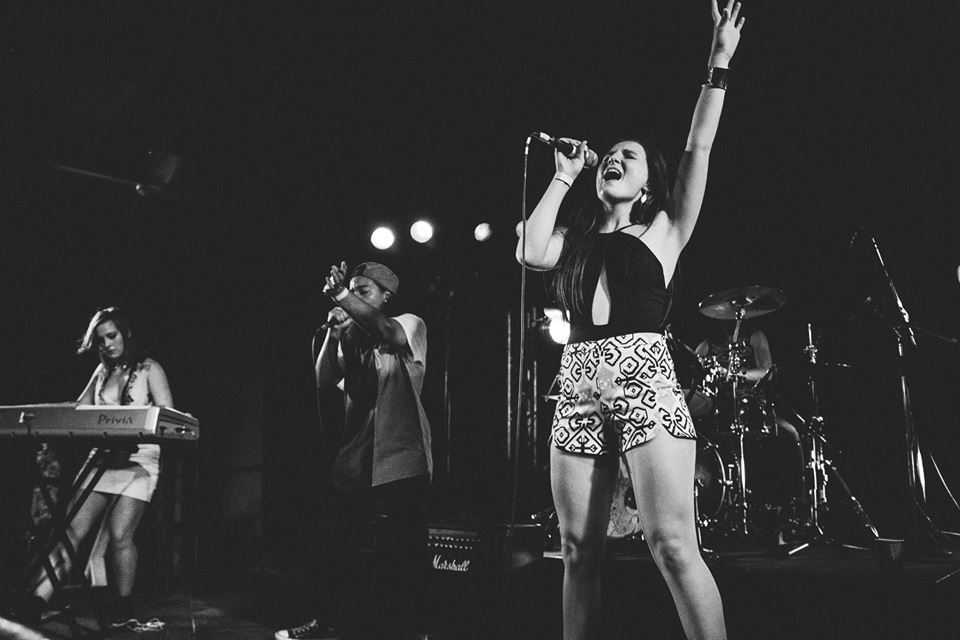 Sneeky Picnic identify themselves as a “new pop/rap” band. The girls describe this as â€œcatchy pop melodies in the hook, and a heavy hip hop influence in the verses, which is followed by instrumental thatâ€™s very pop-y, but still has the hip hop sound in the breakdowns.â€

The girls want to write music that people can enjoy and essentially get down to.

â€œA lot of our songs are like â€˜let’s have a good timeâ€™ â€“ so easy stuff to writeâ€¦ party songs. Other stuff – so when Iâ€™m writing my melodies, or when Jess (rap vocals) is writing raps â€“ are more personal, some of them were from our own life experiences at the time, but a lot of them are just fun,” said Erin.

Now that the girls are back, their plans are quite simple; they want to make music, and play music.

â€œWe want to write new music, weâ€™re all pretty excited to write some new material and just keep giggingâ€¦ I think our favourite part is playing shows â€“ itâ€™s the most rewardingâ€¦ we enjoy our music, we enjoy playing to people, we enjoy the feedback we get from people, and how they react and feel to our songs and I think thatâ€™s all that matters â€“ and thatâ€™s the majority, most people love it.â€

â€œWe have worked hard to get to where we areâ€¦ we write good music and we are good musicians and basically thatâ€™s what it comes down to. Weâ€™d ideally like to release two singles by the end of the year.â€

Sneeky Picnic will be making their return to the stage at The Milk Factory on the 21st of May.

The Details
What: Sneeky Picnicâ€™s Comeback Gig
Where: The Milk Factory 18+
When: 21 May, 2016 @ 7.30pm
How Much: $10
More Info: Â For more information visit Sneeky Picnicâ€™s Facebook page at https://www.facebook.com/SneekyPicnic/?fref=ts

‘Bury Your Gays’: The Extinction of LGBT Representation In TV