Soi Cowboy is a romantic comedy set in Bangkok that explores themes of cultural identity, social issues and finding oneâ€™s self.

As the play opens the audience is introduced to Australian traveller Andy (Gillian Cosgrove), who has been working at a karaoke bar in Bangkok for the past five weeks. Andy is a go-with-the-flow type of girl who writes hilarious songs about Australian tourists and her worst first dates. But her life changes when a Thai-American named Arisa (Courtney Stewart) comes into the bar and the two connect in a strange and beautiful way.

The two women decided to explore Thailand together, visiting The Tiger Temple, Wat Traimit and various street vendors. Tension begins to grow as Andy discovers that Arisa is a bit of a control freak who is conflicted about her Thai heritage, but they stick together like â€˜magnetsâ€™. This play not only focuses on self-discovery but wider issues such as the interference of tourists in Bangkok, the political and social climate of Thailand and whether Australians respect Thailandâ€™s culture. 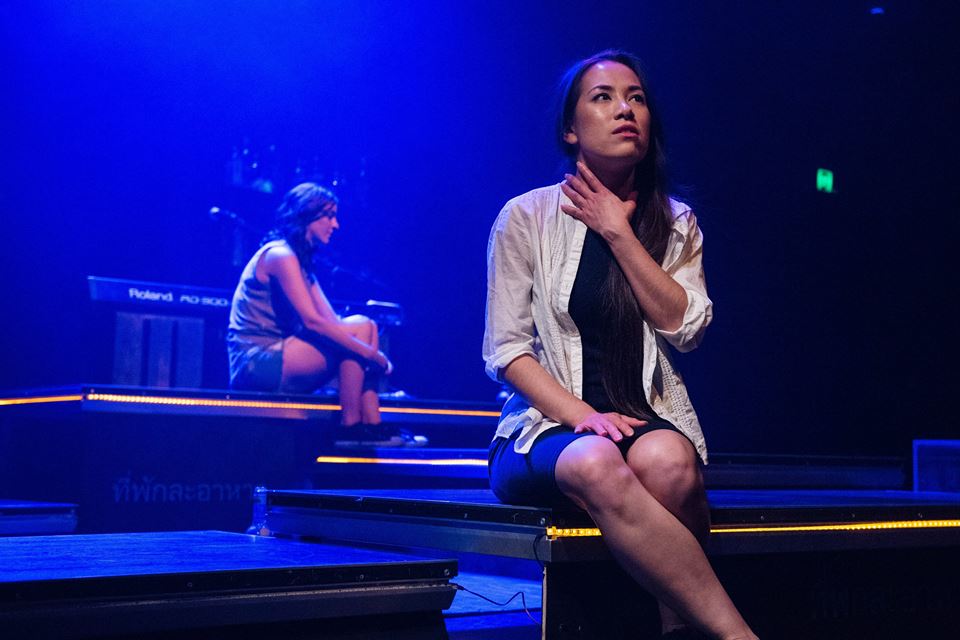 This developmental presentation was commissioned by the Brisbane Powerhouse who sent creative artists Kat Henry (director), Julia-Rose Lewis (text) and Gillian Cosgriff (music and lyrics) to Bangkok for ten days â€œto dive in and see if there was some material for a showâ€.

These creative women came back with mixed feelings about Thailand; acknowledging that is was a beautiful and culturally enriched country yet suffering political, social and major infrastructure issues. This production balances these issues while questioning Australiaâ€™s role in Asia as well as presenting a complex love story.

Although the play is still in its developmental stage, the audience responded with enthusiasm to the music and the comedic script. In conjunction with the inviting, open set and believable performances from both actors, the audience felt as if they were transported to different locations in Bangkok without ever having to leave their seats. The piece was thought-provoking, entertaining and provided a new and exciting perspective to Australian musical theatre. 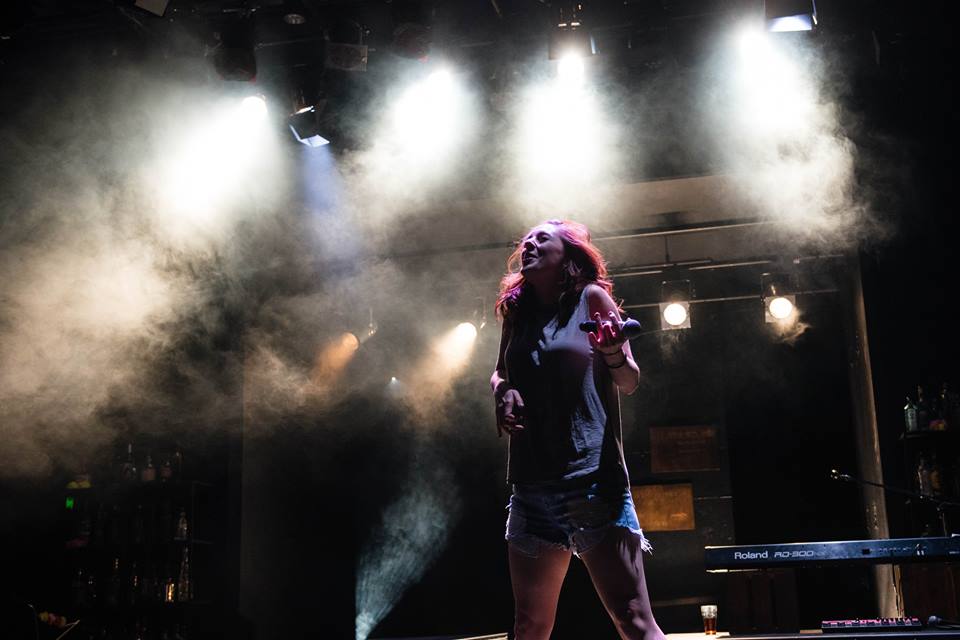 The Creative Issue was lucky enough to have an interview with â€˜Soi Cowboyâ€™ director Kat Henry who has been working on the production for over two years.

TCI: Whatâ€™s it like to see an idea come to fruition after such a long time?

Kat Henry: I mean itâ€™s ultimately satisfying. Itâ€™s not finished, so itâ€™s not at fruition. Itâ€™s just a step in its process. So I canâ€™t answer that definitively until itâ€™s a completed thing. But the process has been complex, itâ€™s been many different things actually. Itâ€™s been a long time that weâ€™ve been working on it â€“ on and off. But itâ€™s changed a lot in that time. At this point, I think after seeing this creative development showing itâ€™s quite beautiful for us to watch it because weâ€™re so kind of in love with the ideas. So itâ€™s quite beautiful to see the audience responding to that and enjoying it.

TCI: How important do you think it is for there to be representation of LGBTIQ characters in modern Australian theatre?

Kat Henry: The point was never to make, you know, a â€œgay showâ€ that identified as LGBTIQ but the three of us are women (the three main creators of the show) and we just felt like in order to tell the story from our perspectives it felt natural that both the character would be female as well. And so itâ€™s almost incidental to us what their sexuality is. Thatâ€™s not something that the play is about, itâ€™s not something that is explored in the play, it just so happens that theyâ€™re two women. I also think though that itâ€™s very important that there are a diversity of stories on stage.

TCI: How do you expect Australians will react to this play especially considering Australiaâ€™s current political climate â€“ with issues arising about terrorism, refugees and our impact in Asia?

Kat Henry: Well I think it is a romantic comedy so I think that this development has shown that itâ€™s funny, itâ€™s heart-warming and hopefully thatâ€™s what people respond to first because then it gives them the opportunity to be able to think more deeply about the other issues that are within it. You mention terrorism and the bomb blast that happens in this play isnâ€™t set off by Muslim extremists at all. Thatâ€™s not whatâ€™s happening in Thailand. And I think itâ€™s interesting that what is going on in Thailand is not represented in the Australian or Western media. The global community – the global Western community, has come to associate bomb blasts with extremist Muslim terrorism which I think is an appalling state of affairs because itâ€™s not confined to that perspective. So itâ€™s not trying to make any comment on that but it is something that Thailand is battling with -Thailand is having a really politically diabolical time. I hope that people will watch and find out more about whatâ€™s going on in Bangkok and Thailand rather than assume that itâ€™s about some version of media that weâ€™re usually given.

TCI: Is there any word of when â€˜Soi Cowboyâ€™ will be complete and where the finished show will be presented?

Kat Henry: Weâ€™re not sure at this stage. Weâ€™ll just have to wait and see what kind of opportunities come our way. 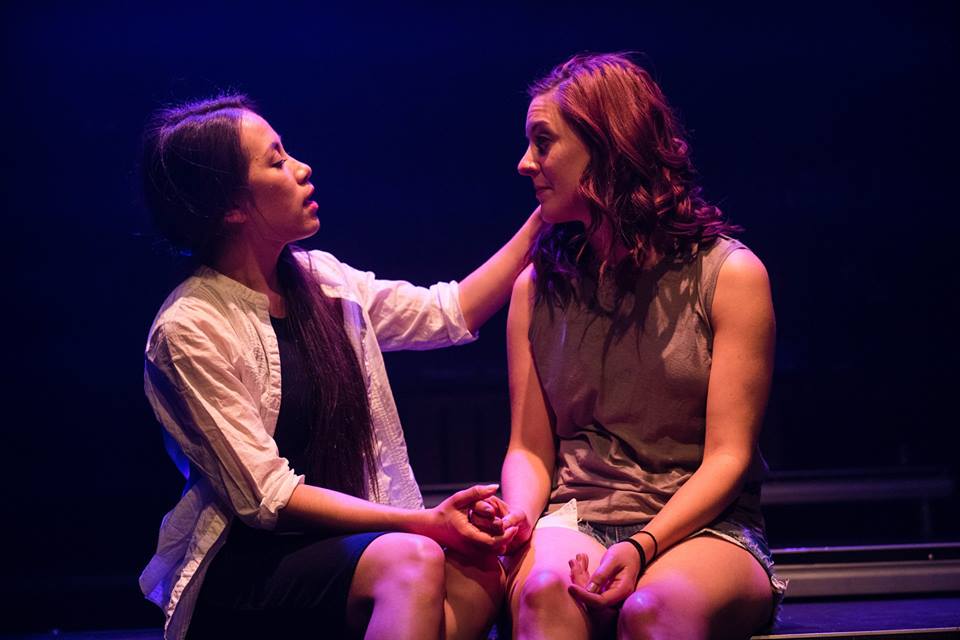 Although this Developmental Presentation of Soi Cowboy has currently finished its run at the Brisbane Powerhouse, it’s vibrant, unique themes and entertaining performance will no doubt make an impact in the Brisbane theatre community.