Songs for the Fallen Soars

Songs for the Fallen parties like itâ€™s 1847, in a delicious whirlwind of music, laughter and debauchery.

Sheridan Harbridgeâ€™s 19th century French romp is an eclectic confection of a show. Combining the best parts of vaudeville, cabaret and musical, it packs the extraordinary life of rags-to-riches courtesan Marie Duplessis into ninety minutes of high-octane antics, resonant new music and dirty jokes. Sitting firmly in no particular genre, the show can perhaps best be described as a damn good time. The fourth-wall breaking, jazzed up cabaret antics save Marie from a stage-life as an off-brand Fantine, while the musical-like narrative pulls a frenetic and jam-packed show into one cohesive whole, with real depth of story and emotion. 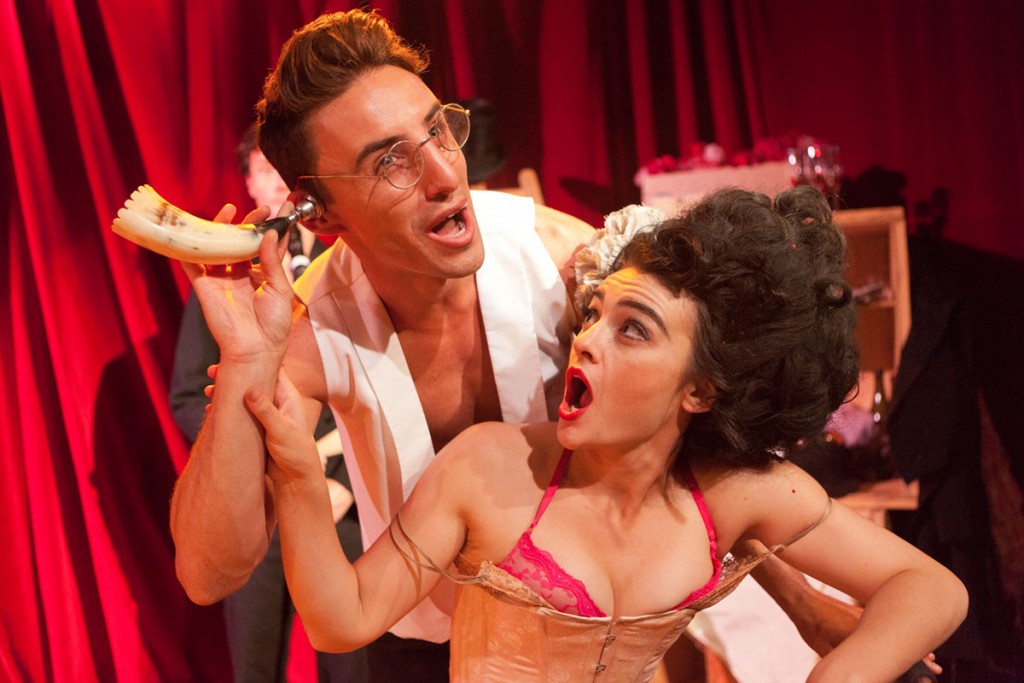 The production is lavish in every aspect â€“ from the silk-draped bed that dominates centre stage, to the terrific gothic pop songs dotting the performance, to the sheer breadth of the story, one gets the impression that no expense or effort has been spared. Doubtless the big-spending Duplessis would have approved.

Harbridge is a charmingly brash ringmaster of an increasingly mad circus. Her powerful, rich voice is matched by her filthy wit, as she juggles genres, audience forays, a procession of lovers and a tidal wave of glitter. Her offsiders, Ashley Hawkes and Ben Gerrard adroitly cycle through a slew of supporting characters and a variety of improbable accents, their deadpan delivery the perfect foil for Harbridgeâ€™s antics. 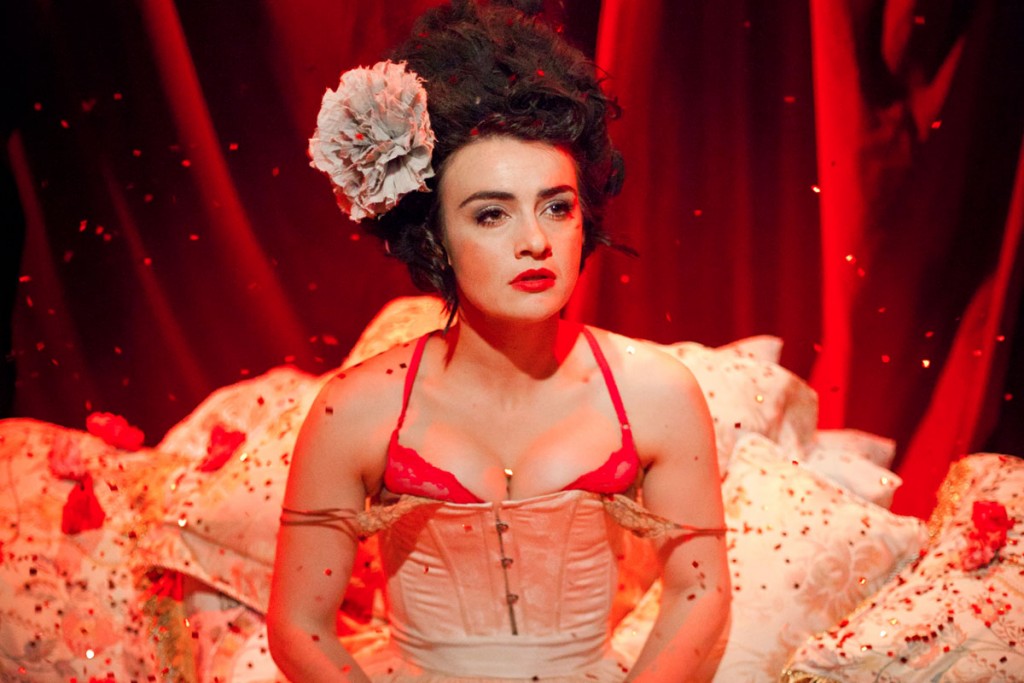 Despite the outward gloss, there is a sharp undercurrent to Songs of the Fallen. While Marie Duplessis has been immortalised and adapted by Alexandre Dumas, Verdi and Baz Lurhmann, Harbridge finally returns a life of infamy to the woman who lived it. Marieâ€™s perspective is firmly at the centre of the show, and embedded in the sumptuous design and the bawdy jokes is a keen commentary on the reality of such womenâ€™s lives and the romanticisation of their deaths.

Songs for the Fallen is hilarious, wild and unexpectedly moving â€“ a fine way to see your weekend out with a bang.

What Songs for the Fallen

For more information or tickets, head to the Powerhouse website here.