Held in the Urban Arts Projects’ industrial foundry, this innovative concert brings together opera and contemporary songs in an unusual setting. The program spans from Monteverdi to ABBA, Beyoncé and David Bowie.

Performed by Opera Queensland, UQ Pulse Chamber Orchestra and The UQ Singers, Songs of Love and War explores passions and desires of composers over 400 years.

Musical director and conductor Dane Lam had a quick chat with TCI ahead of the show, on bringing opera and modern music together.

The Creative Issue: What inspired the program for Songs of Love and War?

Dane Lam: Well, Patrick Nolan, our artistic director had always been interested in doing something with Monteverdi. I think he had previous experience directing some Monteverdi with other companies. So, when he mentioned his Songs of Love and War, I started to rehearse it and think about how it could work. I have to admit, I didn’t know much about Monteverdi’s madrigals before, it’s not where my career had been in terms of repertoire. So, I had to look into it more and I found a lot of parallels between the texts for the Madrigals and pop songs.

When it came to partnering with the University of Queensland School of Music, I thought we could really give an opportunity to some young composers to reimagine these pop songs that were related to Monteverdi. So, you had Monteverdi’s A Glance at her Bright, Beautiful Eyes paired with Van Morrison’s Brown Eyed Girl, or Monteverdi’s Others May Sing of Mars with David Bowie’s Life on Mars. These aren’t just arrangements that these composers have created. They’re using these contemporary songs as a jumping off point to reimagine with a full orchestra. They’re thinking how they could work together, complement and meld in and out of the Monteverdi. Also, we’ve got this fantastic industrial space, a working foundry in UAP for our performance venue. So, it’s something very special.

TCI: What are you most looking forward to conducting in the repertoire?

DL: I have to say, I’ve been really enjoying getting into Monteverdi, for the first time in my career. He sort of was the first rock star of music. His harmonic progressions and his actual harmonies, straight vertical chords, the way he uses rhythm, and the way he sets text are really shockingly new, fresh and contemporary. When we view it, we hear it through modern eyes and ears. It’s been a joy to unlock this fantastic stimulus from Opera Queensland and from the University of Queensland and put it together against this other music that offsets so well. So, I would say I’m really looking forward to bringing some excellent Monteverdi madrigal performances to Brisbane.

TCI: What are some challenges in presenting both old and modern music, and switching between opera and pop?

DL: Well, I suppose it can seem really gratuitous, because they can occupy very different performing worlds sometimes. So that was the real challenge for the composers not to just arrange it, like they might for an orchestral concert with a with a contemporary singer or a pop singer or for the footy or whatever. Their brief was really to use little snippets of melody, little motifs, rhythms, whatever they could find salient features of these of these contemporary songs, and then weave it into the fabric of the orchestra in a way that would come easily out of the Monteverdi. I think they’ve been very successful. It’s been wonderful to bring these new Australian compositions to life and juxtapose those with music from the 17th century. They do go alongside each other very well. 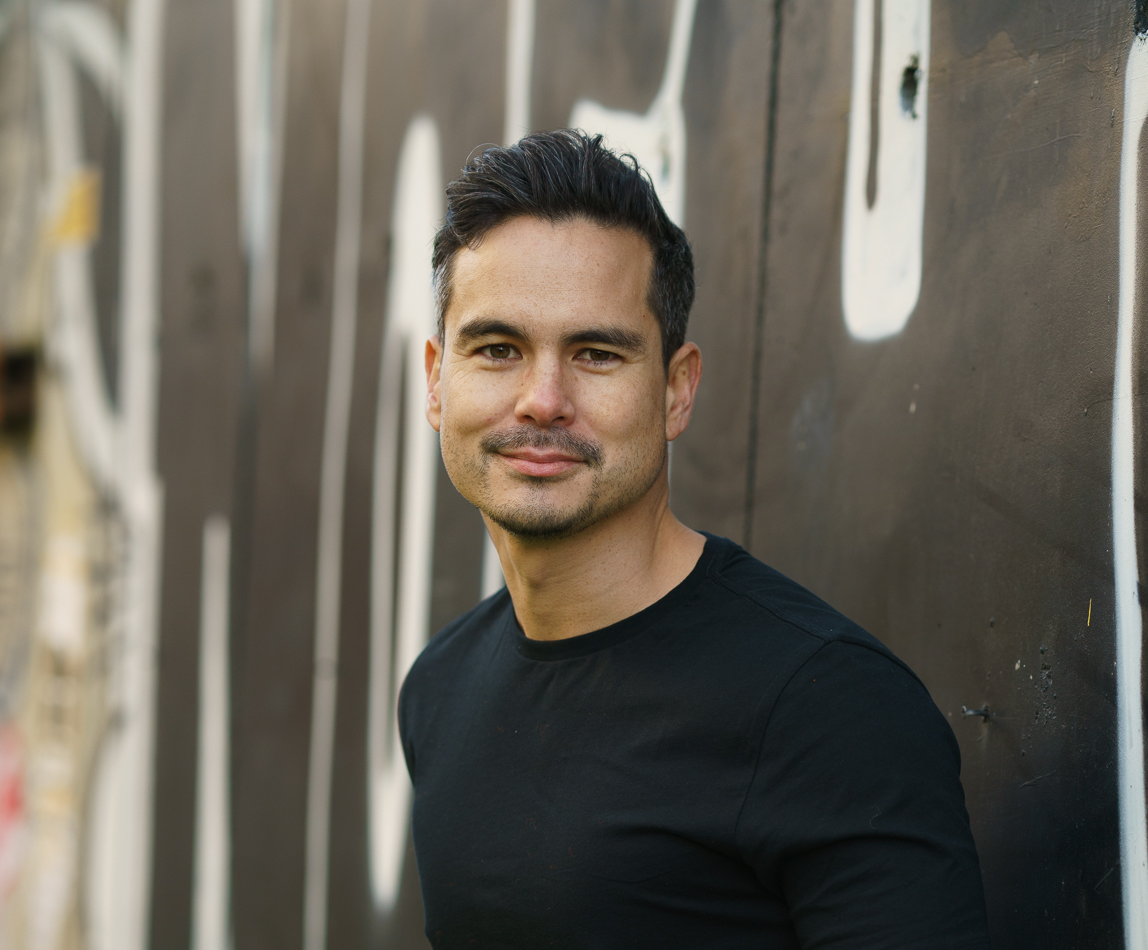 TCI: Tell me a little about the Urban Arts Project setting. What is it like to present a concert in this industrial venue?

DL: It is such a fantastic space. It’s vast and imposing, totally industrial. It’s exposed beams, there’s the foundry, there are different rooms. They’re like two big aircraft hangars really. So, there are challenges because it’s not a theatre. So, we’ve had to rig up our own lights. We’ve had to make sure there are no hazards. It’s a moving performance, so we’ve had to make sure the way is clear. But with those challenges come so many rewards. Much of Monteverdi’s music, not as madrigals, but his sacred music would have been performed in cathedrals, and the setup, the acoustic high ceilings in UAP, is not unlike a renaissance Cathedral. It’s a more modern context. It’s a place where so much wonderful art is created, so visual art sculpture, installation. We’re bringing in another kind of art to that space.

TCI: What is it like to conduct a promenade performance compared to a concert in a hall?

DL: You have to be adaptable. You have to be able to negotiate distance and changing distance. The orchestra can’t always move, although we do have little roaming subgroups from the orchestra moving. The conductor’s job is to try and negotiate that distance because light travels faster than sound. So, if the performers can stay with my beat, not trust theirs ears, which are very deceptive across large distances in that cavernous space, then we can get things together. It’s not the first movie performance I’ve done. I’ve conducted a promenade opera in London, which was the family opera, it was Alice’s Adventures in Wonderland. It’s very rewarding as a performer, but especially as an audience member, because you can see different scenes, different stories set against backdrops that really suit those particular stories in a way that you can’t get in a static theatre.

TCI: How does it feel to collaborate with UQ Singers and UQ Pulse Chamber Orchestra?

DL: It’s hugely rewarding. It’s part of my new gig, my new appointment as a lecturer in conducting and director of the UQ Symphony Orchestra. I have to say, at this point in my career, I’m really enjoying working with the next generation of performers and young musicians. I think they give a lot. They don’t understand limitations. They’re willing to commit everything to these performances. I love to see how quickly and how keenly they improve and go up by orders of magnitude in terms of their performance. So that is a real pleasure for me, and I love being able to unite them with my other position at Opera Queensland and my colleagues at Opera Queensland. it’s just wonderful to marry those two worlds.

TCI: What can audiences expect in the concert?

DL: Audiences can expect a totally new and innovative experience. If they know Monteverdi, they will be shocked by the setting, and by how we juxtapose it with these new works. If they love David Bowie or Beyoncé, they will be able to appreciate the songs in a totally new light when it’s set against this wonderful Monteverdi music. So, there is something that people from all ends of the musical spectrum can appreciate. Then the setting is just breathtaking. It’s an easily digestible evening of fantastic music, in a great setting.

I just think that this is something that is really going to be unique and new to Brisbane. So, I would be getting in there as quickly as possible because there’s limited tickets and they’re going very quickly.

Opera Queensland’s Songs of Love and War is on at Urban Arts Project’s foundry this Sunday. Don’t miss out on this fiery, passionate performance.