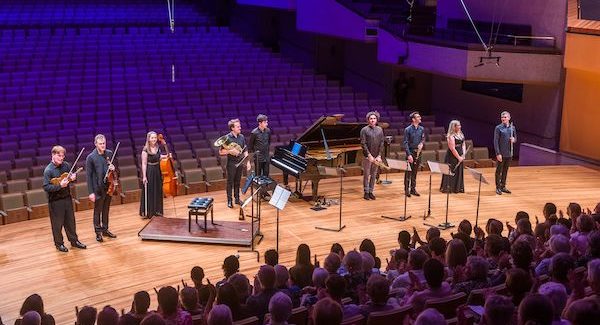 Southern Cross Soloists are a chamber ensemble of Australia’s leading musicians known for their musical excellence.

As Company-in-Residence at QPAC, Southern Cross Soloists collaborate with national and international artists at the forefront of chamber music.

Southern Cross Soloists are celebrating their 25th anniversary this year, but without performances, it looks a quite different.

The Creative Issue had a chat to SXS artistic director Tania Frazer on what life is like for the ensemble and its artists during isolation.

The Creative Issue: How has isolation been for you as an artist and for SXS collectively?

Tania Frazer: Funnily enough, I’m doing more work than ever. I haven’t stopped working from an admin perspective, just with so many things on the go, with cancelling Bangalow and our QPAC concerts. We’re doing a lot of planning for next year, as well as working on a digital stream of the ensemble.

At the same time, it’s a great opportunity for us to start working on the things we’ve been meaning to do, we haven’t had the time, money or manpower to do it. We’re learning new skills, thinking outside the box a little bit. 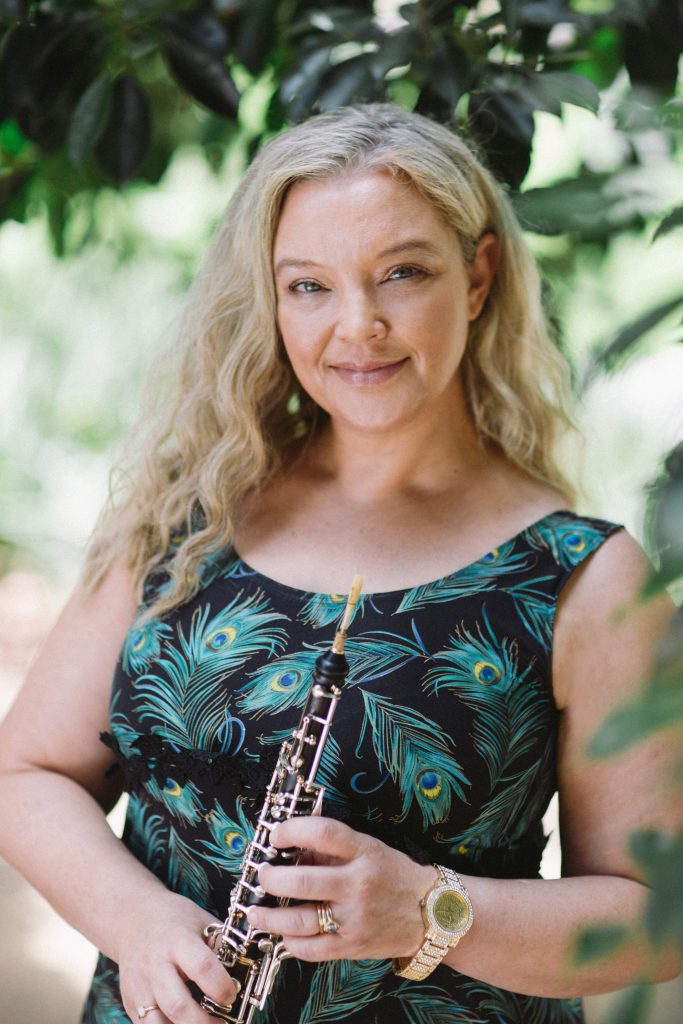 TCI: What are your plans for going digital?

TF: I’m in the middle of constructing a plan for a digital stream of Southern Cross Soloists. We want to do it really well, and we want to do it differently. So, we’re spending time strategically developing it. We’re also looking for funding to get the right equipment. We all need to up-skill in tech. So, that’s what we’re working on.

We have all of our musicians meeting up in a Zoom meeting every few weeks. We’re finding that in some ways it works better, because we didn’t have time for meetings with the artists when we were rehearsing. So being able to meet across the country via Zoom has been great.

Although I’m doing a lot of management work for the company, it has been beneficial to stop and slow down. I’ve felt in the last few years that life has become so fast and when you’re running concerts and festivals, you don’t have time to breathe. This has given us a chance to reassess and see where we are and just have a breath.

I’m getting time to practise. I’m working on creating some new repertoire for myself, writing new arrangements, doing a little bit of composition. It’s been really tough that we can’t perform, but there’s been a silver lining. We’ve been able to do things that we never dreamed of doing because we didn’t have time. 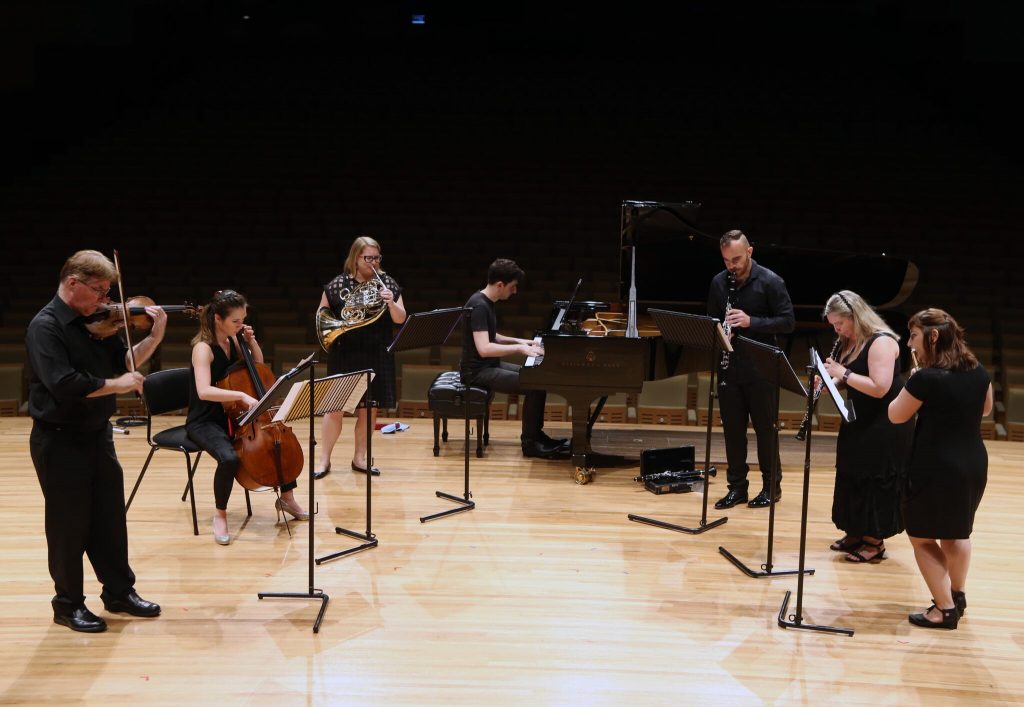 TCI: How has cancelling Bangalow Chamber Music Festival impacted you?

TF: That’s been tough. We had to make a call. With Bangalow, we run that ourselves. We don’t get any funding. We’re fully dependent on selling tickets in order to fund the festival. We found that with QPAC and Bangalow, we haven’t sold any tickets since February. Our audiences are in the high-risk category, and some of them were already asking for refunds. We don’t want to put any of our audience at risk. It’s almost impossible to social distance at a concert, we don’t want to be playing to a half-full audience, because that wouldn’t be financially viable. We had already invested a lot of time and money into Bangalow.

I’ve also had to cancel the guest artists. Our guest artists make their entire living from performing. We had international guests coming, and there was no way they would be able to get into the country by August. Then, they might need a two-week quarantine, so we couldn’t really expect them to do that. I’m worried that they’re really struggling for income, as are the members of Southern Cross who also have careers purely of performing as solo or chamber musicians. It is really a difficult time for portfolio musicians at the moment.

Later in the year, we’re hoping to still pop down to Bangalow to do some performances for the local businesses. The other economic fallout from us not holding the festival is that businesses down there usually make money from the festival. We’re talking about all the accomodation providers, the restaurants, the shops. Even the lighting technician has lost all his work, so he has no income. 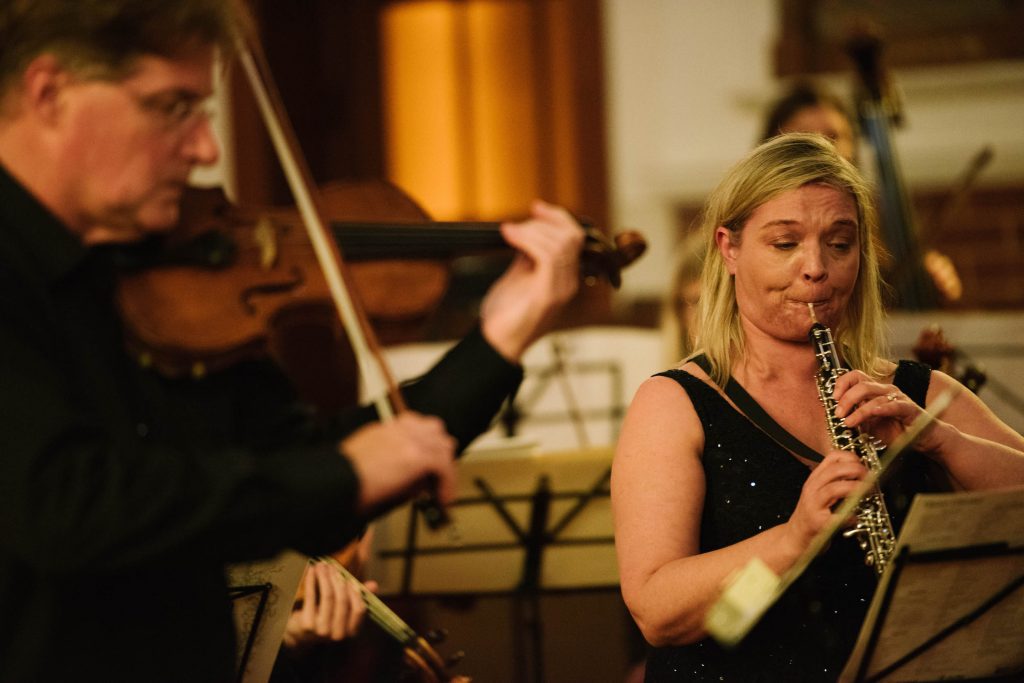 TCI: Tell us some highlights of your experiences as Company in Residence with QPAC?

TF: We’re grateful to be Company in Residence at QPAC. It’s a really world class hall to play in, it’s one of the best performing arts venues. It’s fantastic working there.

It looks like we’re going to have to cancel our July concerts. QPAC’s been very supportive of all their companies in residence during this time. We’re not incurring any penalties for having to cancel the performances. QPAC will be refunding our ticket holders for us, whereas for Bangalow, we had to do that ourselves. It’s definitely helpful to have QPAC support behind us.

TCI: Tell us a little about your Next Gen Artists Program?

TF: So that’s another thing that’s had to be put on hold. Our Next Gen Program’s been going really well. Last year we established a concert series for them at a new venue in Kenmore and that went really well. This year we were developing that further. Now the first six months of the year has been put on hold. We’re still hoping to have them performing in Kenmore as soon as it seems viable to do so. So, we’re waiting to see what the limits for gatherings are going to be for that. We’ll be trying to get them as many performance opportunities as we can.

The Next Gen were also meant to be coming to Bangalow and having a major feature concert down there, but obviously that won’t be happening this year. We hope we can make up for that by finding other performance opportunities, both in Bangalow later this year and when we present the festival next year. 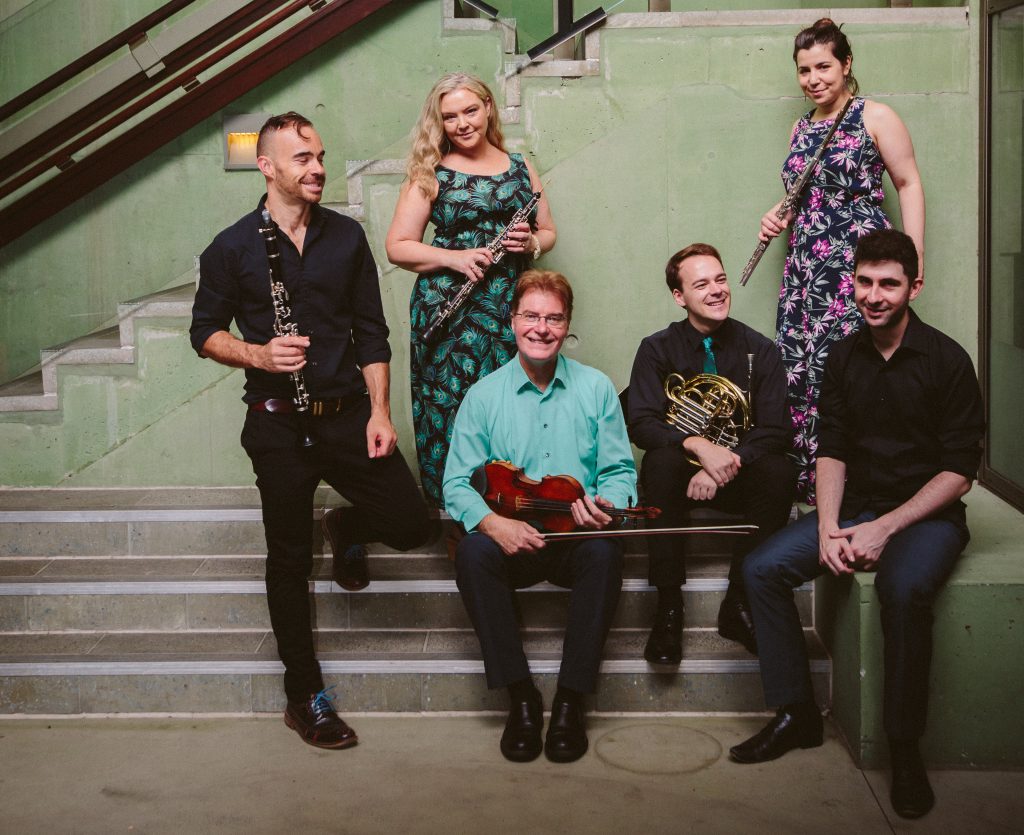 TCI: What advice do you have for music graduates looking to start their career in performance?

TF: I think there are a lot of opportunities to be incredibly creative. You just have to look at Two Set Violin. Not only are they incredibly well-known in Australia, there was also an article about them in the Strad Magazine as one of the top digital performers. Two Set Violin who I see at the Con everyday doing little recordings, have made it to that type of international acclaim.

The other thing I would advise students is to use this time to really work hard on improving your playing, without the stress of having an exam or playing a certain piece or scale for an audition. You can actually just work on the basics, and I think that will help you to have a better career in the long run, if you get the techniques really solid now. I think with all the time we spend driving, travelling, going to things, we often tend to lose sight of the basics. So, again, it’s a really great time for a reset, for all of us, I think.

TCI: After the pandemic, what are your plans for getting back on stage?

TF: Well, we’re definitely committing to our October concert with Slava Grigoryan. It’s been a bit tricky for us, because this is actually our 25th Anniversary year, meant to be the big birthday year. Our second QPAC concert was meant to be a big birthday concert for us. So, in our digital engagement that we’re working on now, we’ll hopefully be having some kind of 25th celebration through that. I think the October concert is going to end up being pretty huge, because we’ve gotta make up for the whole year in that one concert. Last time Slava came to play with us, we sold the concert out. I think it’ll be very celebratory and quite a great party.