Day two of Splendour in the Grass is done and dusted.

Amy Shark made the move from the G W McLennan tent to the Amphitheatre this year, performing at 3:30pm to a much bigger crowd.

Amy revealed mid-set that earlier in the day she’d been told her debut album Love Monster had hit number one in the ARIA charts, and her performance was the perfect celebration.

It might seem daunting to take to the stage with an album just 2 short weeks after its release, but if Amy felt that, it certainly didn’t show. Reminiscing about where she sat back in her own Splendour days, Amy shone as she performed new tracks like I Said Hi and Don’t Turn Around. Her touching lyrics, along with her impeccable vocals and guitar skills allowed her to fill the stage with her presence. 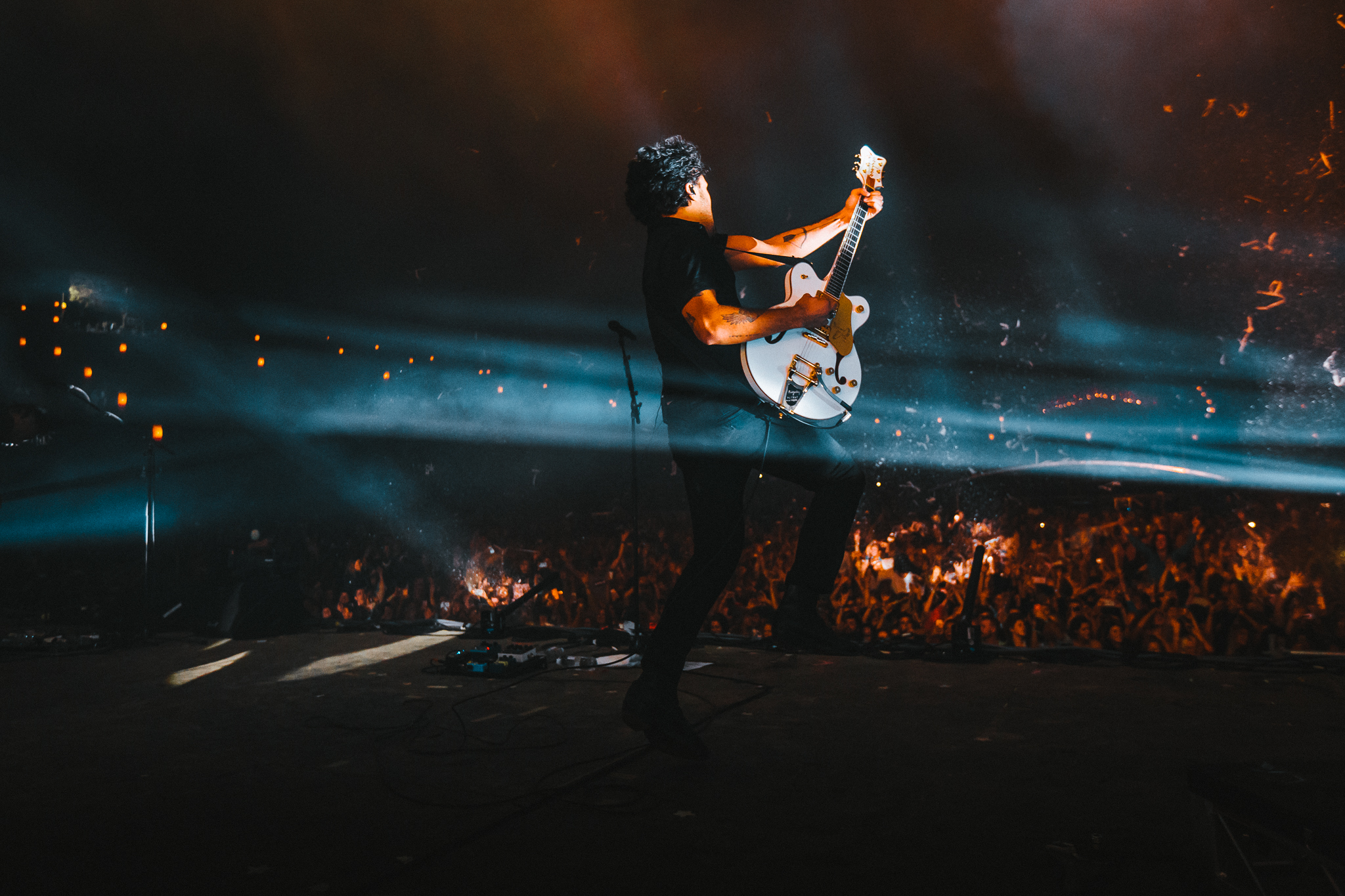 Gang of Youths tugged on our heartstrings with Splendour’s most powerful set so far. It felt like each and every member had some type of personal connection to the band’s music, either holding a loved one close, belting their lyrics at the top of their lungs or watching in sheer awe.

Gang of Youths are truely a unit, while lead singer David Le’aupepe’s eccentric dance moves and cried surfing were eye-catching, over the course of the entire set, the band proved the power of a tight-nit group with their group intensity, ability to bounce off each other and deliver a tight, flawless set. 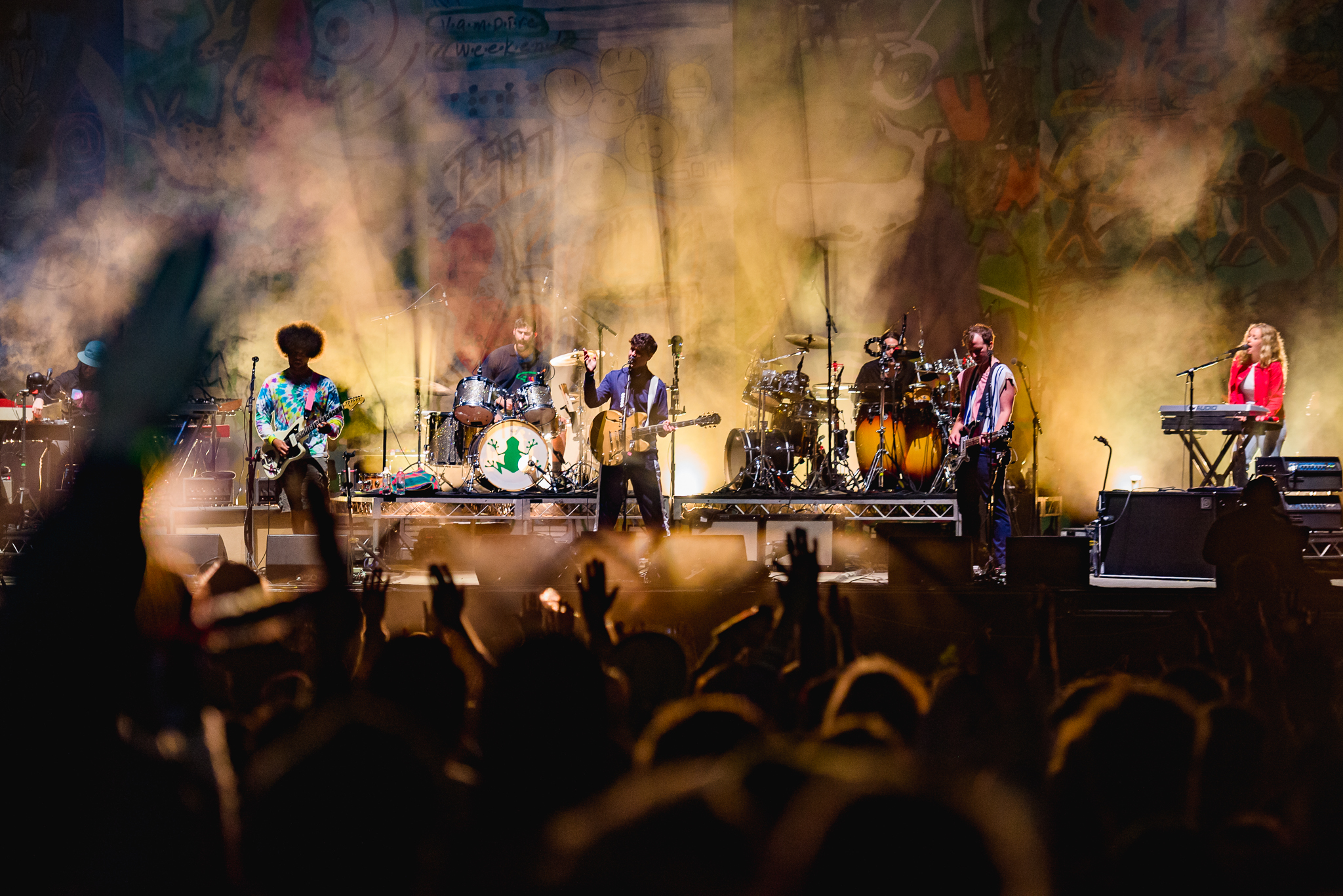 Also making their Amphitheatre debut were Vampire Weekend, who we haven’t seen on Australian shores in 2013. Marking their first festival since, they were the perfect way to warm up on a chilly Saturday night.

Delivering hits like A-Punk, White Sky and Giving Up The Gun, Vampire Weekend had their crowd up on their feet, singing at the top of their lungs and dancing into midnight.

We wouldn’t expect anything else from the 11 year old band, but Vampire Weekend examplify the power of a tight performance. From their Afro-inspired guitar plucks to falsetto vocals, the band have mailed their sound and have us excited for new music. 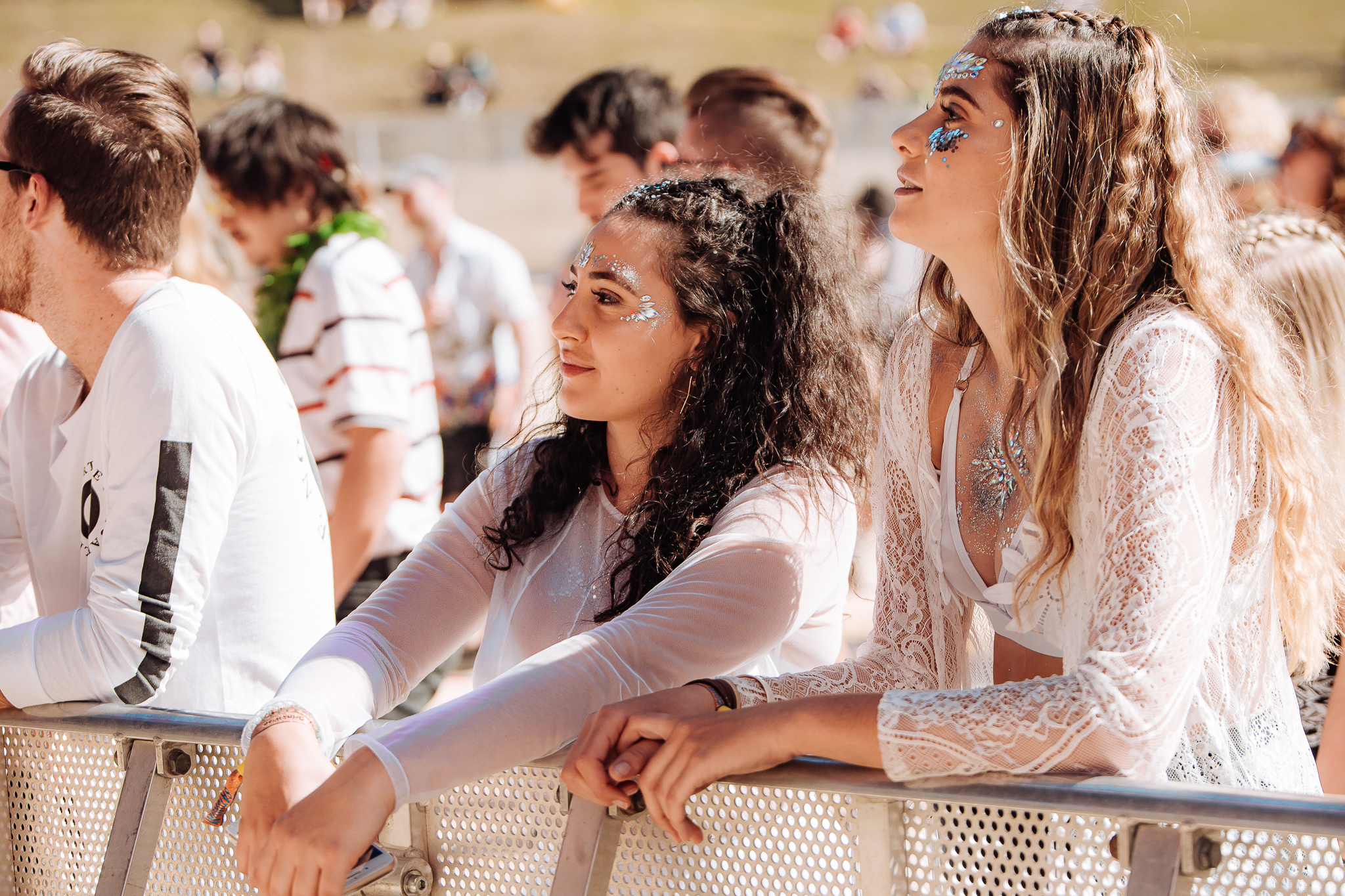 The Feel Good Moment: Vampire Weekend’s Ezra Koenig celebrating the band’s promotion to a night time set on Splendour’s biggest stage by saying, ‘We finally played at night! We did it, never give up on your dreams”.

The Groovy Moment: Gang of Youth’s David Le’aupepe’s ridiculously good dance moves during the band’s performance of Let Me Down Easy.