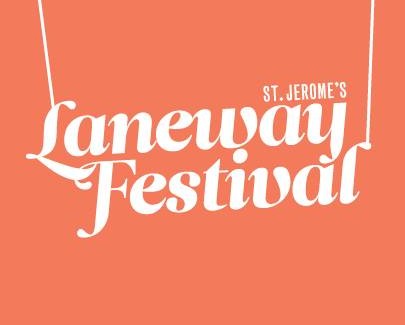 It’s rolled around to that time of year yet again.

After last year’s Class-A lineup amongst which the likes of Lorde, Danny Brown and Jamie XX graced the stages of Australia’s major cities, our sunburnt shores are once again beginning to brace themselves for another several days of dagwood dogs, vendor burgers, and the bittersweet sounds of final songs from your bucket list bands that inevitably end during your sprint from Lorde to Jagwar Ma.

Artists in 2015 include Courtney Barnett, Andy Bull, English duo Royal Blood, and interestingly the ambiguous FKA Twigs to add some extra overseas presence to what is a quite diverse lineup- the likes of Dune Rats, Vic Mensa, Mac Demarco aiming to remind us of the rich mix of genres the day long festival provides. 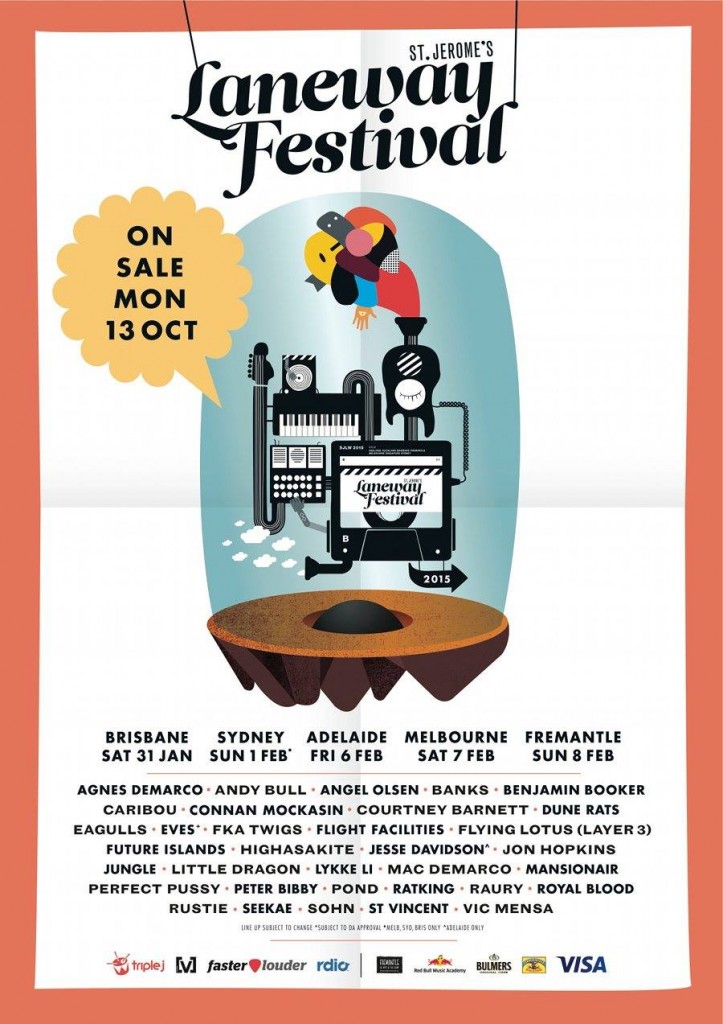 The Laneway Team has also stepped up their social media presence; some banter lining the festival’s page in silver, while whichever team is behind the Sydney leg of the festival seems to be keeping a keen ear to the ground in terms of preempting media appreciation, Mac DeMarco’s mother appearing as an MC, as well as music wildcard SPOD.

Now, SPOD is an interesting case.
A musician, director that’s created clips for Snakadaktl and The Vines, apparent Sydney jerky salesman, and social media presence, he seems to be the polymath that Laneway deserves. After a spectacularly tongue in cheek campaign against the organisers of the festival, his request to have reimbursed the $26693.92 worth of extravagant ‘handshake deal’ expenses for which he claims he ‘footed the bill,’ has seemingly paid off, Laneway announcing that he will be appear alongside Agnes DeMarco as an MC in Sydney on February 1st. 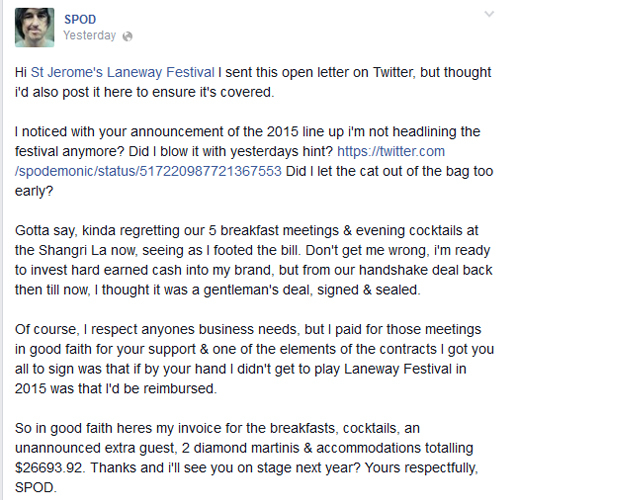 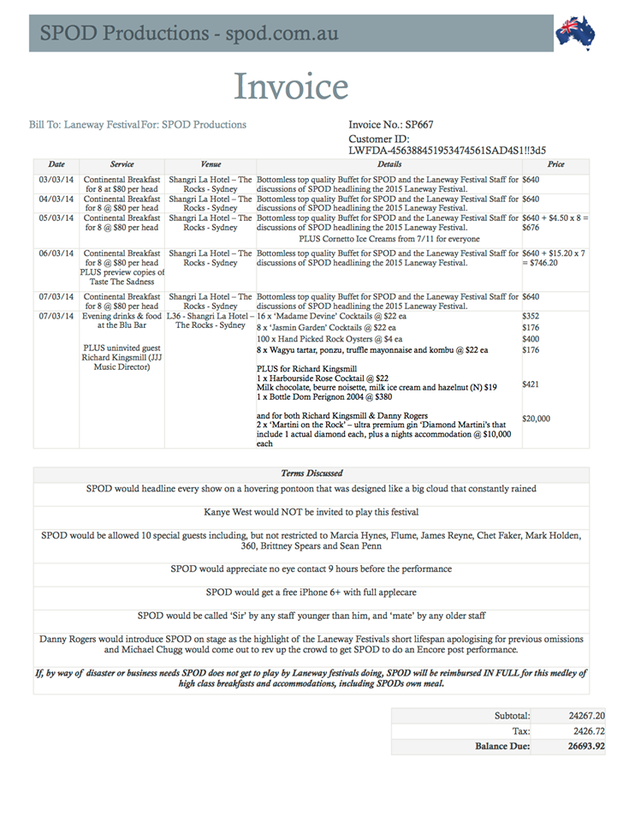 We live in hope that Sean Penn attends Laneway 2015.