Star On The Rise: Mardi Wilson On 'Astronaut'

Songwriter Mardi Wilson is a regular on Brisbane’s gig circuit and is capturing quite the fan base. TCI caught up with the 23-year-old following her set at the Tenerife Festival’s River Stage to chat about her latest single, ‘Astronaut’.

With polished production and thoughtful songwriting, ‘Astronaut’ is a beautiful listening experience. It’s also a sign of big things to come for Mardi — she spent the first half of 2019 supporting big name artists such as Richard Clapton, Diesel and Pseudo Echo, and has already begun recording her debut album.

TCI: I read in your bio that you don’t actually read music. Are you self-taught, and where did your interest in music begin?

Mardi Wilson: I learnt guitar from a teacher. We had two years of playing together, but he said, “maybe you should learn how to read music”. I was pretty stubborn, and I find it very hard to read so I never really got the hang of that. We more just jammed together. That’s sort of where it started, but I’d always liked writing songs before that — sort of from when I was a little kid.

TCI: When did you start writing, releasing and performing your own music seriously?

MW: Seriously, probably a year after school. So it was 2013, and someone posted on Facebook looking for female musos. I completely winged it and went to the gig and tried my best, and I’ve been gigging ever since.

TCI: As an independent artist how did you start to get your music and your voice out there, and how do you continue to do that?

MW: I think it’s been a lot of luck in the way of meeting people who really believe in my music. The first guy, Dean, who recorded an EP for me in his home studio, just had that belief. I think that meeting people that kind of push you and go, “no, you’re really onto something good”, has probably been the best motivator to release and do it. 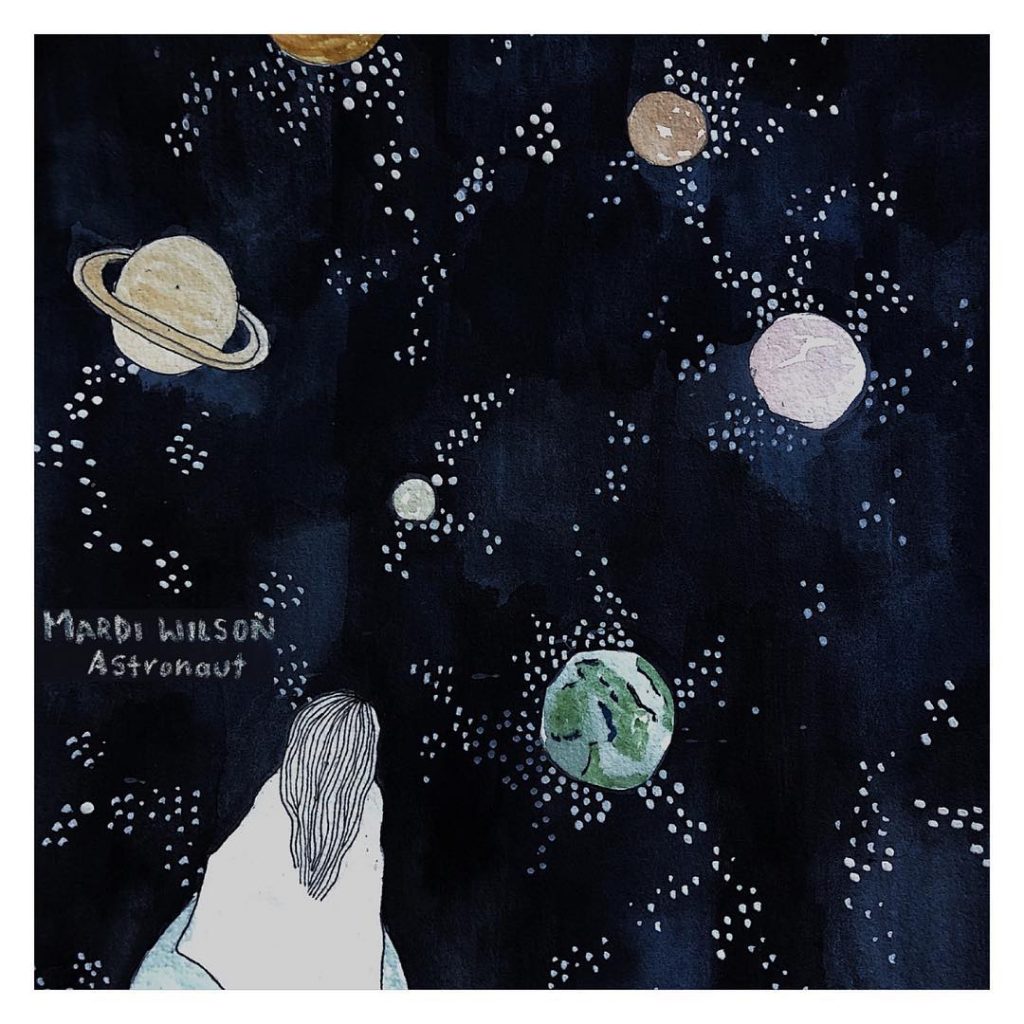 TCI: What was the inspiration behind ‘Astronaut’?

MW: I wrote ‘Astronaut’ when I realised that I felt like I was always searching for a deeper level of connection with friendships and relationships. When I talked to people, I realised that there were other people who felt the same. They just felt like they were never quite getting there, and it made them feel isolated or sort of different in the way that you feel separated. Now after releasing the song it’s cool because a lot of people have said “I feel the same”, so it goes to show that you’re not really so alone.

TCI: Do you think that’s something that’s related to technology and our generation?

MW: I think so. In the bridge it says, ‘To you and all your carefree friends do I seem like the alien?’, and it’s kind of about… People just kind of being careless, not so much in life but just about other people’s emotions. Like, there’s so many options… You can go to this party or that party, or you can ditch a friend so easily, so it turns into this… People don’t think about other people’s emotions so much anymore.

TCI: What was the experience of recording astronaut like?

MW: It was so much fun! So I went to Blind Boy Studios with Brad Hosking, he recorded and produced it, and I played the drums for it and the guitar, and the vocals obviously. He sort of helps adding in random things like this little machine that vibrates the strings. I can’t remember what it’s called, but it makes this wacky sound. We really thought let’s just experiment and try and find the perfect sound for this song. I think we got there in the end.

TCI: It sounds fantastic. You can tell that you’ve stepped it up production wise.

MW: Yeah, we went sort of from barebones acoustic with that first EP where I was just kind of recording demos to spending ten takes on one word or something.

TCI: Do you think that your percussion background has impacted the way you construct your songs?

MW: I don’t even know what I think when I’m constructing a song, but percussion has definitely come into my live performance. In playing the foot percussion, one day I was sitting at the drum kit and I decided to pull my guitar out and have a play and see if I could do the drums with my feet. It went from there, and I don’t know what I’d do without having that kind of beat to go with it now. 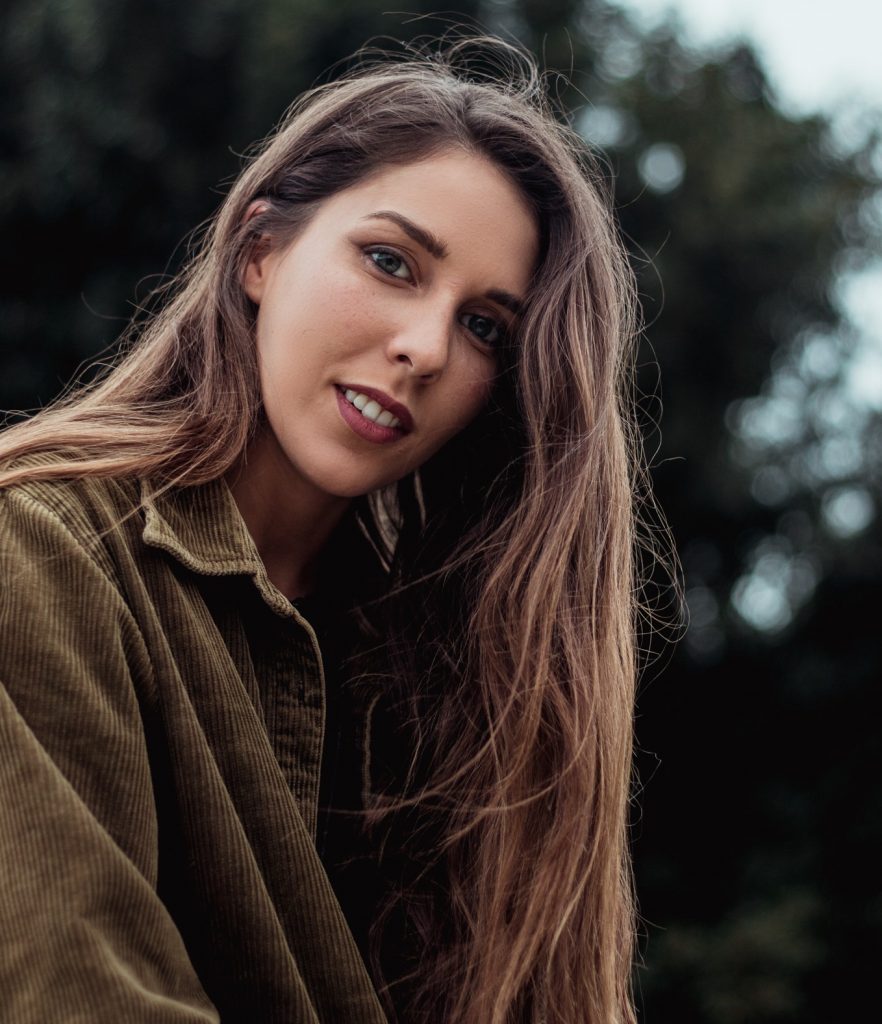 MW: Yeah, 100%. I feel like the more people I get to know and meet, there’s always a story or something that you think “oh, I might write about that”. You could find it inspiring or you could completely disagree with someone’s approach to music or life, and I think that’s what it is for me. It makes me want to write when I meet new people because I find it interesting how everyone is different.

TCI: What’s it been like supporting the likes of Diesel and Richard Clapton?

MW: That was a very unexpected kind of turn of events in the last month or so and it’s been absolutely… I was kind of nervous the first time because it was a huge stage and I’d never really done a support show, and then the second time after all of them it was just so fun. I was like “Get me out there!”.

TCI: Do you feel like you’re taking away a lot from those experiences?

MW: I think every time it makes me less nervous for the next time I play. Even if I don’t learn something, I just get a little bit more comfortable with being on stage in front of lots of people. Watching them play afterwards is unreal.

TCI: What are your ultimate aspirations as an artist?

MW: It’s not really in numbers for me. To me, it’s in people that really connect with your music. I love when someone says, “Oh, that song really struck a chord with me” — that was not meant to be a music pun, but now I feel like it is.

TCI: What’s next for you? Are you doing more touring?

MW: Hopefully! I mean, lately I’ve been trying to even send the first email to book a tour venue, but we’ll see. It’s in the works. I’m working on recording an album at the moment with Brad and he’s helping with the rest of it.

You can listen to Mardi’s single ‘Astronaut’ here.