Indigenous comedian Steph Tisdell is one of the biggest rising stars of the Australian comedy industry. In 2019 she hosted the annual Deadly Funny comedy competition, a competition that features new Indigenous comedians, which she won in 2014. In March this year Steph was also meant to host the Oxfam Gala at the Melbourne Comedy Festival which was unfortunately cancelled due to COVID-19.

In recent years Steph has also featured on of a number of TV Shows such as; The Project and Hughesy We Have A Problem. “I loved going to visit Mt. Isa, where I was born, to do a story for The Project. I love my birth city and hadn’t been back for so long; I had an amazing time and got to cement some beautiful friendships with old family friends, as well as showing a side to the town that many rarely see. Of course, though, I would say my biggest highlight is yet to come.
The director of a movie saw my Gala performance and that made them book me for a movie recorded last year. I’ve never been in a movie before and I loved the role and every part of the acting process. It also led to me getting representation for acting by one of Australia’s most prestigious acting agents: Shanahans. So, I’m excited to see what might come from that too”.

Before getting into comedy Steph studied Law and Journalism at university and originally aspired to have a career in advocacy. “I went to UQ. I didn’t finish either degree because I had a bit of a nervous breakdown that, weirdly enough, was what – in a roundabout way – got me into comedy. I wanted to be a human rights lawyer but realised it was a pipe dream and something I didn’t think would get me to where I really wanted to be. So, then I thought about a career in advocacy, a career studying policy and becoming an expert in paternalistic policy writing that perpetuated circumstances that aren’t great for my people. I guess I was looking at working on the periphery of politics and really pushing for reform in educational policy”. 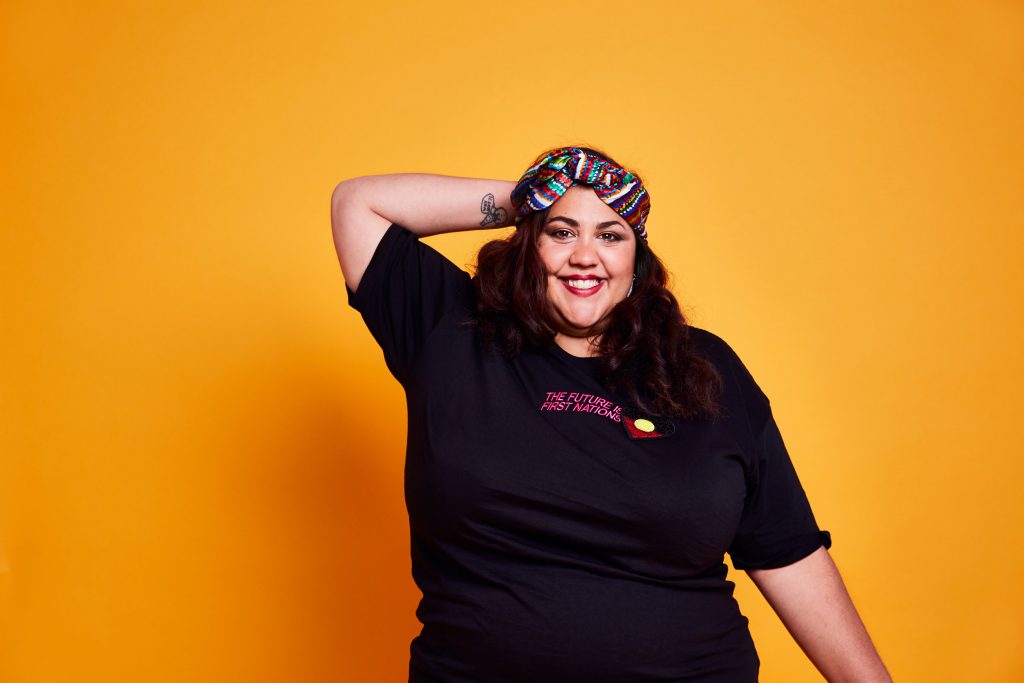 Steph is a well-educated woman and a fantastic role model for Indigenous Australians. She loves using her presence on stage as a platform to inspire other Indigenous Australians to pursue their passion and to be proud of their culture. Her advice for other Indigenous Australians or individuals from minority groups who are wanting to pursue a career in comedy is to “always keep in mind who you’re performing for. I have never wanted to perform for any other reason than to make a difference for my people. If this is what drives other comedians representing minorities, I always try to remind them that their biggest strength is their passion and their unique point of view on the world. It’s not an easy place to talk from and we are open to scrutiny in ways others won’t ever be, but if you keep the end goal in mind, we have a unique way to spread love, tolerance and acceptance”.

Unfortunately, there have been times when Steph has had to deal with racist audience members and she reveals that “it happens more time than you’d think. Past just the eye rolls or the comments on social media, I have actually had people call me a c**n before, I’ve had audience members question my heritage and people wait until a show was over to tell me I should talk about other things. But I think the comments online and watching an audience change their expression when I mention my heritage are the insidious things that stick with me the most”.

Steph says that if an individual wants to reach high levels of success in the comedy industry than they need to think like a business person. “Some advice I gained just from the smallest of conversations with Matt Okine has stuck with me too in which he pushed home the reality that comedians are just business people. The only difference is we’re selling ourselves. So, to counteract the fickleness of audiences, you should be treating yourself as a business and making sure you’re investing in stuff that isn’t just on the stage or in front of the camera. That conversation really made me look at my finances and consider other avenues to keep money coming in that is more long lasting such as; writing, speaking (not just about comedy) and even investing”.

Steph has the mindset of a superstar and it is going to be exciting to see how much she achieves in the foreseeable future. She is set to appear in movie called Love You Like That which is due to be in cinemas sometime in the next 12 months. “I’m so excited to see it! It’s an indie Australian movie and is full of twists and turns and mystery, despite, at its core, being a rom com. Think of an Australian Love Actually with various love stories weaving throughout. The cast is incredible featuring John Jarratt, Mitchell Hope, and Allira Jaques. I’m so excited”. 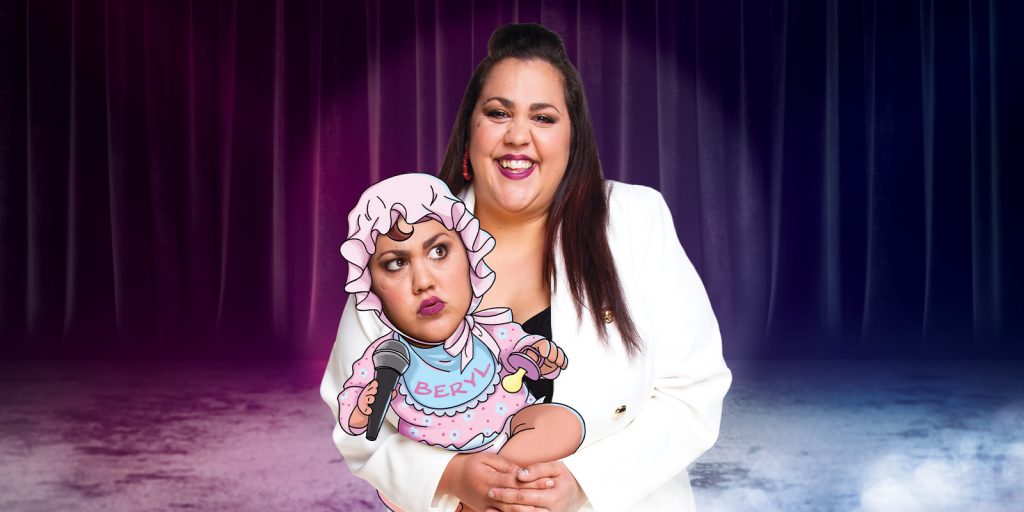 Despite her huge success, Steph has been financially affected by COVID-19. “The comedy festival was cancelled and I had a lot of cool gigs booked through that… But the main event I was looking forward to the most was hosting the Gala. I also had a lot of corporate gigs that were allowing me to spread my message in a more serious capacity. As far as projected income, I probably lost about $40k of actual gigs but up to $65k of stuff that I was finalising or that I could have got over the line”.

However, due to her warm enthusiasm and sheer optimism Steph works hard to find solutions to her problems. As a result of COVID-19 she has found new ways to promote her message and has been busy working on brand new comedy related projects online.  “As a result of COVID, I’ve really changed tack regarding comedy now. I’m super interested in writing and having an online presence at the moment. I haven’t been thinking about the future so much as I’m trying to focus on now and getting through this time. In the next few years however, I would love to write a book, commission a TV series and have a baby”.

Spacey Jane On Their Dazzling Debut