Stewart Tyrrell on 'Brisbane the Movie'

In a time when we all need a little cheering up, the upcoming independent film Brisbane the Movie looks set to deliver the romantic comedy, historical-artefact-hunting flick that Brisbanites have always wanted.

We spoke to the film’s director, writer and producer Stewart Tyrrell about how production is going, what impact COVID-19 has had on their progress, and why Brisbane weather really is just the worse to work with.

The Creative Issue: Just by reading the description for this film, I can tell it’s going to be a really fun time for Brisbane viewers. Has it been a fun movie to make so far?

Stewart Tyrrell: Yeah, it’s been a terrific experience for everyone who’s been involved. The cast and crew who have worked on the project have quite a love for the city and we’ve been working pretty hard to bring that affection to the screen as best we can. It’s been good for a lot of us who have been discovering aspects of Brisbane we never knew existed before.

There are little things I have put in the script for us to pursue. Little things that the average Brisbane local may not know or even notice, so that’s been one of the best aspects for the cast and crew – that they’re always loving something new to discover and going to new locations. So yeah, it’s been a lot of fun for everyone.

TCI: So where did the inspiration for making a film set in Brisbane come from?

ST: Well I’m not actually from Brisbane originally; I come from down south. When I moved up here, I thought the city is quite beautiful, and the locals are really friendly. And because I work in South Bank, I get to see a lot of the city all the time and I thought why hasn’t Brisbane really been seen in Australian film before? 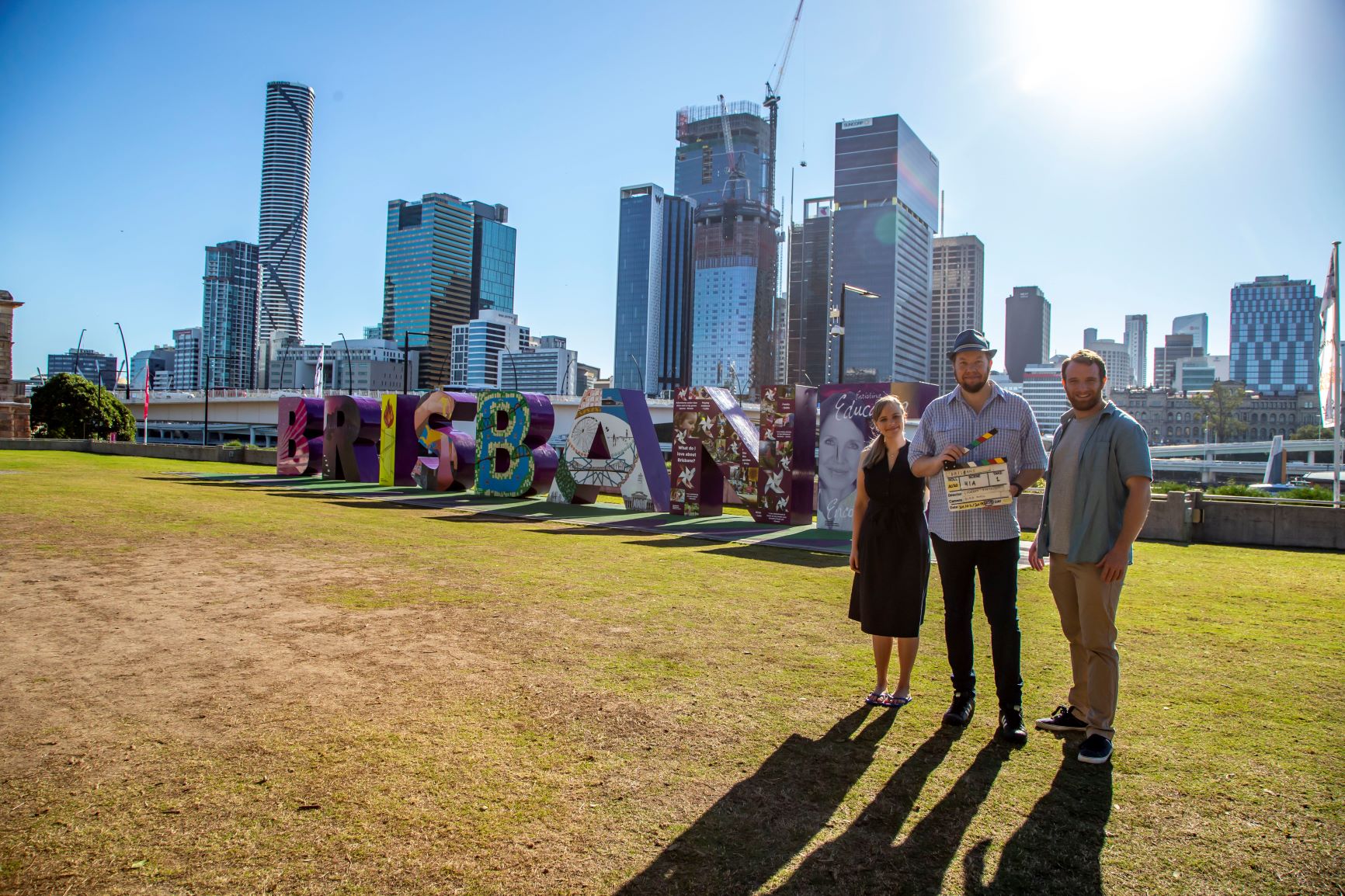 I decided to become a bit of a tourist, so I did all the little tours and bits and pieces around the city for a couple of years. That way, I discovered the city on a more intimate level. It’s interesting that locals don’t generally do touristy stuff in their own city, so they don’t often know a lot of the stuff that people from overseas come and experience. So, I thought it’d be nice to capture some of that and put it into the film as well as the general flavour of what we understand when we go into Brisbane.

So, then I sat down and wrote a story in the rom-com genre that allowed the characters to roam across the city. And then there’s a little bit of a caper sub-plot that allows us to show off a lot of the iconic spots and all the little details around Brisbane.

TCI: What stage of production are you up to?

ST: At the moment, we’ve done 40 days of shooting and probably have half a dozen left. We’re on hiatus at the moment, but we’ve also stared post-production and that’s in the editing phase.

TCI: Has the impact of coronavirus had much of an effect on the filmmaking process?

ST: Well the project is a low-budget feature that’s basically out of my back pocket, so there’s no strong deadlines to stick to. I’ve been able to take breaks when I’ve needed to, and to schedule around things when cast and crew have had personal stuff come up. And while it has been stressful at certain times, I’ve also been able to relax.

So, when the coronavirus hit, it was just a case of shutting down production and then waiting it out. So, for us, not too bad. In some respects, when we go back to shoot, it will affect our processes because of the new regulations we will have to adhere to. 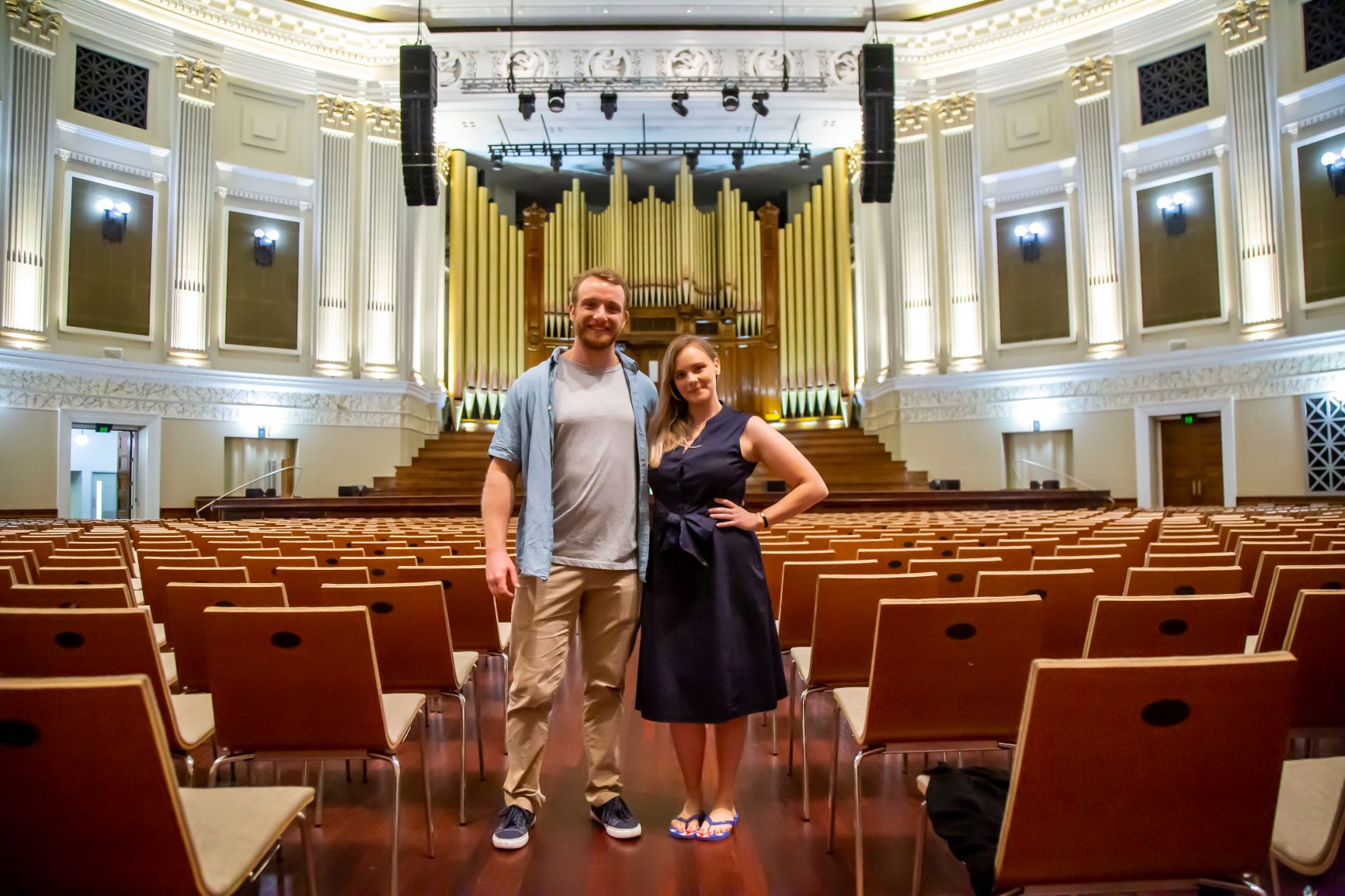 TCI: What advice would you give to other Brisbane filmmakers who may be struggling with the restrictions of the last couple of months?

ST: I like to look on the positive side of things. I think because the world has literally stopped, it means that there is no pressure. Nobody expects you to shoot because it is too dangerous and that’s the general accepted understanding. Therefore, you actually have the time to work more on films.

You can think of creative solutions to things because often films are rushed into production with not enough preparation time. Things are made up on the spot and you have to make split decisions to try and get it across the line. So, with this hiatus, if a production has started, you got extra time to plan and make things better. You can strengthen the story, figure out better logistics, save a bit of budget etc.

There’s probably going to be a huge rush of productions once the restrictions are lifted, so it’d be good to be prepared for it. This is the time to be creative. I read somewhere that Steven Soderbergh has written three feature film scripts in the time he’s had off in the coronavirus period. Just because he can. He’s taken the time to be creative and use it properly.

So, it’s a positive. It’s like an enforced hiatus to re-evaluate and improve.

TCI: On that, do you see the Brisbane film scene being in a good place once we get through all of this?

ST: Certainly, from the independent filmmaking side of things, I’m hoping it will encourage more people to tell local stories and get out and capture the flavour of their communities. On a bigger scale, because Australia has been so good at navigating and controlling the coronavirus, we’ll probably be quite an attractive place for overseas production. And I think we will get heaps of interest given that we’re a safer environment for people to operate within.

Again, just being positive about it, potentially there’s going to be a boom period if everything opens up with regards to production. 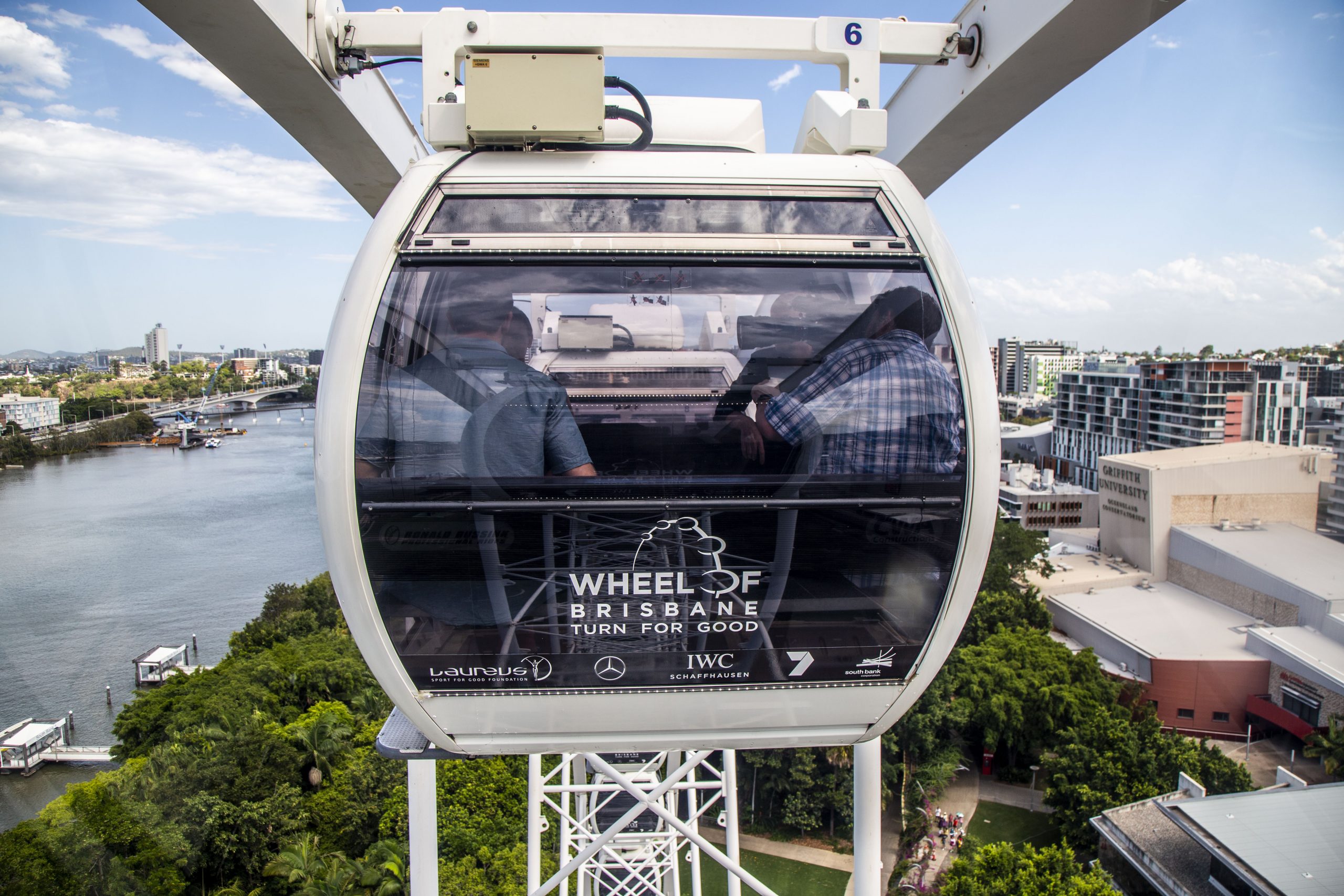 TCI: Were there any funny/interesting stories on set during Brisbane the Movie?

ST: Got a billion of them. We’ve had a lot of adventures being a small crew and working our way around the public. The one that springs to mind was when we were shooting a scene on the Wheel of Brisbane on a particularly hot day back in February; I think it was near 40 degrees if not a touch over.

We were shooting a scene in one of the small cabins with the two leads (Sharde Anne and Zachary Boulton) and myself and the camera operator. And in the next cabin, as we were going around and around, was our sound recordist who was recording us via wireless microphone. And because of the sound in the cabin, we had to turn the air conditioning off whenever we were doing a take.

We were in that cabin for probably a couple of hours at least in the baking sun. Of course, we were worried about makeup dripping and that sort of thing. We then noticed this giant raincloud that came over the city and poured rain really heavily all over the Wheel. The cabin was then covered in raindrops – which broke the continuity of the scene.

When they disembarked the passengers and boarded new ones, we had two minutes to duck out, grab some towels, and quickly wipe down the cabin and then jump back in to shoot again. We had to do this a couple of times on that day. The fun of working with Brisbane’s extreme weather. We got the scene done and I’m happy with the result, but I probably lost a few kilos from the sweat.

We’ve also experienced almost having the hurricane hitting the city back in March or April last year, and the fires with the smoke going through Brisbane. And certainly, with the coronavirus now as well, it’s been a strange time for production to occur. We’ve captured quite a bit going on. 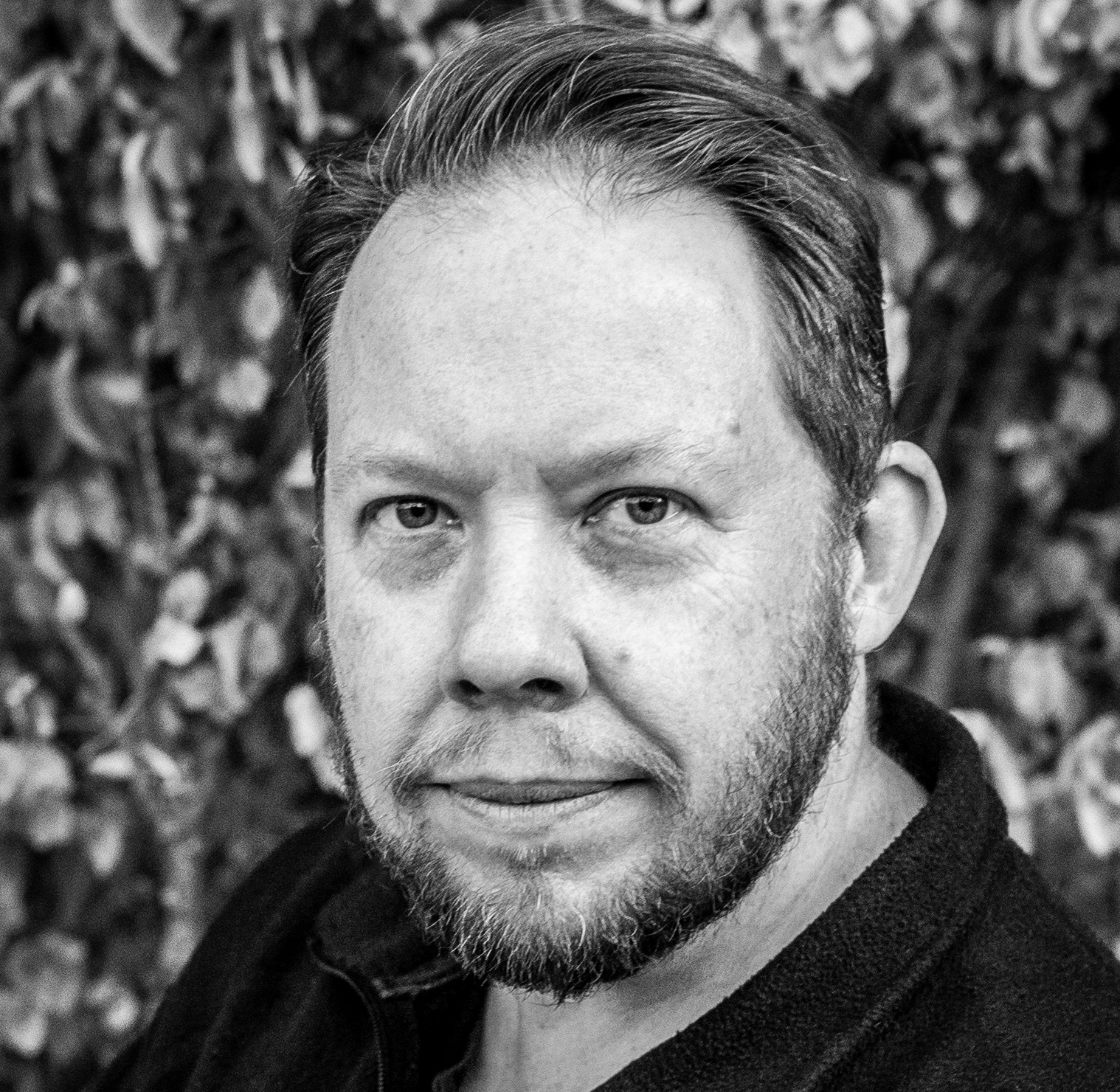 TCI: All going well, is Brisbane the Movie still on track for a release in late 2020?

ST: I’d love it to be. I’ve had a personal dream of it premiering at the Brisbane International Film Festival (currently scheduled for 1-11 October). But given the environment with film festivals getting cancelled or postponed, that may not be possible. The biggest concern for me at the moment is finding out what the regulations are in regards to filming.

The MEAA (Media Entertainment and Arts Alliance), which is a governing body, are having a meeting to discuss some of the work methods: whether we have quarantine advisors on set or certain makeup artists wearing personal protective equipment. I got to find out what they deem safe and what practises we should use to be safe and respectful to the places we are shooting within as well.

If that comes together fairly quickly, I think there’s a good chance of Brisbane the Movie coming out this year.

Brisbane the Movie is Stewart Tyrrell’s first feature film as director and writer and looks likely to capture everything great about this city (and the searing heat and destructive thunderstorms). Check out the film’s Facebook page for more details.