We caught up with Melbourne synth-pop musician, Sugar Jacket ahead of the release of his upcoming debut EP due out later this year.

Sugar Jacket has already begun to make waves with the release of his first two singles. He followed up his synth-filled debut ‘How Many Times’ with his sophomore track ‘Real Creature’ in April this year. ‘Real Creature’ is a dreamy, piano-driven love song that was inspired by his girlfriend and a “life changing” Michael Kiwanuka gig.

The man behind the magic, William Van Der Vliet, started experimenting with vintage synthesisers at the age of fourteen, paving the way for his dreamy, psychedelic, synth-filled sound. We sat down to talk about his music, his influences and what we can expect from the Aussie newcomer in the upcoming future.

TCI: How would you sum up Sugar Jacket in a sentence for any new listeners?

Sugar Jacket: Sugar Jacket is a dream-pop, synth and guitar band with rolling drum beats and emotional moods. It is very lush.

TCI: What is it about the synth-pop genre that you love?

TCI: What is it about the vintage synths that stand out to you?

SJ: I have mix of old and new but the old ones are so well made and all the new ones replicate the old ones. They are higher fidelity and more powerful than new ones in their voicings. I think you want the warmth of an analogue. A warm analogue synth sounds pretty great and you’ll find it is on a lot more records than you know about. They are an atmospheric kind of sound. Listen to U2’s Joshua Tree which is like the seminal album and that thing is just littered with beds of cinematic synth sounds.

TCI: Are there any artists that have particularly influenced your sound?

SJ: For the synth sound, I don’t really think there were strong influencers at a young age but I suppose U2 were the early days. I grew up on pretty straight rock and roll, Hendrix and Van Morrison. I was also pretty into M83 when I was fifteen and they use a lot of synthesisers.

TCI: You credit seeing Michael Kiwanuka perform as an inspiration for your latest single ‘Real Creature’, what was it about Kiwanuka’s music that resonated with you and how did this translate into the single?

Sugar Jacket: He’s for one, just ridiculous. He’s just so good. My girlfriend got us a couple of tickets the night before this show at The Corner. I didn’t know who he was, she told me all about him and then I walked out just a changed man. I just kinda started playing with a real piano sound and wrote that song the next day and it was really off the back of that show. 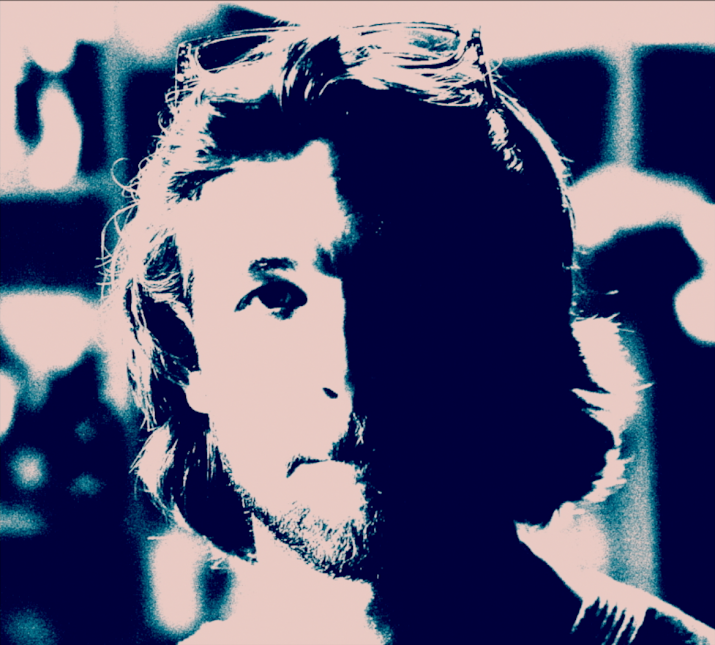 SJ: It really does change. Sometimes I’ll just start with a beat. I’ll program a drum beat from a bunch of samples from really good analogue drum machines. I suppose tempo starts with what kind of mood you are in. I could write a really hectic fast upbeat disco beat because I’m in a really good mood or it could just be a really slow burner because I’m usually just quite blasé about most things. It also depends what instruments are there. If you start playing an upright piano you’re going to start writing a really different song than with a drum machine.

TCI: You combine an incredibly complex array of layered sounds particularly for a one-man show, how do you translate your music for a live audience?

SJ: Pretty well, so I’ve heard. I guess I’m moving into the band world playing live; I’ve got a couple of live videos coming out where you’ll see a full band sound. ‘Real Creature’ for one is played like the way I’m planning to release and play shows coming up. In the past I’ve used drum machines and pedals with a synthesiser and keyboards plus a really great vocal sound.

I usually play at venues that have great sound systems because I can’t play in a bar that has a bad PA because my stuff wont translate because you just aren’t going to hear the detail. I suppose it’s playing a place with a good PA and making sure that before I play all the levels are really perfect and its mixed well because everything has such detail in the work.

TCI: Can we expect to see you perform in Brisbane any time soon?

SJ: Definitely! Nothing booked in but definitely planning once this is released to play some shows on the east coast.

TCI: What can we expect from your upcoming album?

SJ: You can expect emotion, some surprise tracks and I’m not sure you’ll have to have a listen. I’m like a bad writer who doesn’t know the end of the story yet.

You can have a listen to ‘Real Creature’ on Spotify here. Make sure to keep an eye out for his upcoming debut EP and live videos.