One of the city’s best kept secrets surrounding pop-culture can be found at the very low-key market culture of the Suitcase Rummage.

In the past, The Creative Issue has done many fashion articles on the indie market known as the Suitcase Rummage, however, the rummage is much more than a fashion market. I’ve personally been going to the Suitcase Rummage regularly for around a year, and even held a suitcase stall once; and coming from me, I go for the pop-culture affiliated items that the stall holders continue to sell each time IÂ attend the market.

These pop-culture affiliated items can range anywhere from DVDs to action figurines and even to David Lynch inspired bumperstickers. 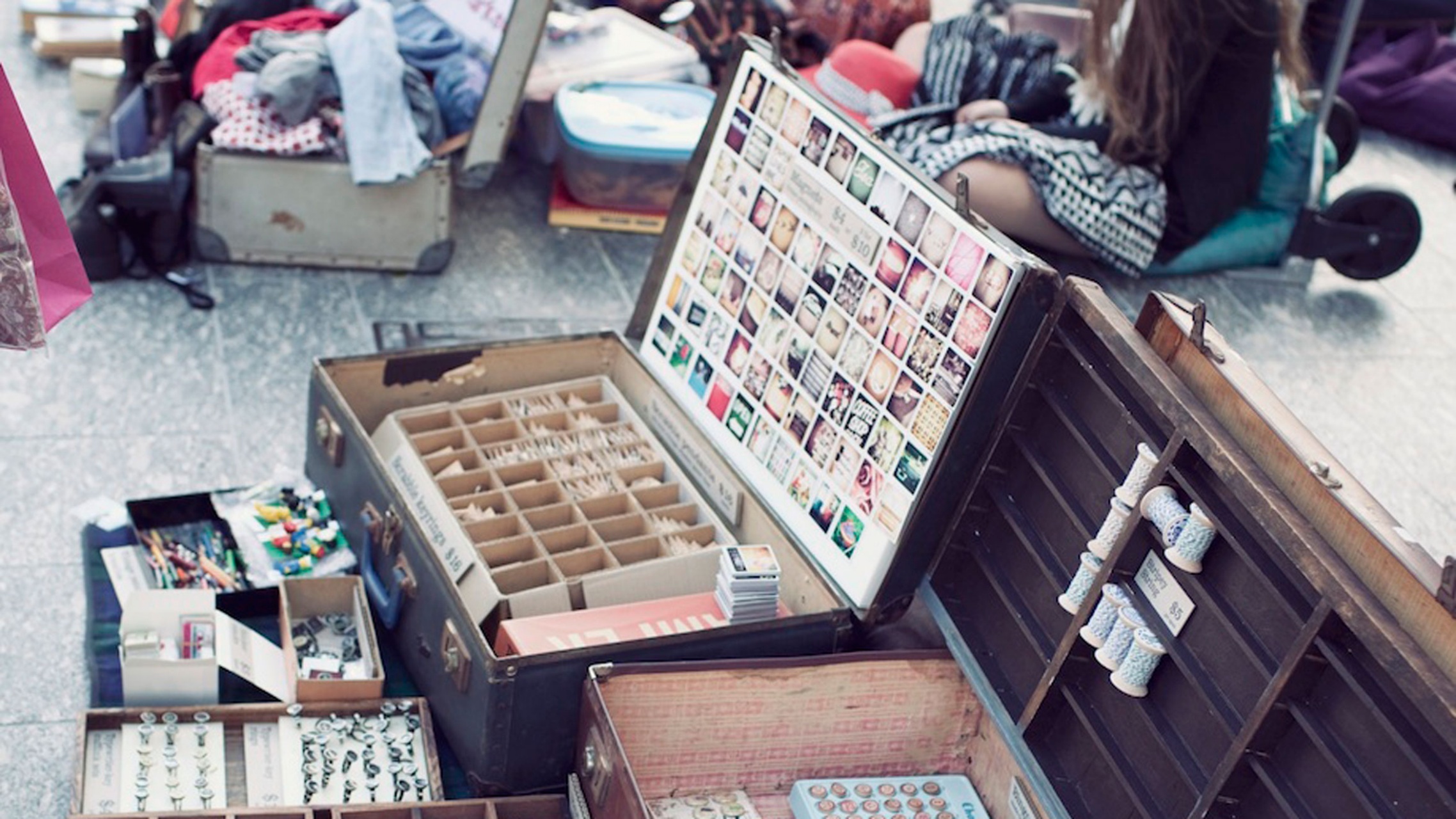 The mostÂ abundant pop-culture related items at the Suitcase Rummage are DVDs. They can be bought at nearly every stall; but alike other places, they can be hit or miss. Almost entirely there are a great mass of mainstream films available on DVD from the various stalls, they can range anywhere from one dollar to ten dollars, depending on theÂ store holder and the DVD.

If popular films sometimes involving Keanu Reeves and buses don’tÂ tickle your fancy, the rummage has a vast selection of cult films on offer. Some of these titles include, but are not limited to, ‘Heathers’, ‘Donnie Darko’, ‘Office Space’, ‘Dazed and Confused’Â andÂ an off the cuff 1985 Italian shlock horror film, ‘Demons’.Â

‘Demons’, produced by influential Italian horror director Dario Argento; centres around a group of people trapped in a movie theatre with infected demon spawn that kill and possess humanÂ bodies. The film is riddled with unrealistic gore and goo; giving the film a Troma feel to it. This is one of the rarities which can be discovered at the rummage. 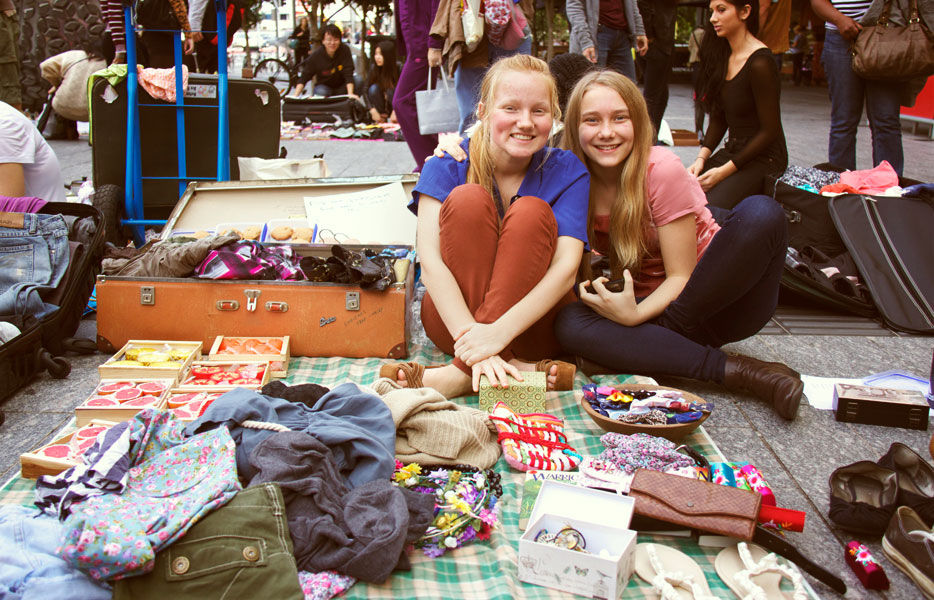 Another awesome cult film that which was found was the so-bad-it’s good, ‘Da Hip Hop Witch’. The film itself is awful and nearly unwatchable; it’s essentially a parody of ‘The Blair Witch Project’. InsteadÂ of the core student filmmakers venturing into the woods to discover a mysterious entity, it’s a group of rappers which includes Eminem, Mobb Deep, and of course Vanilla Ice. The rappersÂ share their encounters with a hair-braiding, butter spiking witch.Â The history surrounding the film is better than the film itself. This is entirely due to Eminem loathing the film, after he won an Oscar for Best Original Song in 8 Mile, the distributors of ‘Da Hip Hop Witch’ Â banked on Eminem’sÂ Oscar win by filling the DVD cover with countless images of the rapper. HisÂ management sued the distributors before they could reissue the film, and to this day it has not been released publicly since. 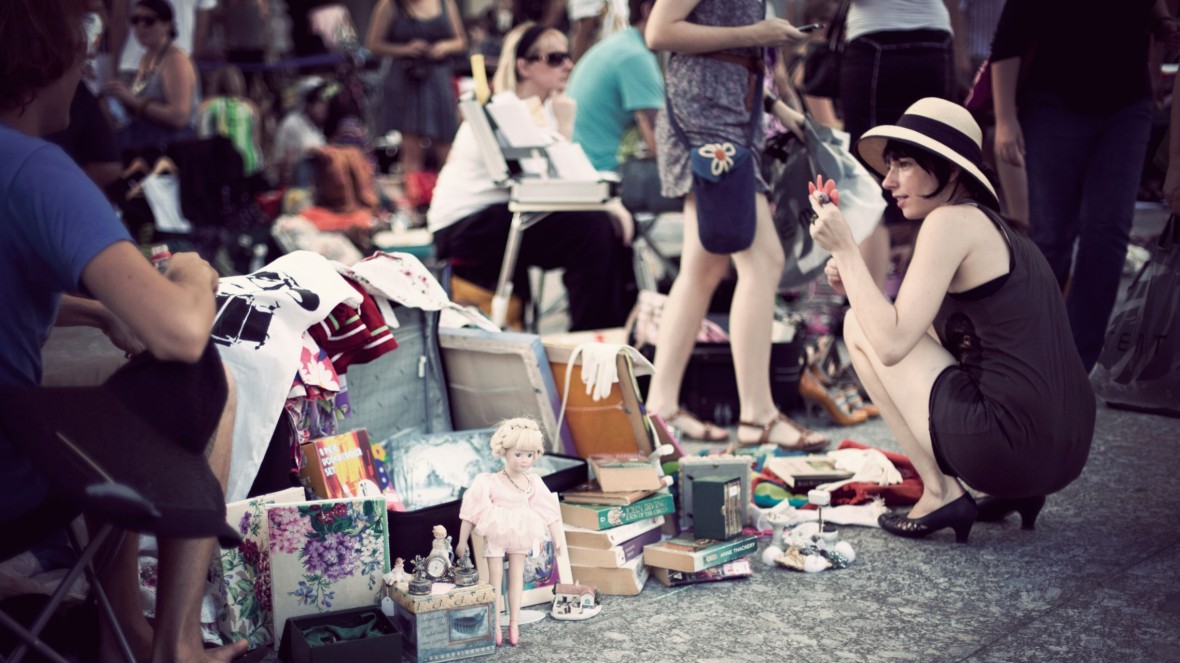 Pop-culture merchandise has also become a huge staple for theÂ Rummage. It can range from t-shirts to stickers to a variety of miscellaneous items. In the middle of the Brisbane Suitcase Rummage there is a store that specialises in comic books and other pop-culture memorabilia, including Star Wars action figures, retro video games, and vinyl stickers.

Hopefully, you will find the side of the indie market culture which no one else can see. It is truly a personal experience where a new item is discovered every time you attend. The Suitcase Rummage is held on the first and third Sunday of every month in Brisbane City, and is held at the Brisbane Powerhouse on the last Sunday of the month

Recycle And Repeat: What Does 2016 Mean For Superheroes?