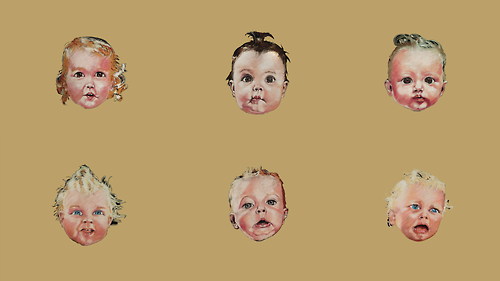 First emerging in the 1980’s as part of New York’s ‘No Wave’ vibe and subsequently rising as an iconic pioneer of symphonic and psychedelic experimental rock, Swans have taken to their To Be Kind tour with gusto, planning in 2015 to make it as far as Hobart… but not Brisbane.

Why this has happened, I’m not sure.
After reuniting the band, Michael Gira toured with the band in Australian in 2010, upon the release of My Father Will Guide Me Up a Rope- the first album after 13 years of silence from what remained a prolific group.

As a stripling 15 year old I wasn’t huge on Swans and was month from visiting my first concert (to which I wore ear-plugs), but skipping through some comments of the FasterLouder feature on the tour, it would seem that Brisbane met the group with it’s usual blend of enthusiastic/ articulate hospitality.

11th October 2010: Brisbane’s leg of Swans’ tour, unless iNegro has duped me by writing about an earlier date.

Promoters in the early stages of tour planning, may have brushed over Brisbane for a number of reasons: too few generating interest, schedule clashes with larger festivals such as Hobart’s MOFO and Melbourne’s Sugar Mountain Festival. Indeed, the band may just remember Brisbane as the drunk and disorderly pack of rag-tags that we readily acknowledge we are; whose affection and charisma are better realised with a mouth and both hands full of sweet, sweet XXXX.

Maybe label Young God Records simply forgot we existed.
Obama’s labelling of BrisVegas has stuck so far into America’s consciousness that maps have been rewritten, the name of Brisbane evaporating into the void despite us all recently trying really hard to claw our way out of the ‘Other’ Category next to which Sydney is placed as Australia’s capital, kangaroo’s are ridden into the sunset and our leaders punch dolphins/ clouds/ trees in the mind’s eye of the international subconscious.

Last minute switches to Laneway Festival also seems unlikely, the droning melody and complex polymorphous nature of Swans’ repertoire being presumably out of place alongside Mac DeMarco and Royal Blood.

What SwansÂ To Be Kind Tour

Jean Paul Gaultier at the NGV

AACTA Nominations Are In