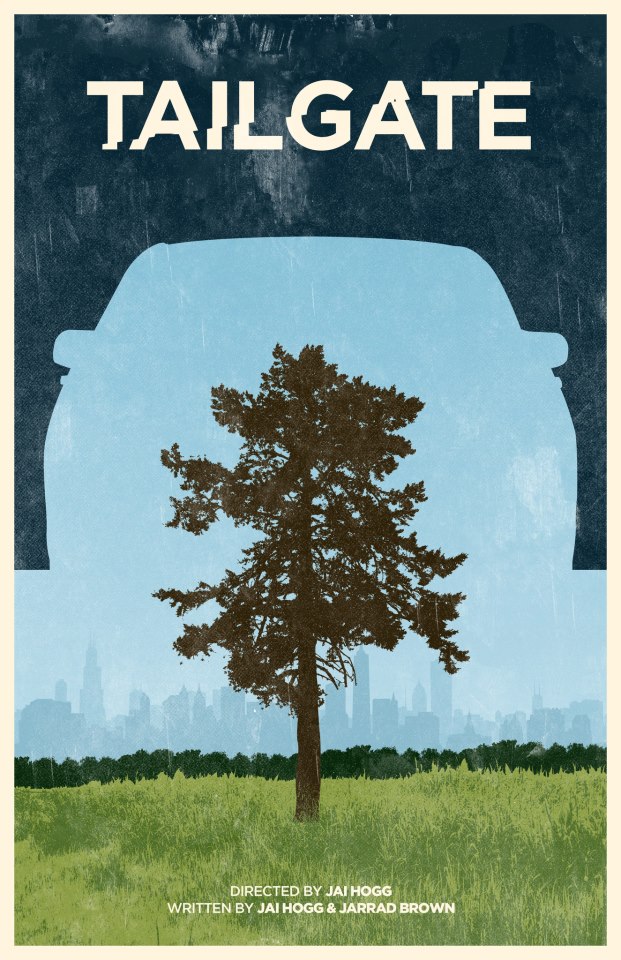 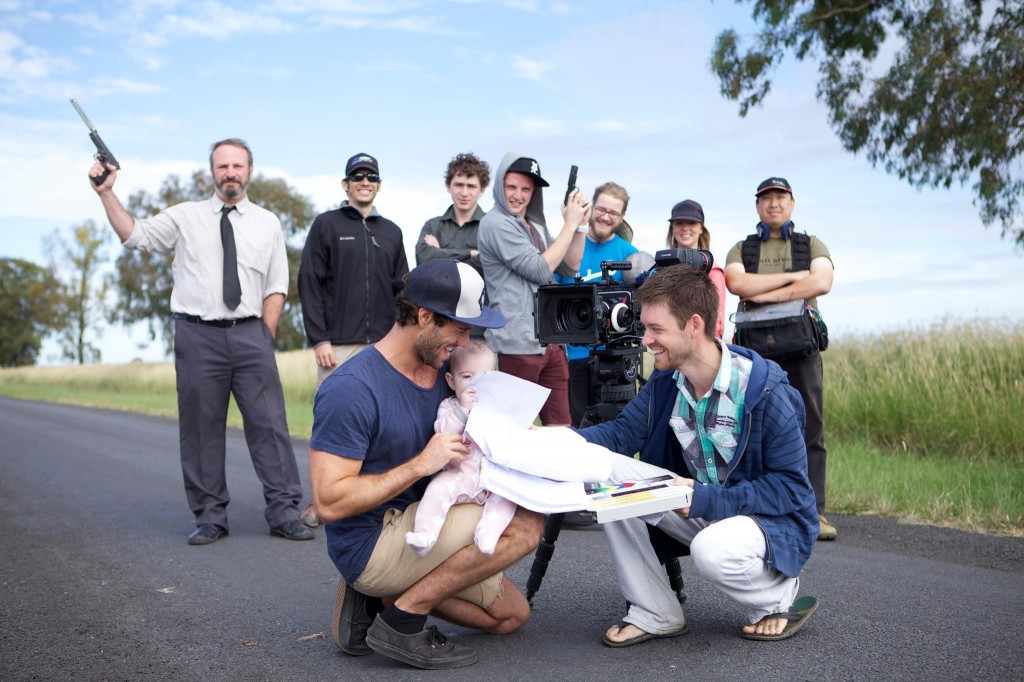 Cast and crew of Tailgate

Tailgate,Â an upcoming feature film produced and made in Queensland, has recently finished filming and is currently undergoing post-production.

I talk to the director Jai Hogg about the project.

CD: What isÂ TailgateÂ about?

Jai:Â Tailgate is about a young man who wakes up in the trunk of a vehicle and he doesn’t know how he got there.

The thing is, neither does the driver of the car. The only thing they do know is that in three days, the driver has to kill him.

It is a psychological thriller/drama and it explores the notions of surrendering yourself to death and coming to terms with it.

CD: What inspired you to make the movie?

Jai:Â After graduating film school in 2007, it can be a brutal finding work in our local industry.

Amidst working on numerous commercials, short films and other feature films, I found that I was only interested in directing.

That’s obviously a common thing amongst film-makers but I didn’t get into it for the fame and power status, I just enjoy piecing stories together and it happens to be that directing is the way to do that.

For the same reasons, I’ve also had a passion for editing. As for this movie in particular, a studio has requested I make it in order to show I am capable of bigger projects that are planned for later. 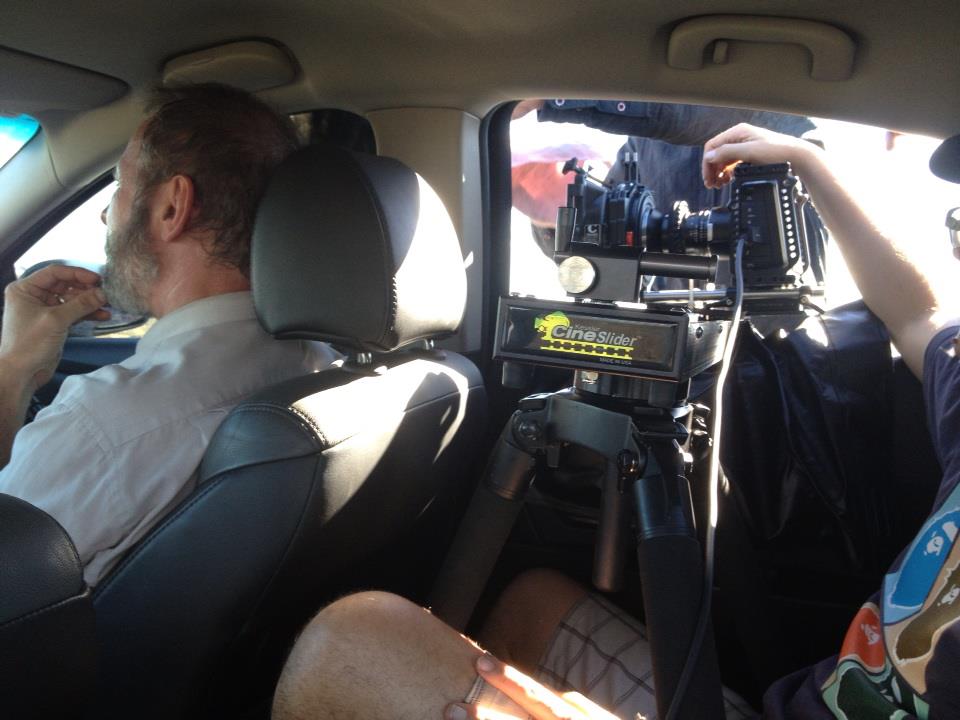 Filming in a car

CD: I heard you filmed in Queensland, what made you film here?

Jai:Â There is a fine line between wanting to explore our outback and our urban environments because each has been shot to death in recent Aussie films.

So, being that this film was set in a moving car, we were able to have the film progress from our city environments into our more secluded environments and we got to explore the best parts of those locations and some of the most gorgeous our country has to offer.

That said, it was also all that the budget would allow! Dalby in particular was amazing.

CD: What sort of difficulties did you come across in regards to securing locations?

Jai:Â My team and myself have a good way with people and we tended to gravitate toward locations where we were confident we could earn permission more so than demand it.

You meet lovely people when you just straight out ask them nicely and offer an incentive rather than just fill out paperwork and send it in the mail. I hate the coldness attached to paperwork.

CD: You’re currently in the post-production stage, how does it feel seeing your footage get pieced together?

Jai:Â Post-production is awesome. I enjoy all stages of film-making but in pre-production and principal photography there is an element of blind hope involved.

The crew hope it is good and the director hopes even more so for it but it should at least be evident in the planning.

It’s in post-production where you get to see that you were either nailing it or you weren’t and watching through it with people as it builds is so fun.

It’s much more enjoyable when you can see that the film works and that is found through post production. 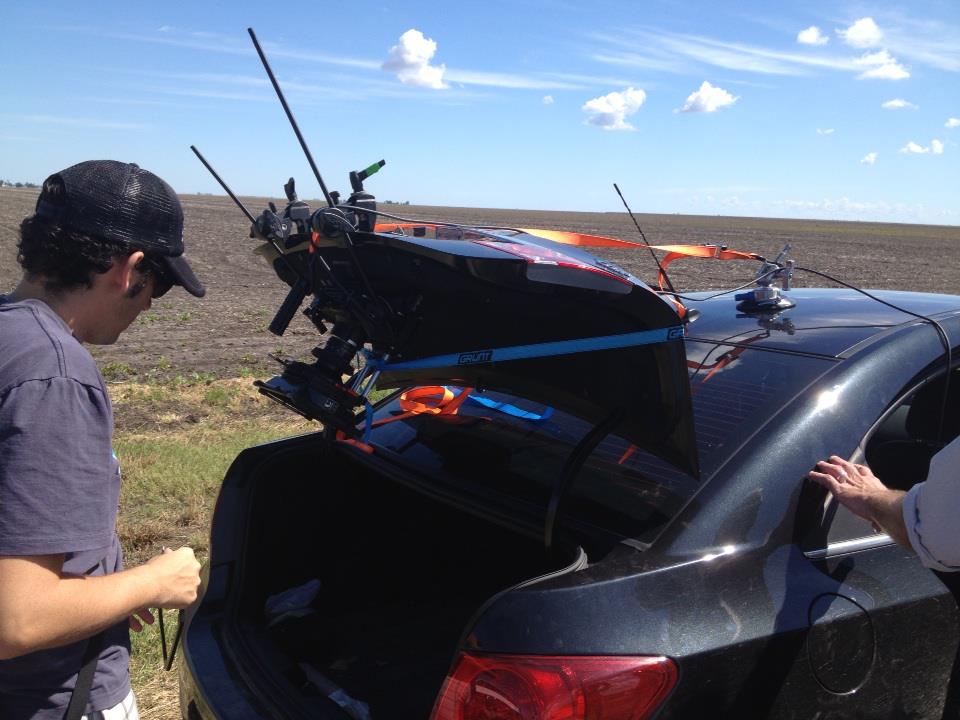 CD: How does it feel having to part with any shots or scenes because it didn’t work in the edit?

Jai:Â We’ve had to cut some scenes down.

Some because we needed to build more tension through the edit and some because there was too much exposition.

Those are good reasons to have to part with shots so I’d have to say that overall it’s felt completely fine to lose what we have.

Jai:Â I’ve worked on over 30 productions and I can easily say Tailgate has been the absolute best to be apart of.

Every single member of the cast and crew worked in harmony to create a vision that was set before them.

They are talented, fun and enthusiastic and constantly served the film.

There was complete mutual trust in them and I sensed they believed in my choices and they simply laid down the carpet for it to all happen smoothly.

CD: Is there anything else you’d like to add?

Jai:Â I wish I could have gone on about the hardships and struggles but I really can’t!

Perhaps on other shoots that would be applicable but not this one!

I just can’t wait for people to see it and I also want to thank all those involved in helping me and my team bring it to life.