Heathers The Musical kicks off what will hopefully be another stellar year for Australian musical theatre. Grab your best friends, scrunches and a large glass of champagne and settle down for an evening of high-school bitchiness and bloodshed. Itâ€™s a combination to die for.

Heathers, the 1988 cult classic film starring Winona Ryder and Christian Slater, is one of the most memorable dark comedies of all time. Unlike other high school films such as The Breakfast Club and Clueless, Heathers provided a darker look into the world of high school. This larger than life musical written by Kevin Murphy and Laurence Oâ€™Keefe follows the filmâ€™s plot closely while also bringing something new to the table.

The audience is introduced to Veronica Sawyer (Jaz Flowers) a social outcast who cleverly manoeuvres her way into the popular clique in high school â€“ The Heathers. The clique is led by the manipulative and self-obsessed Heather Chandler (Lucy Maunder) who quickly ensures that Veronica brutally humiliates her best friend Marta (Lauren McKenna). However, when Veronica befriends the troubled J.D. (Stephen Madsen), the two enter a world of deceit and murder. 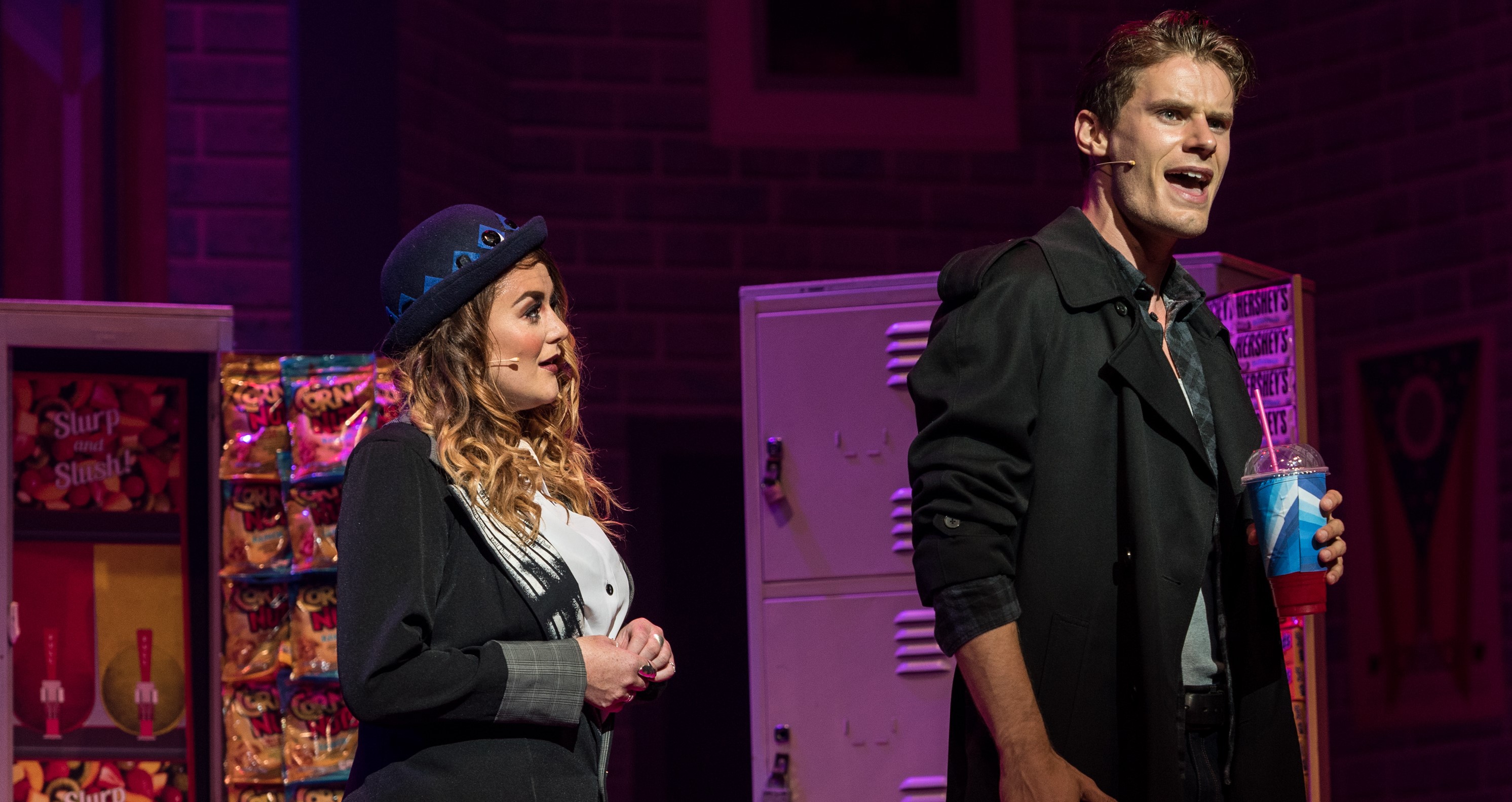 First time director Trevor Ashleyâ€™s production is quick-paced and energetic. The musical numbers are hilariously entertaining with songs such as â€œBlueâ€, a song about blue genitals and My Dead Gay Son drawing the most laughs from the audience. Relatable musical numbers such as Seventeen and The Me Inside of Me highlight the struggles facing adolescents and are shockingly honest. Dialogue from the film  such as, â€œWell f— me gently with a chainsawâ€ and, â€œIf you were happy every of your life you wouldnâ€™t be a human being. Youâ€™d be a game-show hostâ€ are cleverly used to further set the atmosphere.

The chemistry between Jaz Flowers and Stephen Madsen had all eyes glued to the stage. Madsen is everything that teen girls dream about – tall, handsome and mysterious. Flowers embodies the character of Veronica with a fierce bite to produce a character that is dangerously sexy but also full of heart. Together they are devilishly entertaining as they try to figure out their place on the chain of high school.

Every once and awhile, a musical comes around that grabs your attention from the first musical number and results in you humming the songs for the next few weeks. Heathers The Musical is a rare production that combines black humor with over-the-top costumes and rock/pop music. One thing is for sure, “I Love My Dead Gay Son” will be stuck in my head for weeks to come and I wouldn’t have it any other way.

What Heathers: The Musical

For more information or to book tickets, head to QPACâ€™s website here.