As January gets underway itâ€™s time to prepare for the year ahead: start a serious budget, renew your gym membership, get ready to return to work andâ€”most importantlyâ€”decide where your evenings are going to be spent. To help with this, Creative Drinks have found ten of the best plays you should see in 2015.

Part of Queensland Theatre Companyâ€™s Diva series, Grounded explores the nature of modern warfare and the position of women in the modern military.Â  Matilda award-winning actress Libby Munro takes centre stage as The Pilot, an Air Force hotshot navigating pregnancy and drone warfare in what promises to be a riveting show and an unabashed celebration of Brisbaneâ€™s rich female talent.

A reticent novelist and a lurid sex blogger are unexpectedly thrown together on a writerâ€™s retreat, and immediately set about proving that old adage: opposites attract. What follows is a timely story about the rise of digital media and the anxieties that all writers face. Starring Veronica Neave (recently brilliant in QTCâ€™s Macbeth) and Thomas Larkin (from basically every Shakespeare production ever played in Brisbane), this play has both the story and the cast to be a real winner.

The One Day of the Year

Itâ€™s going to a big year for ANZAC themed plays, but Gardens Theatreâ€™s The One Day of the Year looks to be one of the best. Controversial ever since its first performance in the fifties, Alan Seymourâ€™s dissection of our national legend and its changing meaning for younger generations will be particularly relevant this year.

While the actual play is as yet unannounced, the Queensland Shakespeare Festival is always a good day out. Last yearâ€™s Richard III was acted and directed by some of Grin and Tonicâ€™s best, and festival is notably free. Spread over three locations on three separate days, the QSF includes academic talks, brass bands and sword fighting demonstrations, as well as the main event, al fresco Shakespeare. Bring a picnic and a rug for the 2015 production (which is currently looking to be The Merchant of Venice) and enjoy some of the best free theatre in Brisbane.

Chekhovâ€™s classic is brought to life by a stellar ensemble of Brisbaneâ€™s best actors. The play has been stripped back and reimagined for a contemporary audience, but the brilliance of the text and the enduring nature of its grand themes remain at the heart of this new production. If you only see one play this year, The Seagull is your best opportunity to see as much of Brisbaneâ€™s talent in one night as possible.

Brisbane Arts Theatre continually punches above its weight, and this year theyâ€™ve set their sights high with Noises Off, a West End classic, and the archetype production for fourth-wall breaking comedy. A farcical â€˜play within a playâ€™, Noises Off follows the foibles and failures of a Z-list theatre troupe as they struggle to get their production off the ground, and in the process make audiences truly grateful for professional stage managers.

La Boite has an excellent track record for stripped back, contemporary Shakespeare, and their production of Midsummer is no exception. This time, Shakespeareâ€™s delightful romp through love quadrangles, fairy court disputes and amateur theatrics is transplanted from Athens to the Australian suburbs of yesteryear, in what is sure to be an evening of entrancing theatre. 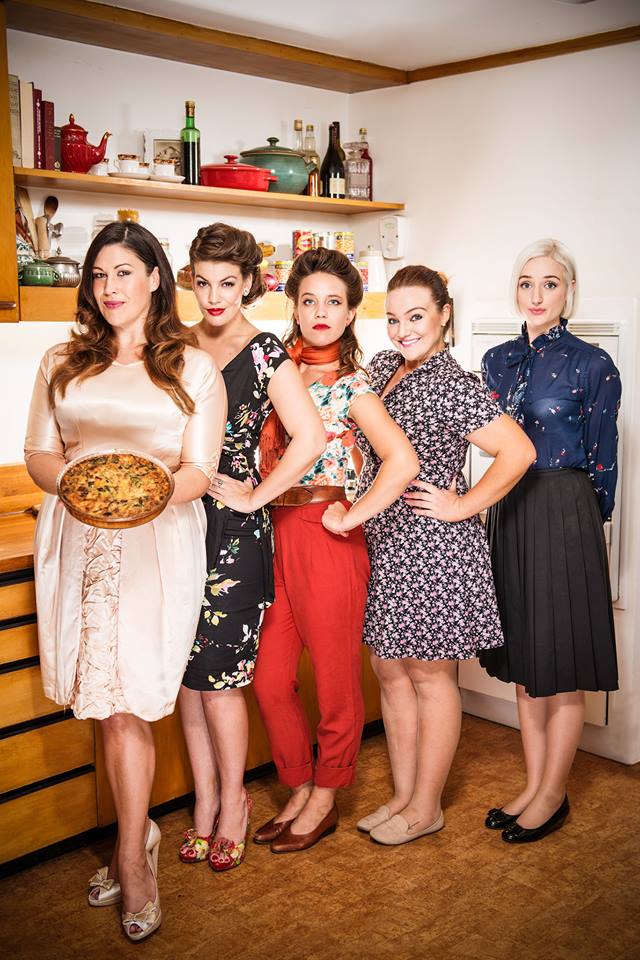 What do you get when you mix nuclear fallout, five widows and a quiche breakfast? Answer: the most outrageous community meeting youâ€™ve ever seen. Put on your nametag and join the Susan B Anthony Society for the Sisters of Gertrude Stein for this rollicking off-broadway smash about cooking, finding yourself and the imminent threat of nuclear winter.

Tama Matheson and Jason Klarwein have worked together on everything from Noel Coward farce to Shakespearian tragedy; this year their undeniably comedic chemistry will again be on show in The Odd Couple. With Wesley Enoch in the directorâ€™s chair, this tale of best buddies, but desperately ill-matched roommates could very well be the funniest play of the year.

After four years, the witches of Oz are finally flying back into QPAC. Gregory Macguireâ€™s deeply intelligent retelling of the Wizard of Oz mythology is brilliantly brought to stage in this iconic production. The lavish, art-deco set is breathtaking, the songs are by turns heartrending and hilarious, and the story is well on its way to becoming a modern classic. Whether youâ€™re a fan or a first-timer, Wicked is the perfect musical to kick off 2015 and a must see for theatre lovers.