'That's What She Said' Sends Off Metro Arts, With Love

As Metro Arts’ 40th birthday approaches, it is only fitting that a festival imbued with culture and history gives the Edward Street venue a proper farewell.

Metro Arts, With Love is a two-week long festival of theatre, music and installations celebrating the organisation’s 40th year in the well-known venue before moving into their new home in West Village, West End. The festival will act as a ‘last hurrah’ for the venue, showcasing a multitude of works including Benjamin Knapton’s Ephemera, Brisbane City Opera’s Forbidden Romance: A Love Cabaret, and physical comedy act Boyle and Waters in LEOTARD.

Another work that will be featured in the festival is The Good Room’s That’s What She Said, a powerful show focusing on the women in our lives whose stories deserve to be told. The show is based on the general public’s responses to 100 provocations about the women in our lives that shaped us: remarkable women, dangerous women, kind women. Leah Shelton, performer and co-creator of the work, says that the show “speaks to the idea of … re-authoring the history that is so often quite focused on male achievements and layering [women’s] stories and memories into that”. 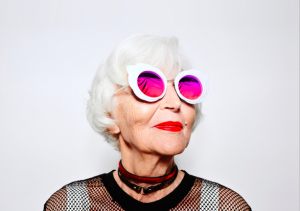 Being at the tail end of the festival line-up, That’s What She Said will be the last show performed in the Sue Benner Theatre. Leah says it is an apt space for the show which is “an homage to the history and the lineage that belongs to that theatre and that venue”. On a broader note, Leah says “it’s nice to be nostalgic” and to “remember how great our artistic community is and how … important places like [Metro Arts] have been in giving us spaces to come together and celebrate”.

On the final night of the Metro Arts, With Love festival, after the final performance of That’s What She Said, there will be a ceremonial turning off of the lights in the theatre for one last time. “While there’s so much in that building, there’s also exciting potential for the new chapter of Metro Arts,” Leah says. Metro Arts will continue to support local artists and the performing arts community from a new, fit-for-purpose space in West End where they will have the room to grow and thrive for years to come.

THE DETAILS:
What: Metro Arts, With Love festival
When: 1 – 15 February
Where: Metro Arts, 109 Edward Street, Brisbane

More information about the festival can be found here.

Secure your tickets here before they run out.

The Midsummer Carnival Has Come to Town