Adam Goodes documentary The Australian Dream and Australia’s official submission for the Academy Awards®, Buoyancy have been nominated for the 13th Asia Pacific Screen Awards (APSA).

The full list of nominees were revealed alongside the Asia Pacific Screen Forum, an exciting program of public and industry events from November 18 culminating with the glittering awards ceremony on 21 November.

37 films from 22 countries and areas of the Asia Pacific achieved nominations, drawn from the 289 films in APSA competition.

Films from India, People’s Republic of China, Republic of Korea and Russian Federation will vie for the coveted Best Feature Film prize.

Competing for Best Feature Film are:
– So Long, My Son, which grapples with China’s controversial one-child policy;
– Balloon, a poetic rumination of life on the Tibetan grasslands;
– Russia’s official Academy Awards® submission and post-World War II Leningrad tale Beanpole;
– The Gold-Laden Sheep and The Sacred Mountain, which follows two shepherds searching for a downed aircraft in the remote Himalayas; and
– Korea’s critical and box office smash hit Parasite, which won the top prize at Cannes. 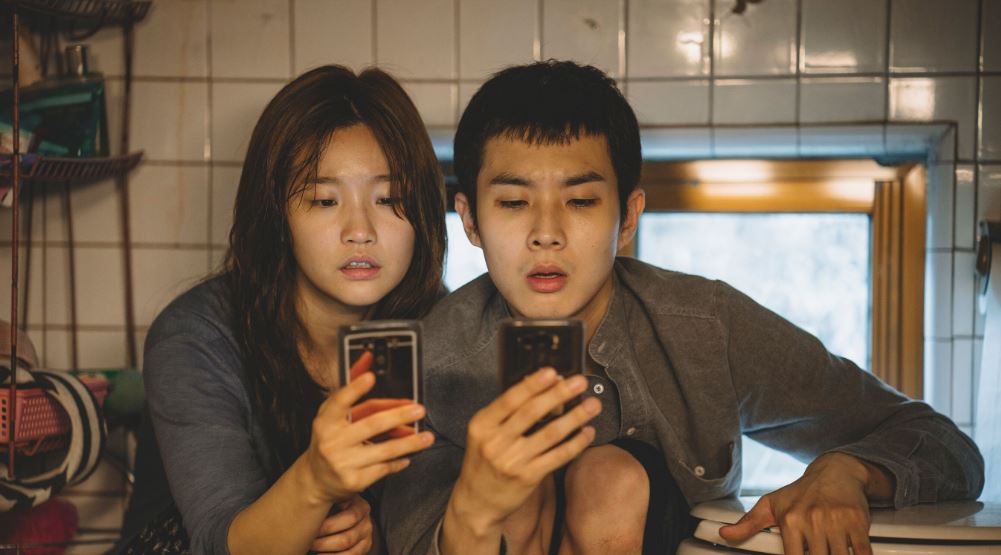 Lord Mayor of Brisbane, Adrian Schrinner said the Asia Pacific Screen Awards continues to grow in reputation as an event that brings together the many cultures and voices of the region.

“For the local and global screen industry, Brisbane is becoming a hub for screen business each November,” Cr Schrinner said.

“The Asia Pacific Screen Awards is an important week in Brisbane’s cultural calendar, and this year we are thrilled to present free events to the public.”

The program includes free screenings of the APSA-nominated animation films at GoMA, and a special National Film and Sound Archive screening of the iconic Sunday Too Far Away, followed by a rare panel discussion between screen legend Jack Thompson and iconic Australian actor David Wenham.

For industry, The Asia Pacific Screen Forum will present a program of events and opportunities to cement ties between the filmmakers and screen industries of the region, unlocking opportunities for the local industry connect and collaborate.”

APSA also continues to be a drawcard for screen-based conferences and events, with this year, the region’s leading computer animation festival SIGGRAPH Asia confirmed for Brisbane, presenting yet more opportunities for industry.

Chair of the Asia Pacific Screen Awards and its Academy, Michael Hawkins congratulated the nominees.

“APSA ignites and honours cinematic excellence, across the vast region of Asia Pacific,” he said.

APSA represents the 70 countries and areas of Asia Pacific, covering one third of the earth, and encompassing 4.5 billion people and half the world’s film.

APSA is an international cultural program supported by Brisbane City Council and powered by Brisbane Marketing. APSA is endorsed by foundation partners UNESCO and FIAPF-International Federation of Film Producers Associations. The awards ceremony is an exclusive presentation unique to Brisbane.

Chinese productions lead with a total of 13 nominations across seven films and are represented in all but one category.

Also from China, Pema Tseden’s Balloon (Qìqiú) is nominated for Best Feature Film and Best Screenplay, in which the harmony of a family living on the Tibetan grasslands is disrupted when they must make a life or death decision. The film is Tseden’s fourth film to receive nominations at APSA following 2011’s Old Dog (Khyi Rgan) and two films in 2015, Tharlo and Best Youth Feature Film winner River (Gtsngbo).

One Child Nation (People’s Republic of China, USA), an investigation inspired by motherhood into the lasting effects of China’s one-child policy from directors Nanfu Wang and Jialing Zhang, is nominated for Best Documentary Feature Film.

Iranian films received a total of six nominations across five films, with two leading Iranian actors competing for Best Performance by an Actor. Navid Mohammadzadeh has received his third nomination in the category, for his portrayal as a task force officer beginning to question the violent tactics of the war on drugs in Just 6.5 (Metri Shisho Nim). He previously received a Special Mention for No Date, No Signature (Dedoune Tarikh, Bedoune Emza) in 2017, and a nomination for his feature-lead debut in 2014 for Reza Dormishian’s I’m Not Angry! (Asabani Nistam!). He is up against actor Mohsen Tanabandeh, who stars as an Afghan refugee in Israel who is trying to bring his family to join him in Rona, Azim’s Mother (Rona, Madar-e Azim, Islamic Republic of Iran, Afghanistan), while the film is also nominated for the Cultural Diversity Award under the patronage of UNESCO.

Also nominated from Iran is documentary Narrow Red Line (Khat-e Barik-e Ghermez) by Farzad Khoshdast, which follows a group of young men in an Iranian juvenile rehabilitation and correction centre. Mohsen Gharaei and Mohammad Davoodi receive their first APSA nod for their moving screenplay for Castle of Dreams (Ghasr-e Shirin).

Two Indian films received two nominations each. Acclaimed Indian actor Manoj Bajpayee, who won the category in 2016 for Aligarh and was nominated in 2012 for Gangs of Wasseypur, is again nominated for his performance in Devashish Makhija’s Bhonsle, while the film has also been honoured in the Cultural Diversity category. Bajpayee stars as conflicted retired policeman who forms an unlikely friendship with two migrant children.

Japan and the Republic of Korea received three nominations for three films each.

Japan’s Academy Award® submission Weathering With You (Tenki no Ko) marks the fourth APSA nomination for director Makoto Shinkai who won the category in APSA’s inaugural year with 5 Centimeters Per Second (Byosoku 5 Centimeters, 2007) followed by nominations for Children Who Chase Lost Voices From Deep Below (Hoshi O Ou Kodomo) in 2011, and most recently, box office hit Your Name. (Kimi no na Wa.) in 2017. Also nominated for Best Animated Feature Film from Japan is Hiroyasu Ishida’s adaptation of a famous Japanese science-fiction novel, Penguin Highway.

From Republic of Korea, Bong Joon-Ho’s international critical and box office hit Parasite will vie for Best Feature Film, marking Bong’s second APSA nomination after a 2009 screenplay nod for Mother (Madeo), for which Kim Hye-ja was awarded Best Performance by an Actress.

Standout young Korean actress Ji-hu Park has been nominated for her breakthrough performance in House of Hummingbird (Beol-sae), where an isolated girl forms and unlikely friendship. Nominated puppy road-trip animation Underdog is directed by Lee Choon-baek together with Oh Sung-yoon, whose first film Leafie, A Hen into the Wild (Madangeul Naon Amtak) took the top APSA animation prize in 2011.

Kazakh filmmaker Adilkhan Yerzhanov is nominated for Achievement in Directing for his film-noir A Dark, Dark Man. Yerzhanov was awarded the APSA NETPAC Development Prize in 2013 for Constructors (Stroiteli), and went on to be nominated for Best Feature Film in 2014 for The Owners (Ukkili Kamshat) and again in 2018 for The Gentle Indifference of the World (Laskovoe Bezrazlichie Mira), for which he also received a screenplay nomination.

Australian films received two nominations, with Australia’s Academy Award® submission Buoyancy, a thriller shot in Cambodia by writer/director Rodd Rathjen, nominated for Best Youth Feature Film, and a documentary nomination for Daniel Gordon’s deeply personal exploration of race, identity and belonging in the aftermath of the racist backlash against footballer Adam Goodes in The Australian Dream.

Back in 2009, acclaimed Palestinian filmmaker Elia Suleiman was nominated for Best Feature Film, and won the Jury Grand Prize for The Time That Remains. In 2019 he is nominated twice more, this time for his direction of Palestine’s Academy Award® submission, It Must Be Heaven in addition to the Cultural Diversity Award under the patronage of UNESCO.

Two films from Philippines have received nominations. Lav Diaz is nominated for Achievement in Directing for his dystopian future film The Halt (Ang Hupa), in the first ever APSA nomination for the Filipino auteur. Rising star Max Eigenmann is nominated for Best Performance by an Actress for Raymund Ribay Gutierrez’ Verdict.

Afghan director Shahrbanoo Sadat and her producer Katja Adomeit, nominated in 2017 for Best Youth Feature Film for Wolf and Sheep, have been nominated in the same category in 2019 for the film’s follow up, focusing again on Afghan youth in The Orphanage (Parwareshgah).

Films from Bangladesh, Bhutan, Georgia, Indonesia, New Zealand and Thailand have received one nomination each.

One of only a handful of female directors from Bangladesh, Rubaiyat Hossain is nominated for the Cultural Diversity Award under the patronage of UNESCO for Made in Bangladesh, a powerful story of women working in textile factory who attempt to unionize to improve conditions, despite threats and opposition. This is Hossain’s first APSA nomination, she was inducted into the APSA Academy in 2018 as a member of the Youth, Animation, Documentary International Jury.

Bhutan received its second APSA nomination with the feature debut from Tashi Gyeltshen, The Red Phallus, a teenage girl’s coming of age story set in a society dominated by repressive men, being nominated for Best Youth Feature Film. The nomination follows 2017’s Cultural Diversity under the patronge of UNESCO nomination for Dechen Roder’s Honeygiver Among The Dogs (Munmo Tashi Khyidron),

Georgian writer/director Tamar Shavgulidze is nominated for Best Screenplay for her second feature, Comets, a complex and multi-layered relationship drama set in the Georgian countryside.

The two directors of Thai film Krabi, 2562 both known for their experimental approach to their work, Anocha Suwichakornpong and Ben Rivers, have been nominated for Achievement in Directing, and are now recognised in a field which includes some of the region’s top auteurs.

For all the details of the 2019 Asia Pacific Screen Awards head to https://www.asiapacificscreenawards.com/

The Vanns Discuss Their Debut Album Through The Walls

Fergus James On His Australian Tour And Debut EP