The Bachelor Australia: a hit for reality TV fans

It has been six weeks since we were introduced to Australiaâ€™s first official Bachelor and the 25 ladies vying for his affection.

Although quite self-explanatory, this series is different in that female contestants do not compete for a cash prize, but the chance to date the bachelor, Tim Robards, in real life.

While video montage after video montage have tried to convince us that Tim is a hopeless romantic who is unlucky in love, the melodic background music and camera filters are lost on me.

Itâ€™s hard to believe that the successful chiropractor and part time model (with beautifully controlled stubble, I must add) canâ€™t find someone to love without the help of a reality TV show.

The term â€˜realityâ€™ should also be applied quite loosely as it would suggest some semblance of real world dating etiquette. 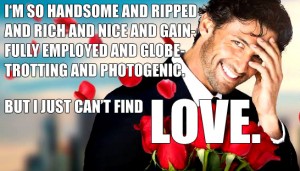 Then one by one the ladies are plucked off the show for their inability to impress Tim and his perfectly moulded hair – or in this weekâ€™s episode, their apparent inability to show affection to a Labrador puppy (note to self: take next love interest to puppy farm to gauge future compatibility).

The premise of the series is quite bewildering to me; however, I continuously find myself eagerly awaiting the next weekâ€™s episode.

As such, I have pinpointed three things which make the bachelor so embarrassingly addictive.

I will leave you with my favourite quote from Wednesday nightâ€™s episode.

â€œIf I knew I would have been seeing Tim this morning, I would have worn something sexier than this onesie.â€

The next episode of the Bachelor Australia airs October 16th at 7.30pm on Channel 10.

Keep your skin safe this Summer