Carmody Road is not your typical band. They are university students by day and by night are playing gigs and rocking out together as a band.

The Brisbane-based band was established in the heart of St Lucia, after seeking a creative outlet which they found in the UQ Law Revue.

Carmody Road is one of the main roads leading to UQ’s St Lucia campus. In the first year that the band was formed, they would rehearse at UQ or in a sharehouse just off Carmody Road. The band felt that the road had a big connection to their roots and how it all started.

The band’s sound is influenced by all the different backgrounds and tastes in music from each band member. They combine a mixture of jazz, reggae into their indie-rock sound.

Creating a unique sound that flows organically to the band, means that each member has full creative flexibility and add their own sounds and styles to the music.

The band is heavily influenced by local Australian artists such as San Cisco, Spacey Jane and Lime Cordiale.

The Creative Issue had the pleasure of chatting and finding out more about the band. 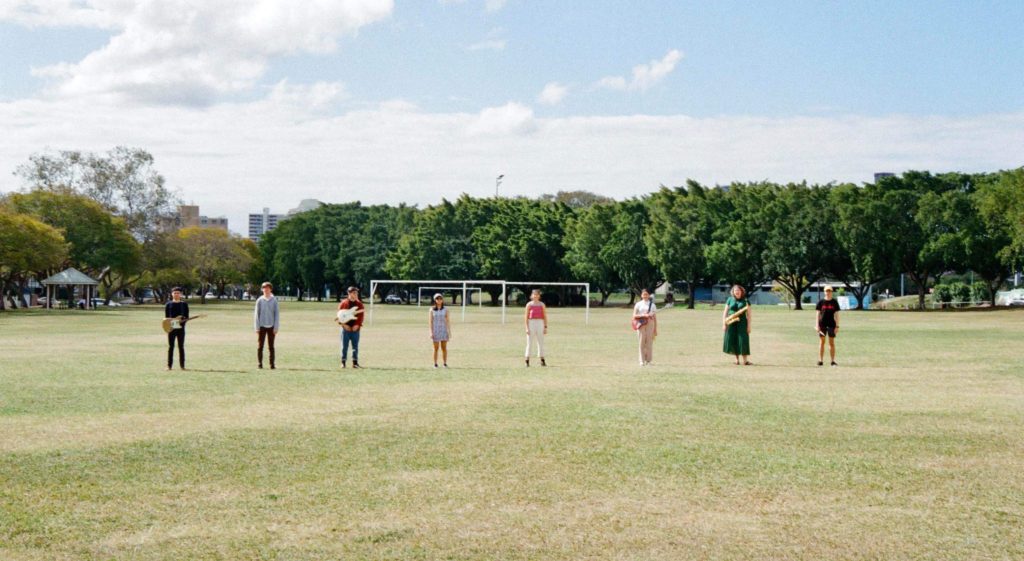 The Creative Issue: What is everyone’s role in the band?

Carmody Road: We’ve got Oscar Kawamata on the kit, Billy Bird and Mark North on lead guitar, Gabby Ong on keys, Ella North on bass and backing vocals, Helen Stewart-Koster on the mic and Georgia Whybird leading a killer hornline.

TCI: What can people expect when attending one of your gigs?

CR: Carmody packs their sets with tunes that will keep you dancing all night long. We maintain a pretty diverse repertoire with dancy and heartfelt originals to covers ranging from George Michael, The Four Seasons, Jungle and The Church to Two Door Cinema Club, Tame Impala and Ball Park Music. Expect a good boogie and sing-along when you come to our gigs.

TCI: What is your favourite memory from one of your gigs?

CR: In one of our first gigs where we played at a UQ Law Society event at Cloudland, we were playing on a raised stage and at one point in our set, we realised the stage was shaking from how hard people were dancing around us. It was a pretty stellar feeling!

TCI: What is your vision as a band for the future?

CR: We hope to keep exploring the Brissy music scene and share more of our original work. There’s so much great music out there and it’s great to use performing as a creative outlet from our studies and working life. We love to share music with you all!

Be sure to stay connected with the band and keep a lookout for their single that will be released on June 19th.