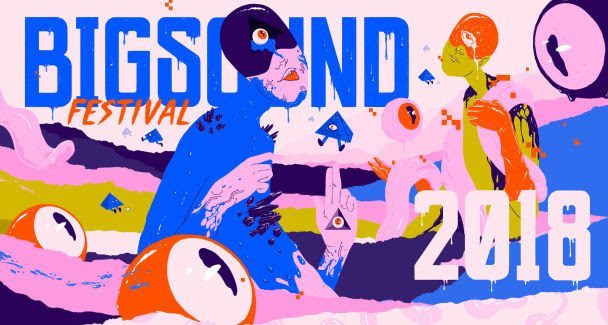 Brisbane’s biggest music event is back again this year having just released their second and final lineup for 2018.

This year’s BIGSOUND looks better than ever with the full list of artists being released as well as a peek into the official parties and exclusive events on offer over a four day extravaganza in early September.

As always, the event is a fantastic opportunity to hear the latest and greatest Australian music, having helped launch careers for the likes of Flume, Courtney Barnett, RUFUS, Tash Sultana, The Jezabels, Middle Kids, Gang of Youths, DMAs, The Temper Trap, DZ Deathrays and others.

64 new acts have now been announced, including Didirri, CLEWS, Arno Faraji, San Mei, Bad Juju, Robbie Miller and many more. This brings the total to 139 Australian artists that will take to the stage this year (full list here).

A $100,000 Levi’s Music Pack is on offer to four showcasing artists, plus $5,000 from each winning artist from Stage & Screen to help them grow in 2018. In 2017 this program helped local Brisbane artist Hatchie go on an overseas tour which has seen her go from strength to strength.

This year keep an eye out for some of the locals flying the flag for Brissie. Must check-outs include six-piece Nice Biscuit who serve up a tasty dose of psychedlic-pop-rock; indie rock favourites, and all around lovely people, Sweater Curse; and pool shop who produces some truely beautiful alternative/shoegaze sounds.

The event takes place from the 4th to the 7th of September across three blocks of Fortitude Valley right here in Brisbane. The full program is set to be released on the 9th of August so keep your ears to the ground for that one. This year is going to be crazy, don’t miss out.

Tickets are on sale here.

July in Retrospective: A handful of last month’s best releases.