If you are looking for a new, alternative and out-of-the-box cinema experience, this is definitely the festival for you.

BUFF runs over three nights and will showcase five pieces of â€˜undergroundâ€™ cinema at the Brisbane Powerhouse.

Donâ€™t interpret the name too literally; this is not a showcase of films set below the Earthâ€™s surface.

BUFF defines their â€˜undergroundâ€™ movies as the mixing of highbrow (video art and experimental films) with lowbrow (gore and boobs).

The festival program delivers to audiences the newest in bizarre, low-budget and generally overlooked films.

Thereâ€™s something exciting about seeing a film where you cannot predict the story line, and with film titles such as Pig Death Machine, White Reindeer and Peaches Does Herself, you will be guessing to the very end. 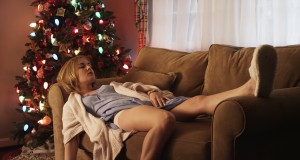 Screening contentious and cutting edge films is what BUFF does best, having previously screened the highly controversial films, Dogtooth (2011) and Hobo with a Shotgun (2011).

The intimacy of the festival screenings in the Brisbane Powerhouse Visy Theatre will make you feel like you are attending some sort of secret cult meeting, and will leave you having experienced most, if not all, of the levels on your emotional spectrum.

One suggestion from me: expect the unexpected.

Other Information: This is an 18+ event