The British Film Festival returns to Brisbane this November with a display of spectacular British cinema.

Hosted by Palace cinemas, the inaugural festival will showcase a wide range of contemporary and classic films.

The illustrious British film industry has produced some of the most poignant, thought provoking and hilarious cinematic gems of the decade, and these are no exception.

Spanning over 12 days, the festival will showcase 14 contemporary feature films.

Much hype is surrounding two of the most anticipated films of the year, One Chance and Philomena, which will headline the festival.

From Director, David Frankel (The Devil Wears Prada, Hope Springs), One Chance will open the festival with the rags to riches success story of Britainâ€™s Got Talent winner, Paul Potts.

This moving and very true story is sure to keep you laughing and leave you inspired. 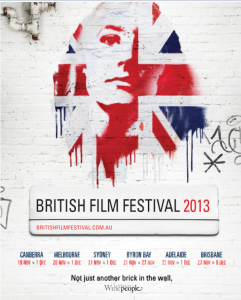 Keep spirits high and continue the night at the official after party where food, drink and live entertainment is provided!

The festival will close with Philomena, the compelling true story of a motherâ€™s search for her lost son, starring Judi Dench and Steve Coogan.

Audiences will also be given a chance to reflect on the history of British cinema with screenings of five quintessential classics.

Chosen by the British Film Institute as the top five British films of the 20th century, the selection of classics is inclusive of Great Expectations (1946) and The 39 Steps (1935).

If you enjoy seeing the change of scenery, listening to the British accents or just appreciate superb acting and film making, the British Film Festival is an event not to be missed.

Be sure to pre-book opening and closing night events as these are likely to be sold out screenings.

For your chance to win one of three double passes to go and see a film answer this question: who do you think the best looking British actor is? Send your answers to info@creativedrinks.com.au for a chance to win!

How much: Tickets range from $13 – $19.50, prices differ for Opening and Closing night screenings