Nursing a pretty serious hangover from the night before, I felt as though I owed it to my body to replenish it withÂ some much-needed nutrients.Â Knowing that Combi was home to a number of raw and organic smoothies from their Instagram account pretty enough to makeÂ any #basic chick swoon (myself included), my boyfriend and I made the trip to check it out.Â

Combi is located on an adorable high street in Elwood, a quiet suburb just outsideÂ of the CBD. I could tell which building it was as we approached as it was the only store that managed to have a queue outside of the door.

I found the layout of Combi a bit confusing, as there were tables along the outside as well as inside the shop, but there was a sign reading “Order Here” right atÂ of theÂ entrance with a pile of menus. I assumed this meant that if we wanted to dine in, we had to order in this line-up and then find a place to sit. However, when we decided to secure a seat before placing our orders we noticed that there was a second “Order Here” sign in the interior of the shop, clearly meant for those who wanted to dine in. It then became evidentÂ that the first “Order Here” sign we encountered was designated for people ordering take away, but this was never made clear by any signs and none of the staff offered to help us despite our obvious looks of confusion. 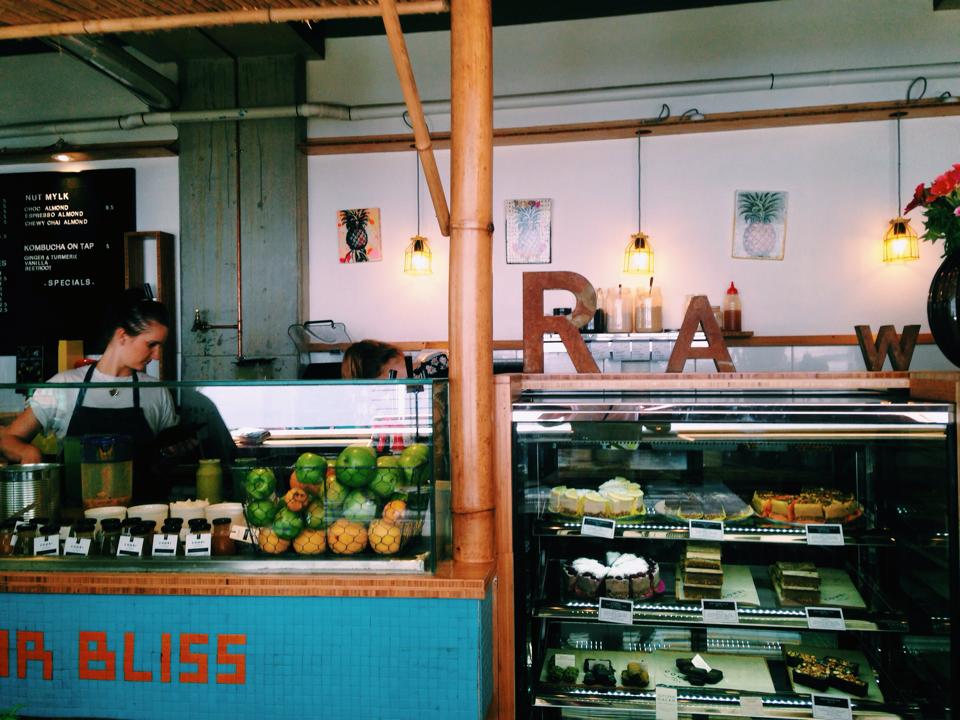 The menuÂ offers dishes hailing from raw and organic super foods such as coconut flesh, chia seeds and acai berries. Needless to say, this place must see a lot of health conscious mums post-yoga session. There is a section of the menu dedicated to “Raw Organic Super Food Smoothies”,Â which were definitely on the expensive side ($11-$12.50) but I knew I had toÂ dabble in this portion of the menu based on the incredible combinations they had to offer. I decided on ordering the “Liquid Passion” smoothie ($12.50) consisting of passionfruit, berries, mango, coconut flesh, raw fermented protein powder and house made nut mylk, while my boyfriend ordered the “Mango Shack” ($11), which includedÂ mango, banana, mint, coconut flesh, raw fermented protein powder, camu camu, house made nut milk.

For food I ordered an Organic Acai Bowl ($15.50) which was blended with banana, blueberries, house made nut mylk and sprinkled with crispy coconut flakes, activated caramelized buckinis, banana, macs and cranberries. My boyfriend, who was feeling like something a bit more on the hearty side, ordered a Combi Toasted Sandwich ($12.50) which was stuffed with cured ham, tasty cheese, organic tomatoes and olive oil. 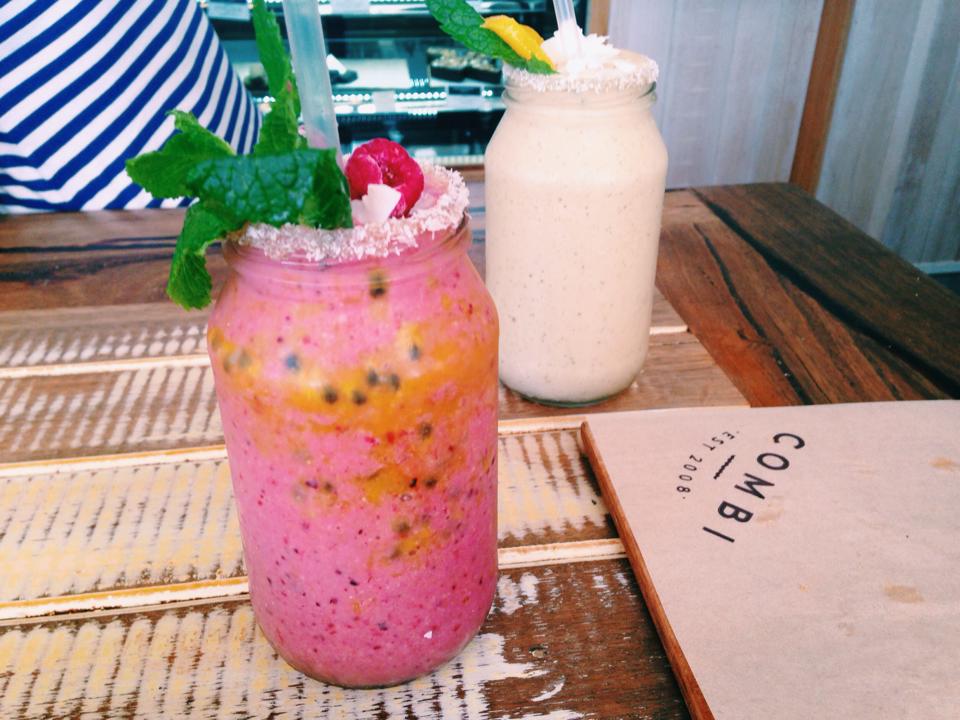 My smoothieÂ was aÂ beautiful, colourful masterpiece with coconut rimmed around the jar and mint sprouting out of it, while the taste was even better as each sip varied from sweet to sour. My boyfriend enjoyed his Mango Shack but not to the same degree as mine as he found the mint flavour to be a bit stronger than the mango, which he would have preferred. Both were refreshing delights that morning and I felt as though my body may have hated me just a little bit less from the night prior. I really enjoyed the Acai Bowl with it’s different textures andÂ the Combi Toasted Sandwich was yummy and as good as it could have been (we weren’t expecting much from a toastie).

I will definitely be back to Combi for a smoothie, however, I wouldn’t go out of my way for the food. Although it was definitely tasty, I found it to be slightly more expensive than I’d like to pay for the portion size and it didn’tÂ particularly blow my mind in comparison to some other brunches I’ve had. IÂ think it’s really cool that Combi caters to a niche market of raw, organic super-healthy foods though, and it’s clear that it works! Check it out for yourself (and don’t forget to browse their “Raw Bar” desserts on display (which I think I need to try next time with a smoothie!).