When I saw the forecast indicating a warm weekend ahead, I knew it would be the perfectÂ excuse for a patio brunch in the city. Unable to contain my excitement for my upcoming food outing I asked my coworkers if they had any recommendations. Two of them suggested I check out Top Paddock Cafe in Richmond, which I was told has one of the best mueslis in Melbourne. I was warned that the cafÃ© often has a line-up and that it would be best to get there early. However, knowing my lazy-weekend tendencies I knew that getting up at 8am to beat the brunch rush was simply not in the cards. 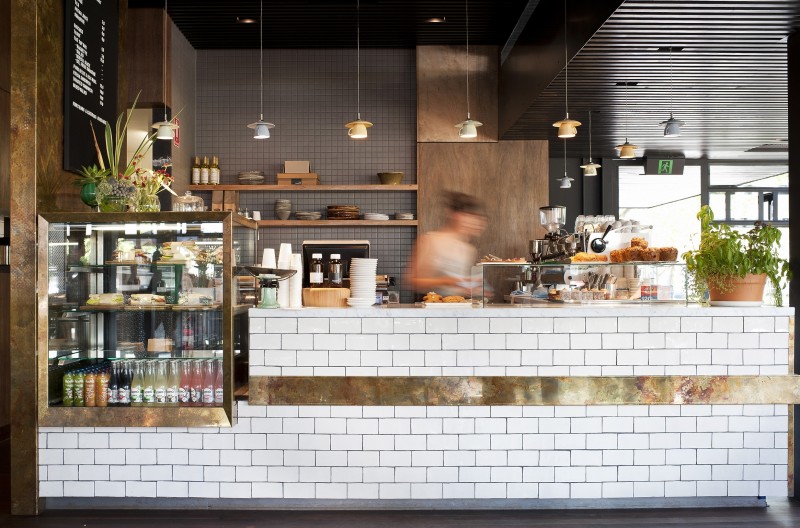 As predicated, my boyfriend and I arrived at the cafÃ© at around 1:30pm. I was nervous about the length of the queue, but when we arrived we were instantly greeted by a friendly host who informed us that our table would be ready in about twenty minutes. Much toÂ our surprise, the host called my name just less than ten minutes later and showed us to our table. As we made our way into the cafÃ©, I was drooling over the clean and modern open concept interior which consisted of white tiles and interesting light fixtures. The outdoor area where we were seated was lush and beautiful, and I loved the little details such as the stools made of traffic signs. 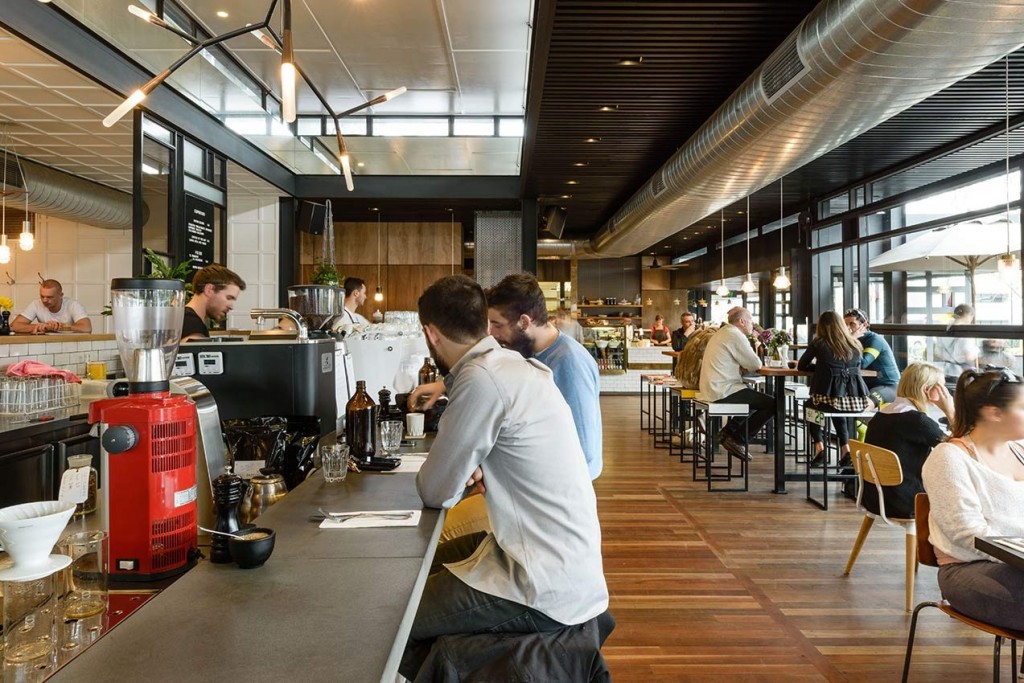 To start, we ordered coffees, which came promptly despite the full house of patrons. Although I will admit Iâ€™m not as much of a coffee snob as Melbournians are known to be, I enjoyed my flat white. Having read the menu the night before and trusting my fellow coworkers advice, I knew I was going to order the bircher muesli with lemon curd labna and green tea poached pear ($13). My boyfriend decided on the â€œTop Paddockâ€, which is a meaty plate of chorizo, bacon, green tomatoes, peppers and poached eggs ($22).

My boyfriend and I were extremely impressed by the speed at which our food arrived. In fact, I hadnâ€™t even finished my coffee when the beautifully plated dishes arrived in front of us. My bircher muesli, which was topped with a poached pear and decorated with colourful flowers around the exterior looked absolutely beautiful, and I took no shame in taking out my iPhone to Instagram this beautiful creation I was about to enjoy. My boyfriendâ€™s Top Paddock was another â€œfoodpornâ€ worthy dish that was plated artistically. 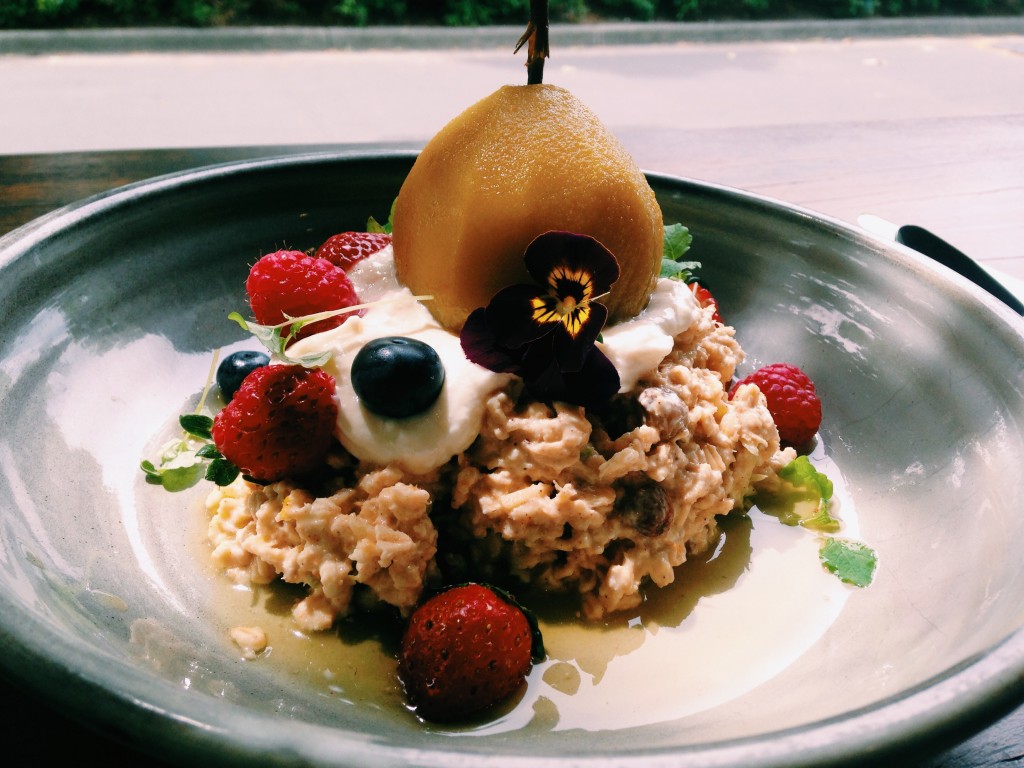 Thankfully, these dishes tasted as good as they looked! My bircher was mouthwatering and creamy with the addition of lemon curd labna, and I loved the taste of the poached pear mixed in with all this healthy deliciousness. My boyfriend was kind enough to share a few bites of his Top Paddock, which I also very much enjoyed. I am a sucker for anything with chorizo, so I was definitely a fan of this hearty and salty dish. The combination of the grilled veggies, basil and relish worked magnificently with the meats and the eggs, and the portion was generous enough to be filling.

Itâ€™s no wonder that this place is packed every weekend. With a ton of creative dishes on the menu (such as the Ricotta hotcake, which I vow to order next time) and a lot of healthy options, it explains why Top Paddock is buzzing with people post-workout. We were also very impressed with the service, and especially that it was so quick despite being so busy. I will definitely be back to Top Paddock, and I encourage any fellow foodies in Melbourne to check this place out!

Photo Credit: Melbourne Is DesignÂ and Breakfast Out