According to Kiara Bulley, she and her sister Bianca are almost interchangeable. They’re only a year and a half apart and have always done the same things. They both studied fashion at Queensland University of Technology, they both work in the costume design industry, and they both sew, design, and cut fabrics for their label, Bulley Bulley.

“We’ll often turn up to meetings having come from different places, and look like we’re wearing the same outfit,” says Kiara, when describing just how similar they are.

When it came to starting their fashion label Bulley Bulley, Kiara couldn’t see it happening without Bianca.

“We’re so intertwined in each other’s lives,” she said.

She explains that it’s always been this way. The sisters have always loved dressing up together, and have sewn from an early age after growing up with their mum and grandma sewing.

“We both made clothes from a really early age… I made my own school uniform. I came from a country town, you went to the haberdashery store, you bought the pattern, and you made it yourself”.

Although fabrics and design have always been a joint venture, the initial idea of starting the brand came from Kiara.

“I went to a store opening wearing a pair of pants that I had made and a friend of mine who was opening a little pop up said, ‘just make some more of those pants, I want to stock them in store.’ And I was like ‘okay you think people will like these silly pants that I’m making?’ … and then it just sort of became my side hustle.”

Kiara describes Bulley Bulley clothing as ‘silly’ more than a few times during our coffee but made it clear it’s not meant in a dismissive way.

“When people think about fashion in a general sense they’re often quite serious and I think it can have this very subtle sense of humour, and that’s what I mean when I say our clothes are silly. 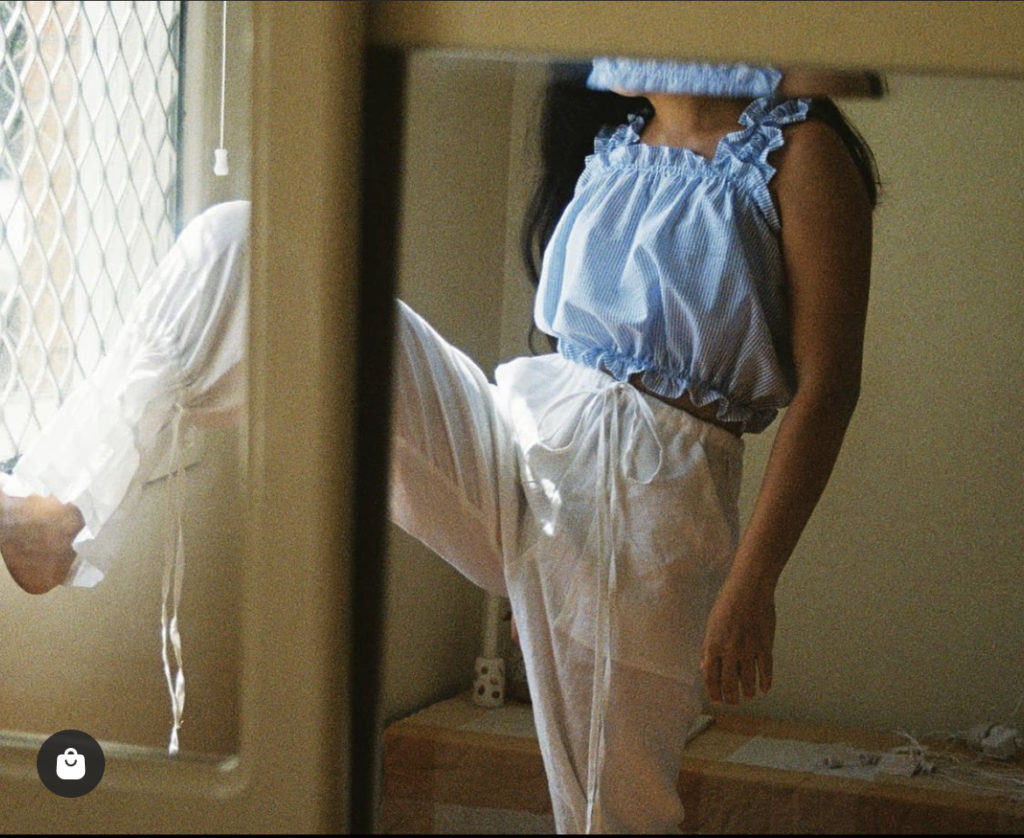 Kiara says she’s drawn to fashion not only creatively, but on an intellectual level too.

“The way people connect to each other and communicate and express themselves through fashion is phenomenal to research,” said Kiara.

This interest feeds into their pieces, with the sisters often using history as a reference in their designs.

“You can see it through the clothes we make, we love history and looking at history, but we like to keep the dialogues we have with history a bit sassy and silly,” said Kiara.

A clear example of this historical referencing is their most popular piece- the draped corset.

As Kiara points out, their corset design isn’t like most traditional corsets, and is instead inspired by one she came across from the 1660s.

“We reference those silhouettes and lines… it’s like a side reference rather than an imitation,” said Kiara.

The Bulley Bulley corset is a lot more wearable; it doesn’t have the rigid structure, and is much softer than you’d find with a traditional corset. Kiara describes it as a more contemporary interpretation. 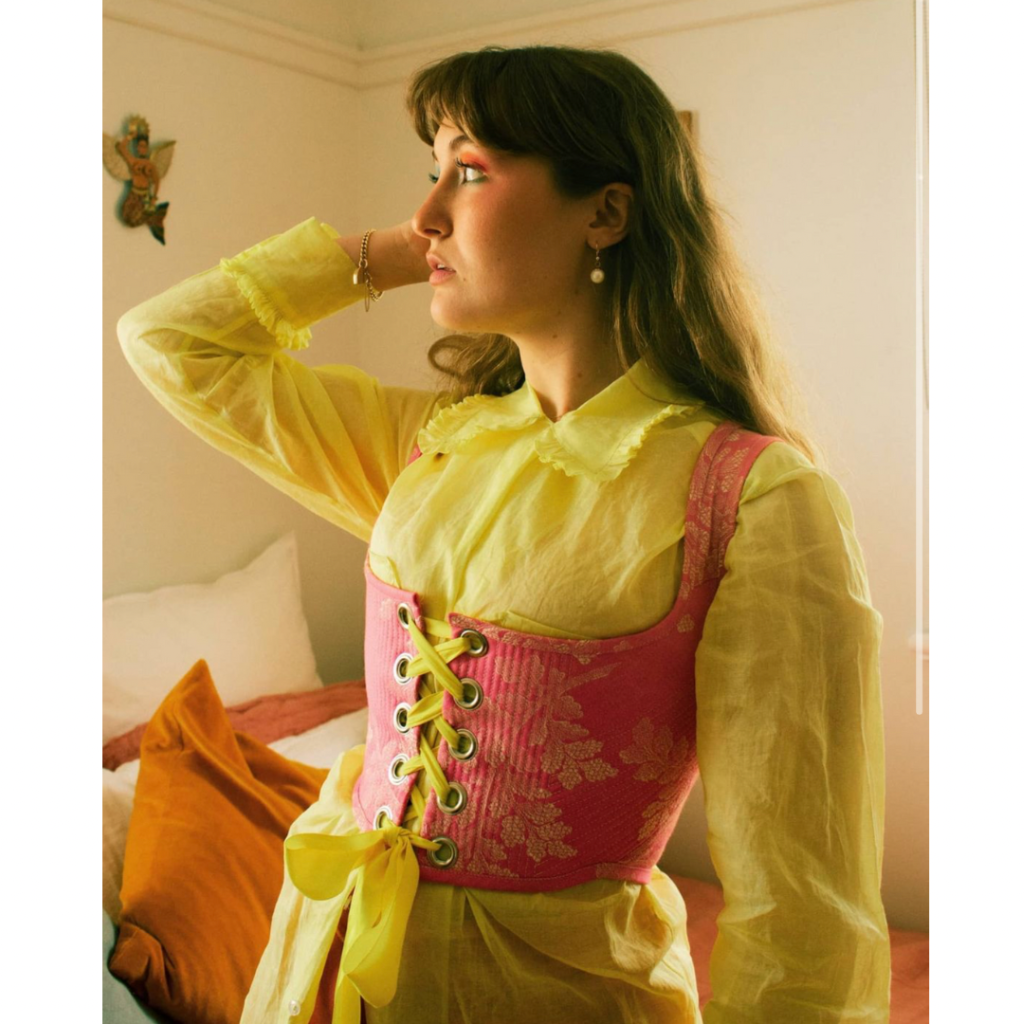 Bianca and Kiara are still working other jobs as well which means they regularly work seven days a week to keep up with the increasing demand for their label.

Kiara says that “as a side hustle it’s becoming more and more central” but she feels that “the joy that I get out of it balances it out,” said Kiara.

The support from followers on social media is another driver for their label. Kiara says she is often overwhelmed by the messages of support she gets from people she doesn’t know who just love what they’re doing.

Kiara is looking forward to the future and is hopeful it won’t be long before she can embrace Bulley Bulley full-time.

“I would love for it to be my full-time gig so I can concentrate on it and grow it in the way that I want… we’ve got some hopes of doing collaborations with some artists who we’re friends with,” said Kiara.

In terms of the style of Bulley Bulley, Kiara wants it to always have the same sense of humour and silliness because that is what makes her happiest as a designer:

“Everyone gets dressed every day, why can’t that be something that’s pleasurable and creative? How does that end up being viewed as superficial? You should feel like yourself, feel comfortable, feel happy, feel beautiful about the way you’re presenting yourself, and honestly it doesn’t matter how silly that is.”