The Delta Riggs on the 'Unscramble Your Lids' Tour

Unless you’ve been living under a rock, you’d know that The Delta Riggs have started their 2019 off in a fashion that could put anyone’s New Years’ resolutions to shame.

Closing up 2018, The Delta Riggs released ‘Out of Place’, a track that is equal parts danceable and thoughtful. They followed up that release with shows in Byron Bay, the Gold Coast and the Sunshine Coast, and next up; they’re kicking on with the ‘Unscramble Your Lids’ tour, starting in Brisbane next Friday, February 15th. Ahead of the shows, we caught up with Jesse Pattinson, the band’s guitarist to fill you in on all the important details.

The Creative Issue: Tell me about your recent shows in Byron Bay, Gold Coast and the Sunshine Coast. Any highlights?

Jesse Pattinson: Apart from getting to hang out with all the beautiful faces who came to our show… On the day of the Hottest 100, we were on the road when they started the countdown. Then Monte’s dad gave us a ring to tell us we made it in. Our day had been made and we spent the next then minutes patting ourselves on the back until someone checked to see that we had in fact NOT made it in. Oh wait is that the opposite of a highlight?

TCI: It’s not long until you’re playing more shows, with the ‘Unscramble Your Lids’ tour kicking off in February.  How are you feeling ahead of those dates?

JP: Honestly, our lids are so scrambled so we are really itching to unscramble them because I frankly cannot see a thing. I am unable to type so I am dictating this to my assistant Sven at the moment (If there are any grammar issues you can let our manager know because he will be having his pay reduced). Next question. No don’t dictate me saying “next question” I meant move on to the next question dumbass…

TCI: You’ll be joined by Eliza & The Delusionals, Tiny Little Houses and Bec Sandridge for the shows. How did your relationships come about with those artists and what made them the right choice for you? 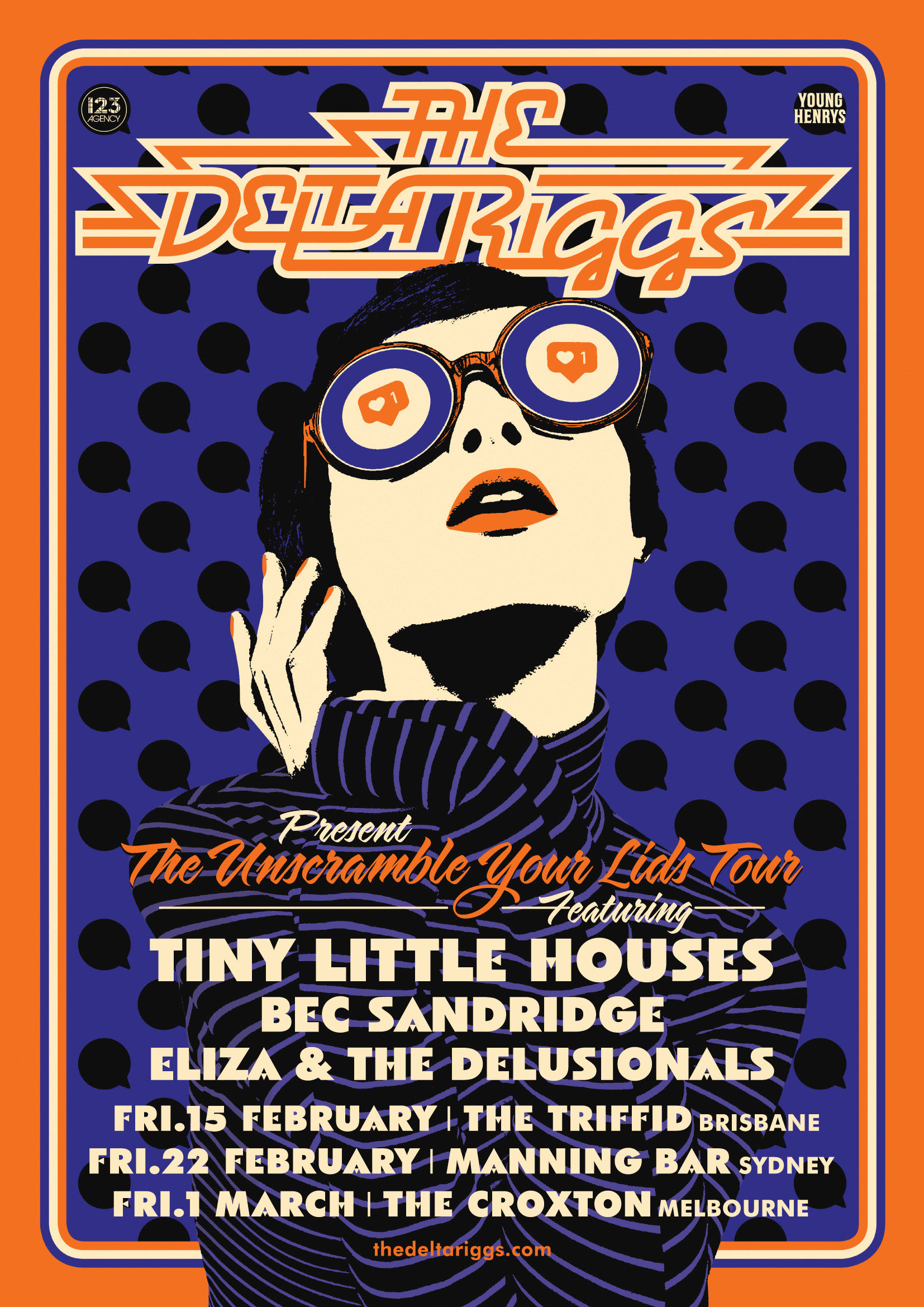 TCI: You’ve expressed how real relationships, along with the concept of sincerity have influenced your previous two releases. Can you tell me a bit about that?

JP: I can get behind anything as long as I can see it’s come from an inspired place. When music crystallises a feeling, and then as a listener you tune into that same frequency and you realise something you couldn’t put into words, that’s when your relationship with music is the most satisfying. I think it’s an ethos that has stuck with all of us from when we were real youngsters playing in punk rock bands and looking up to bands like The Clash or The Replacements. For me personally that formative band was Nirvana. Those bands clearly weren’t just making shit up from nothing, and that’s why their songs still resonate instead of getting chucked out with yesteryear’s trash.

TCI: Following that, are those values something that also impact your approach to live performances? If so, how?

JP: Yeah we made songs that express a moment for us. From there it’s about putting it on display for people to interpret however they like and be a part of the energy of the show however floats their boat while we beam a white hot sonic jet of pure molten diamond onto them.

TCI: As a band with such an incredible resume of touring experience backing you, what would you say the most important lessons you’ve learned along the way are?

JP: There’s a lot of different types of people, cool and some not cool, kooky characters, peculiar ideas, but also divided opinions, modern pressures, and frankly cold hard shit out there… But the silver lining is that more often than not, you have more in common with most people than you think, even the ones that you don’t understand or see eye-to-eye with at first glance. Sometimes all it takes to keep a level head, and thaw the ice is to throw out your need to be right even if you think you are, have a chat and show a little empathy, understanding and forgiveness.

TCI: You’ve teased a release for later this year, what can you tell me about that?

JP: Yeah we have an album coming out real soon. It’s been a tough year for us making it to be honest. Everyone had a lot of difficult things going on personally and some tough times definitely played a part in how it sounds. But it makes the highs higher, and it feels like the record we’ve earned the right to play as a result of not giving into the forces of gloom. Can’t wait to share it with all the freaks and geeks.

TCI: If you could pass on one message to the people who’ll be at your upcoming shows, what would that be?

Jesse Patterson: If you are lost and need directions to the show, look into the stars and find the big dipster. Follow the handle of the big dipster and trace it until it meets with the 3rd hole in ryans belt. Trace back from this hole on Ryans belt so that it meets with the horizon…. THAT is where you must then trace back along the horizon 45 degrees to the nor east until you see a door. ENTER THAT DOOR. Then ask the person behind the counter if you can use their yellow pages. If you reside in Sydney, you will be wanting to find “The Manning Bar” pty ltd. For Brisbane you will be after “The Triffid pty ltd”, and for Melbourne you will be looking for “The Croxton pty ltd”. Good luck and stay safe x