Fresh out the international cinema oven, The Elfkins is a fantastic tale of baked goods and friendship. 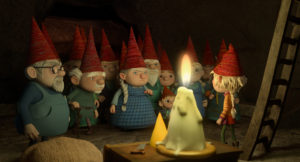 Based on the Heinzelmännchen of Cologne The Elfkins follows Elfie, a tiny humanoid person who lives underground with her family. Elfie is desperate to learn a craft to earn the respect of her peers, and a very cool pointy red hat. After one blunder too many Elfie sets out into the forbidden world of humans to find a craft she can excel at.

Accompanied by her friend Buck, and her frenemy Kipp, the trio stumble into the struggling Bakery of a human named Theo. The Elfkins offer to help save the bakery, if Theo agrees to teach them how to bake.

Coming out of Germany and under the direction of Ute von Münchow-Pohl The Elkfins plot won’t blow you away but the movie’s animation is quite impressive. There was a lot of time put into ensuring objects interacted and reflected in realistic ways. There are scenes that feel like technical accomplishments given the small scale of the production.

The biggest laughs I had while watching were from visual gags within the animation. In a genre occupied by large expensive tent pole films made by the likes of Disney and Dreamworks. Its nice to see boundaries being pushed by comparatively smaller studios. 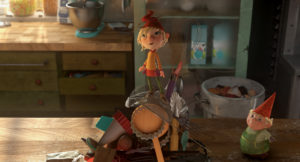 All in all its a solid kid’s movie. Clocking in at a run time of 78 minutes. My biggest take away from The Elfkins is that the bar for children’s movies across the world is much higher.

I look forward to seeing more from international animation studios in the future as animation technology continues to advance. If you have a kid or  want to feel like one for the day I couldn’t recommend a better movie. Just don’t make the mistake I did and watch this movie on an empty stomach.

The Details
What: The Elfkins
When: January 14th
Where: A Theater near you

‘Our Town’: Beauty in the Everyday with Queensland Theatre

From the Ashes a Fire Shall be Woken: IMA’s Tim Riley Walsh