The Bull, The Moon, and The Coronet of Stars is set to open this week as part of a season of three plays, The Bull, Elektra/Orestes, and Conviction. This triptych of theatrical work will be helmed by female powerhouse directors and focus on bringing female voices viewed through a female lens. The Creative Issue had the chance to chat with The Hive Collective’s co-Artistic Director, Kate Wild last week to get the latest on this new season at Metro Arts, West End.

The first question centered around The Hive Collective’s experience in working with Metro Arts, a production company and theatre with world-class style.

“Brilliant!…The Bull is just one of three plays that we are doing at Metro Arts over the next month, we’re doing two-week seasons of each play. So The Hive Collective put together the idea of doing a season of plays with three directors and we took that to Metro Arts saying “look this is a new collaborative model for producing independent theatre, and we’re wanting to partner with a venue.” And Metro Arts, aren’t just a venue they’re also a producer of independent work “we’re wanting to partner with someone who will allow us to produce, curate, present, a season of three works, is that something that you’d like to do?” and Metro’s been absolutely brilliant, they’ve been very generous in their support. And it’s been great to be in the new space, the New Benner Theatre at the new Metro Arts, beautiful theatre. I’ve just directed Rising there with Playlab it’s just a gorgeous space, so to be able to do that work in that spanking new theatre has just been a delight.”

With such an extraordinarily long name, The Bull, as it’s more affectionately known, will open as the first in this series of three seasons and concentrates on a love story woven with Greek myth. Kate’s role in this production is as a producer, a role she shares with two other women leading The Hive Collective as co-Artistic Directors. Kate went on to explain the rewards and challenges of being within such as position.

I mean the rewards are fantastic, the support we’ve had through a very difficult year, we’ve already had this season postponed, we were meant to do it late last year, obviously, because of COVID, that and many other challenges have come our way but the fact that we’ve had the three of us to consult with and commiserate with has just made an enormous difference to the mental and emotional impact of things like that. 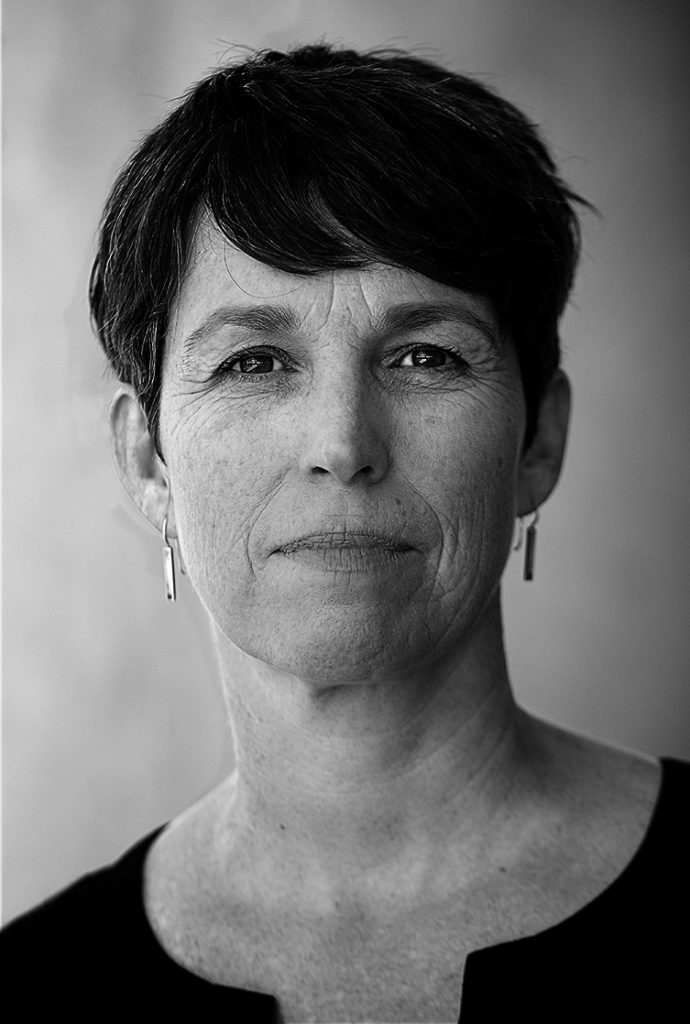 The challenges have really just come very recently, where we’re suddenly – Heidi is about to go to the theatre next week, so she’s been in rehearsals, Heather is now in rehearsals for Elektra, and I’m trying to research and prepare to go into rehearsals next week…And we have a fantastic team as well, we have a production manager and a design team, we have four interns, our creative associates, who are also helping out. It’s busy, and a bit stressful, but we’re confident we’re going to get there!”

We wondered if the fact that this model of putting on three shows within a season, and lead by three different directors was quite new, but Kate maintained that within the new sits the notion of artistic collaboration, an art as old as art itself.

“I mean there are a lot of theatre collectives in Brisbane, it’s a very collaborative medium anyway. I think the idea of working together with other artists isn’t new at all, I think what’s new is that it’s three directors collaborating…I think it’s the fact that we’re curating the work, that we put together our own season, rather than applying to be part of a season in another venue. So that’s been massive for us to be able to do exactly the work we want to do. And to be – well we are artistic directors of our own company – and a season of work, not just one, so I think that’s new.”

Greek myths are something that is told time and time again. They are tried and true stories, and writers always seem to find new and refreshing ways of retelling them, a fact which Kate says is due to “they are timeless and have something universal and resonant to say about humans and the way humans behave…I think [it] just says something about how human nature resonates through the ages and how not a lot changes at the heart of it.”

Playwright and activist, Van Badham is the creator of The Bull so, we had to ask Kate about what she thought of Van’s motives for setting the story in exotic locations such as Wales, and why telling stories of female sexuality are important in 2021. 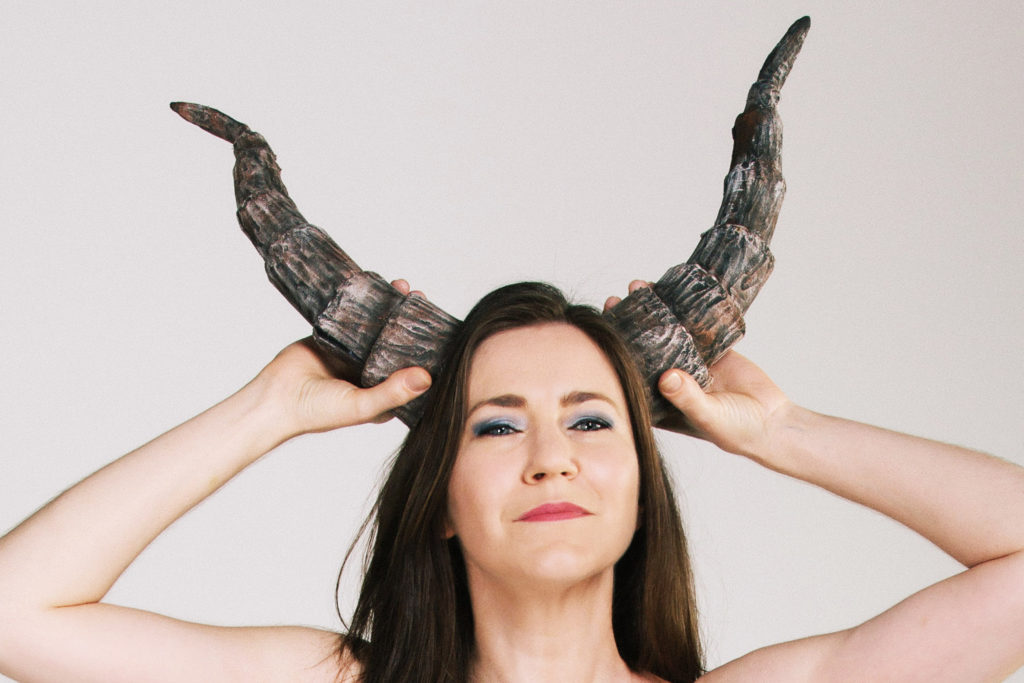 “Van is an Australian writer, and I think she was living in the UK when she wrote this work. One of the characters, the Sommelier, in the second half of the work is Australian. That’s an interesting question. I think, when she sets the first half of the piece in the Ashmolean Museum, I think there’s a sort of reverence and a romance about the exotic location of that. And to then relocate the work to a Welsh seaside town. I think Australians have always relished the exotic, and interesting otherness of the rest of the world…But the sensibility seems very Australian, I think, the humour, the down-to-earthness of the work, the character of Marion all feel very Van and very Australian.

I think, having not seen the work recently, I’m not sure how far Heidi has gone with that, but the way the piece is, it’s told through story-telling…and through language, writ large, because it’s also being told through these huge resonant myths as well, even while you’re only seeing these two actors on a fairly sparse stage, what they’re describing and what they’re describing they’re experiencing, is much more complex and a lot of imagination is required…When we put the season together, there was something so refreshing about reading three works by women and having female experience told through a female lens and then interpreted through the female directorial lens. And there was something beautifully uninhibited about all the pieces, for The Bull it’s about an unleashed sexuality. In Elektra, it’s a very passionate, dark, traumatised, angry world. And for Conviction, it’s this crazy, unleashed imagination.

I think it’s so important that female sexuality is portrayed through the female lens because it is portrayed so differently than when it’s portrayed through the male gaze. That’s what so refreshing about this work, is it’s quite unvarnished and liberated, in its expression of sexuality but it’s done through a female gaze and which just transforms it and renders it refreshing and liberating, and there’s another word there but I can’t think of it.”

Our final question rested on Kate’s hopes for The Bull and indeed, the following two pieces in the 6 week-long season. She left us with what most of us have been thinking and poignantly wrapped up our session with a thoughtful expression.

“I think one of the main hopes has already been realised. Which is that we get these three works up on stage, that we create work, not only for the three directors involved but also the enormous team of artists, predominantly female, who have been involved in these three works. But also, to present for Brisbane audiences, some really awesome contemporary Australian writing, and contemporary Australian writing by women. These three works, they are all highly entertaining. They’re tight, one-act dramas and just a really amazing array of stories to bring to Brisbane audiences. It’s just too wonderful to be in the theatre again after last year, so great to fill foyers again.”

The first piece starts this week, so if you’re keen for a night out at one of Brisbane’s newest theatre spaces, transport yourself on a journey to Wales and beyond in this upcoming season of exciting works at Metro Arts.