The Jensens Chat About Mt. Mura And Shows

The Jensens discuss their latest single, ‘Mt. Mura’ and any upcoming plans for the band.

‘Mt. Mura’ was released only a month ago and it’s already racked up a couple thousand streams on Spotify. The Jensens are playing a couple of shows this month supporting a couple of bands around South East Queensland but we’re hoping to see some new headline shows from them shortly. We had a chat with the band about ‘Mt. Mura’ and everything new with The Jensens.

The Creative Issue: You’ve released a couple of singles within the last year, are these leading up to a body of work?

The Jensens: Yeah we’re putting out a Long Play called Hyacinth Haze that will have ‘Coma’ and ‘Mt. Mura’ on plus another single. It’ll be our longest, most in depth release, a lot more progressive writing, a lot more patience.

TCI: Where did you draw inspiration from for ‘Mt. Mura’?

TJ: ‘Mt. Mura’ is about growing up queer in a religious household and community. It’s something that really stained my teenage years and early adulthood with depression and a lot of resentment. As I got older I learned to move past it but as many other members of the queer community will tell you, all these feelings were brought back to the surface during the national plebiscite on same sex marriage. I was walking through James Street one day after my then partner had told me they were harassed by some men using homophobic slurs on their way home. I saw written on the wall ‘forgive someone who isn’t sorry’ and really mulled that over in my head for a good year before coming up with the initial sparks of the song.

TCI: The single’s gotten some great reviews and has been added to a bunch of streaming playlists, do you know when you’re onto a good thing when you’re writing or recording a song? How so?

TJ: I think this was the most instant sort of song from the Hyacinth Haze, the catchiest simplest idea that we knew people would relate to and vibe pretty easily. 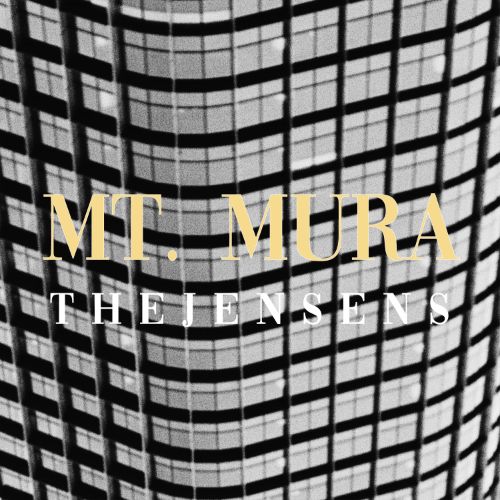 TCI: You recently played Mountain Goat Valley Crawl, how was that?

TJ: Amazing. We’ve had a long break from the live circuit for various personal reasons but it felt great to play to a fun, energetic crowd again, we really feed off it and always come off stage wearing the biggest grins.

TCI: Are there any more live shows in the works?

TJ: Yeah we’re playing quite a few shows coming up, supporting a few friends here and there, looking at doing our own run of shows after the release.

TCI: What’s the most important lesson/lessons that you’ve learnt while supporting other bands?

TJ: To always make a show special for the ones who came, no matter if something went wrong or not as many people showed up, it’s a pretty classic piece of advice but it’s important to give that person what they came for.

TJ: Live at your parents house as long as possible, spend all your money on music equipment, play your instrument for at least an hour a day and get out there and meet as many people in the industry as you can. Just don’t hold back, if you’re serious about it, you could really make something great.

TJ: We’ve started recording another batch of songs so we’ll see what the vibe is and go from there. Hopefully a lot more shows and a lot more releases.

You can listen to ‘Mt. Mura’ here.