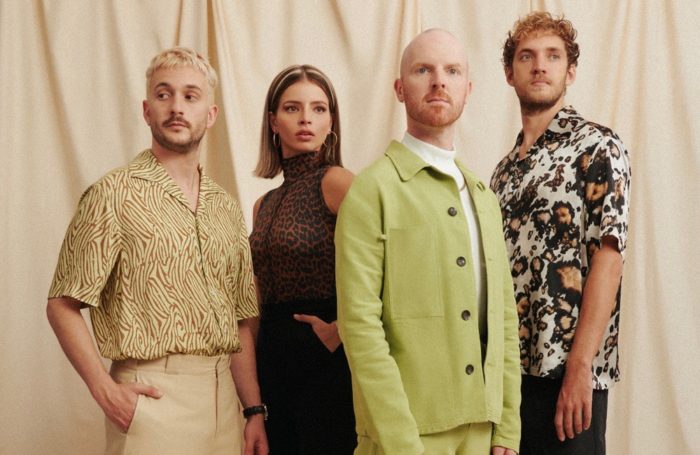 Along with the release of their highly anticipated fourth studio album, Love Signs, The Jungle Giants will be hosting two in-store album signings this weekend in Brisbane and on the Gold Coast.

Starring woozy synths and that signature can’t-stop-won’t-stop bass line, The Jungle Giants’ new album and fifth single from their new album, Love Signs paints the picture of modern day romance. Along with physical and non-verbal displays of affection, modern day love signs take the form of texts, tweets and tags. Lead singer Sam Hales elaborates, “It’s about these little messages we send each other, love signs.”

Written and produced solely by Hales, ‘Love Signs’ is the fifth single to be released from their forthcoming album, following radio favourites ‘Treat You Right’, ‘Heavy Hearted’, ‘Sending Me Ur Loving’, and ‘In Her Eyes’.

To celebrate the upcoming release of Love Signs, The Jungle Giants have released a vibrant merch range, featuring four limited edition neon-coloured vinyl LPs and a tasty selection of apparel. These are all available for preorder via thejunglegiants.com.

As if a new album couldn’t get any better, The Jungle Giants are also going on an Aussie tour in September 2021! 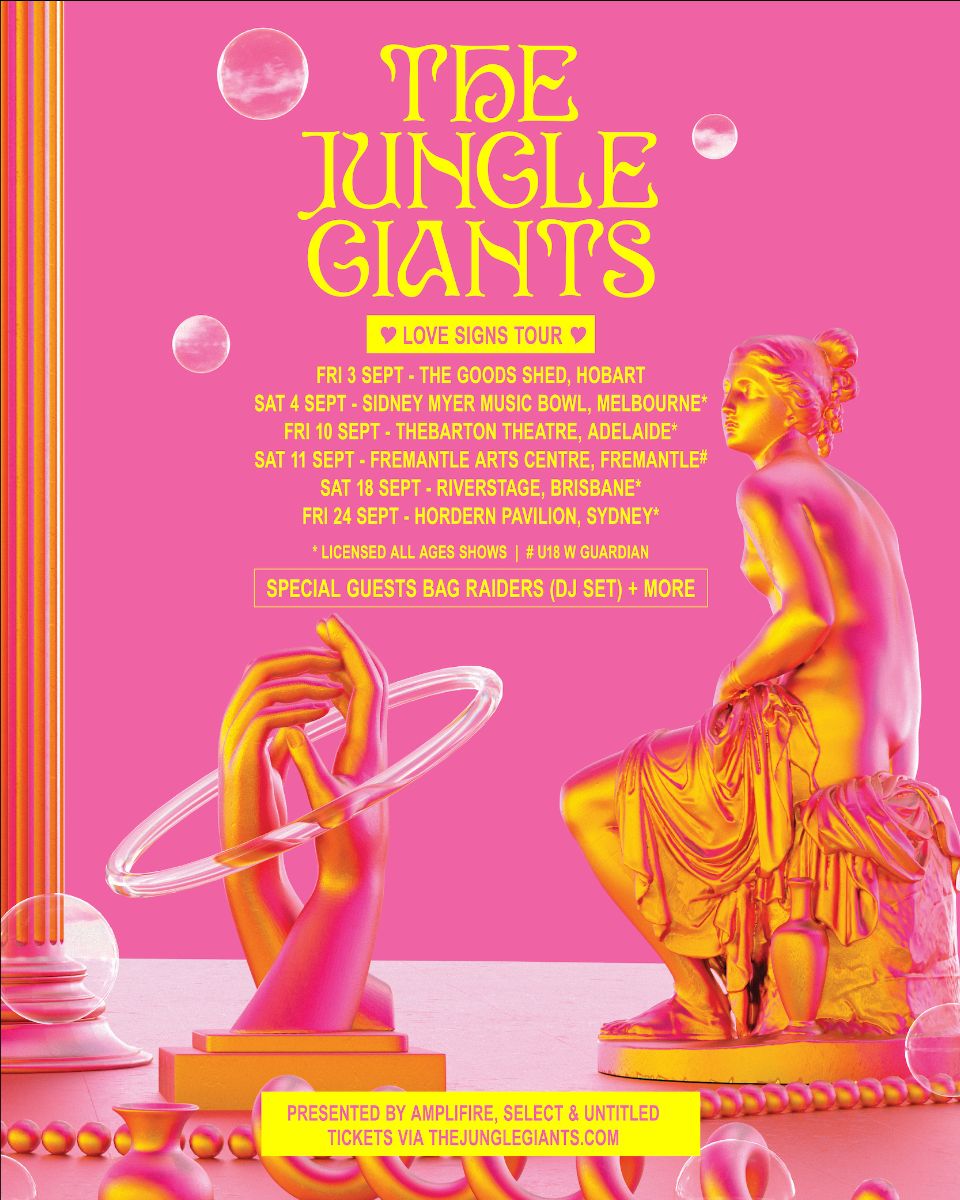 And just to add to these exciting announcements, The Jungle Giants are hosting their own in-store signings in Brisbane and on the Gold Coast this Saturday.

The band posted on social media:

“ITS SIGNY TIME! QLD, Come meet us at BNE + Gold Coast on Sat July 24th. (Day after the record comes out woop). We’ll be hanging out and signin Love Signs vinyl baby. SEE YOU THERE x”

Here are some more details for the signings:

What Your Playlist is Missing: Harris