The return of MasterChef 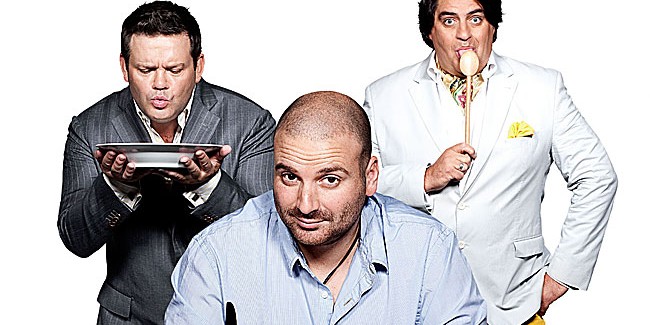 The original biggest foodie reality show is back on our screens tomorrow night! So let’s take a walk down memory lane before Season 6 kicks off.

So I shall make it my duty to remind us all of why this show is possibly the best thing since slice bread. Here are the moments that make MasterChef king of reality.

The Finales of Season 1 and 2 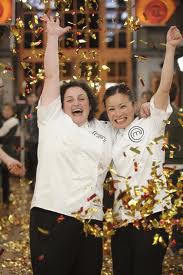 No one, fan or hater can deny the monumental public success when it first graced our televisions. Whether you were Team Julie or Team Poh the nation sat on the edge of their couches like it was life or death. It was a controversial end and to this day I still dream of Poh holding that Golden trophy.

As the highly anticipated season 2 came around ratings were skyrocketing, no one could touch the wonders of George, Gary and Matt. It was so huge the season finale forced the national election debate between then PM Julia Gillard and Tony Abbott to move time slot. Thankfully the judges got it right and Adam Liaw was named champion.

Every episode with the outlandish creations of Adriano Zumbo 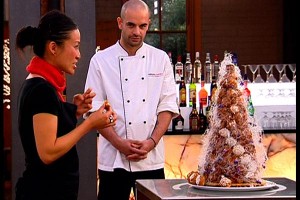 We all remember the first sighting of this evil genius. The croquembouche of season 1 which now looks minor league compared to those that followed â€“ the V8 cake, that chocolate on chocolate beast, the 7 layer candy cake the willy wonka-esque gingerbread house this man has MasterChef to thank for his current success. He made the nation fall in love with macaroons and crash his website for the inundation of dessert orders, he is the true dessert God. 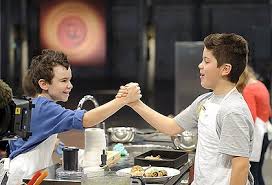 My heart aches for the loss of Junior MasterChef. Each episode brought tears to my eyes. Yeah, so what, maybe the kids got a bit of help here and there but there was no doubting their talent. The innocence of children will never cease to amaze me. There was no rivalries, no backstabbing. It was all camaraderie and hugs, it was an idealistic portrayal and a world where cakes and steaks made a children’s dreams come true.

Then there was MasterChef Professionals – which bombed ratings wise but this was my hourly heaven. As was Masterchef All Stars – because who doesn’t like the best and most notorious fighting for the champion title once again. And let’s not forget MasterChef Celebrity where the nation discovered that easy on the eyes Eamon Sullivan can cook. 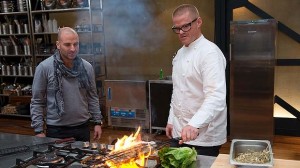 For any true foodie this is the festival to go to with one rockstar after another gracing the stage. We have seen them all from locals such as Kylie Kwong and Peter Gilmore to international legends Heston Blumenthal, Jamie Oliver and Marco Pierre White. Before MasterChef your average Joe couldn’t name you more than 2 Aussie chefs, now these superstars get the attention they deserve. 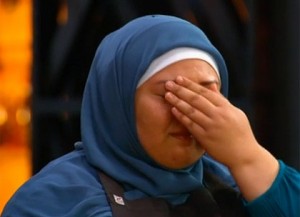 No, not because it was that bad but because it was “disgustingly good”. Was it staged? Yeh most likely. But did it provide delightful entertainment? yes, yes it did!
Which reminds me of another reason to watch – all the fails, so many fails! Contestants plating up a puddle of unset jelly, dropping all those beautiful foods, panicking and crying, neigh sobbing on the floor in front of their ovens, the list is endlessly entertaining. We all get some sick joy out of watching other humans fail, so if not for the food watch it for the feels. 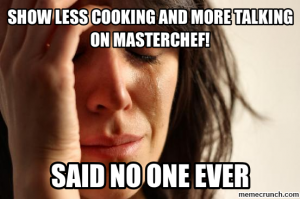 So what if they get more time cooking than what is advertised, so what if the rumours of rigging is true I wonâ€™t stop loving this show for the food alone. Unlike My Kitchen Rules this show (when the producers are thinking straight) puts food at itsâ€™ centre. It started a national revolution, people are not afraid to try exotic flavours, the show has shone a light on unknown ingredients, our supermarkets now stock duck fat, it celebrates our home grown chefs and makes a cook out of us all.

So whether you despise MasterChef for itsâ€™ smoke and mirrors and some call â€˜pretentiousâ€™ attitudes or if you canâ€™t wait to hear the big man in the flamboyant cravats or see the contestants buckle under the pressure of recreating the legendary snow egg, no one can deny this show is a Master of itsâ€™ genre and an influential one at that.

So tune in for the season premiere tomorrow at 7.30pm on Channel Ten.