The Sleepyheads on Their Latest Single 'Nihilist'

The Sleepyheads are Tasmania’s indie-punk rockers turning heads for their nihilistically relatable tracks. Coincidently, the group just dropped their latest track, ‘Nihilist’, as a tongue in cheek take on the troubling times of 2020.

Although the track was written in mid-2020, after some reflection, the band decided to team up with Brisbane’s Connor Brooker, the frontman for Bugs, for an extra boost to the track. The song you hear today is a charismatic track full of hooks, personality, and energy.

Before the release of this track, the band has been finding great success, even snagging a slot as a Triple J Unearthed Feature Artist. They’ve also played some epic gigs across the country, selling out multiple headline gigs, and touring nationally three times.

With this new release, there is only more to come, with the band currently recording their debut album. TCI had the chance to chat with frontman Pat Broxton for the inside scoop into the band’s future intentions.

The Creative Issue: How did the band first form, and what inspired your name The Sleepyheads?

Pat Broxton: We formed in early 2016, with a bit of a different lineup. I was playing solo acoustic shows up to that point and was keen to flesh out my songs into a full band setting. Once I got a few friends involved, I didn’t want it to be “Pat Broxton with his band”, so we landed on the name after I stole it from a Passion Pit song “Sleepyhead”. Five years on and a couple of line-up changes later, here we are!

TCI: Written a year ago in mid-2020, what was the process like for writing ‘Nihilist’?

PB: The skeleton for Nihilist came together quickly. I came up with the melodies and chords on my own, recorded an acoustic demo, and sent it to the other guys. They added their ideas, and before we knew it, we had a solid demo. The most time-consuming part is the fine-tuning. I really felt like it needed a different feel in the second verse, and I couldn’t stop imagining Connor singing it (I am a huge Bugs fan, and just felt like this was the closest we’d been to sounding like Bugs). So, I asked if he’d do it and he was keen! He ended up adding so much life to the song, with the muted guitar riff in the bridge and the call-and-response vocal parts in the verse. 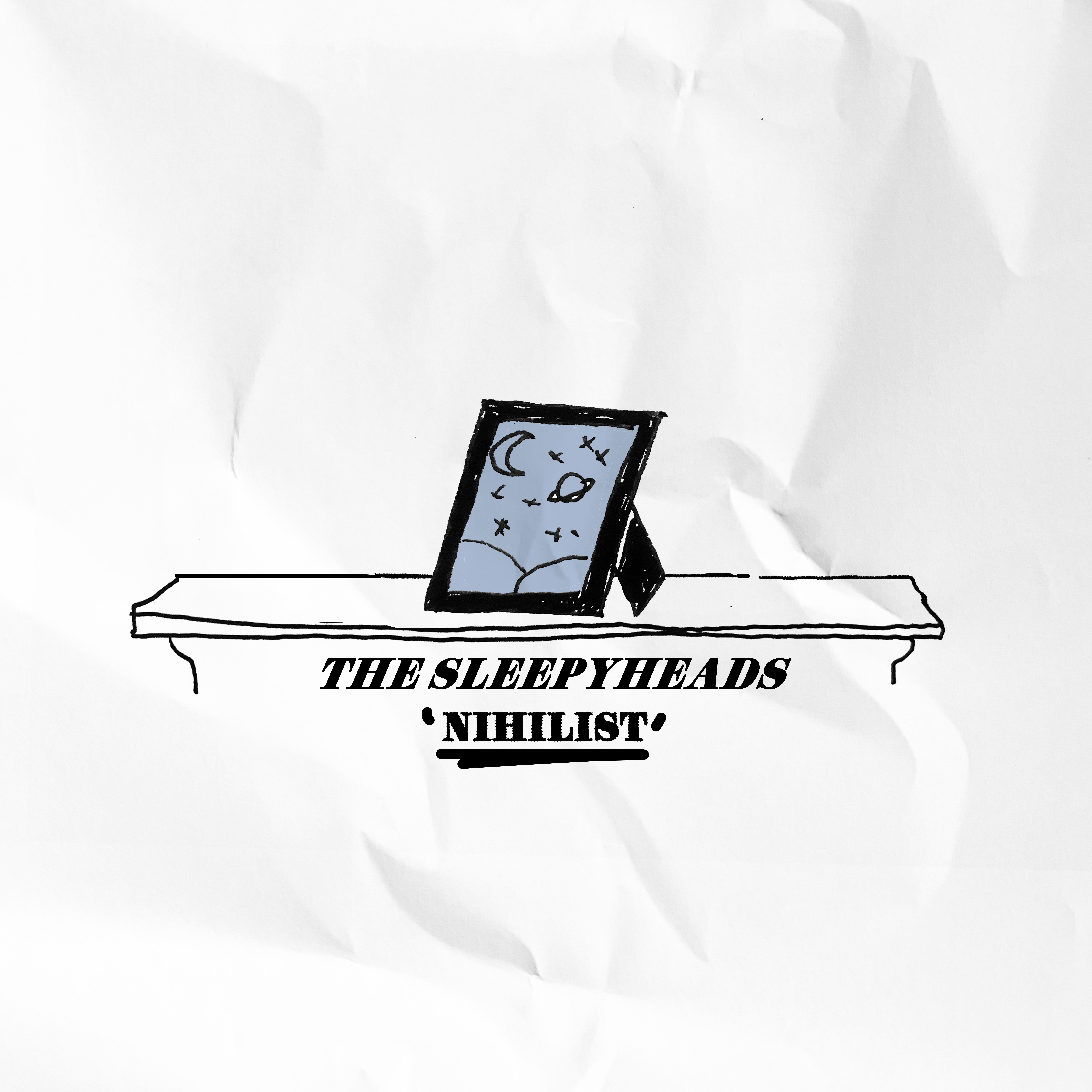 TCI: What’s your typical approach to songwriting, and are there ever times when it feels easy?

PB: Songs like ‘Nihilist’ seem to come a lot easier to me than slower, more emotionally driven songs. It starts with a hook, and everything tends to fall into place after that.

Over the last twelve months, our approach to writing has changed drastically. It used to always start with me coming to the band with well-formed song ideas, then the other guys would build off that. In the process of writing for our album, Dan (lead guitarist) and I have moved from Launceston to Hobart, so getting in a room to jam has become a lot harder.

I think this has worked in our favour though! Our new process involves sending Reaper files back and forth…a lot. But this has brought a new perspective into our songwriting and it’s exciting!

TCI: How would you describe the band and your music?

PB: We generally fall into an “indie-punk” bracket, but I think there are a few other influences that give us a broader sound than that. I love a good pop song (The 1975, Billie Eilish, Robbie Williams), and I also love soft, sad folk music (Phoebe Bridgers, Alexander Biggs, etc.). I think these bleed into my songwriting a lot. I think the main theme of our live shows is to have fun! That’s all we want to get across with our music.

TCI: What do you enjoy most about playing live shows? Do you have any particularly memorable experiences playing a gig?

PB: The wildest experience we’ve ever had as a band was playing at Triple J’s One Night Stand in St Helens. There were about 10,000 people there when we went on at 4:30 pm. It was indescribable.

We’ve also been extremely lucky to have some amazing interstate headline shows too. It blows my mind when we’re in Melbourne, or Sydney or Adelaide and people are singing along to our songs. I can’t wait to get back into it one day! 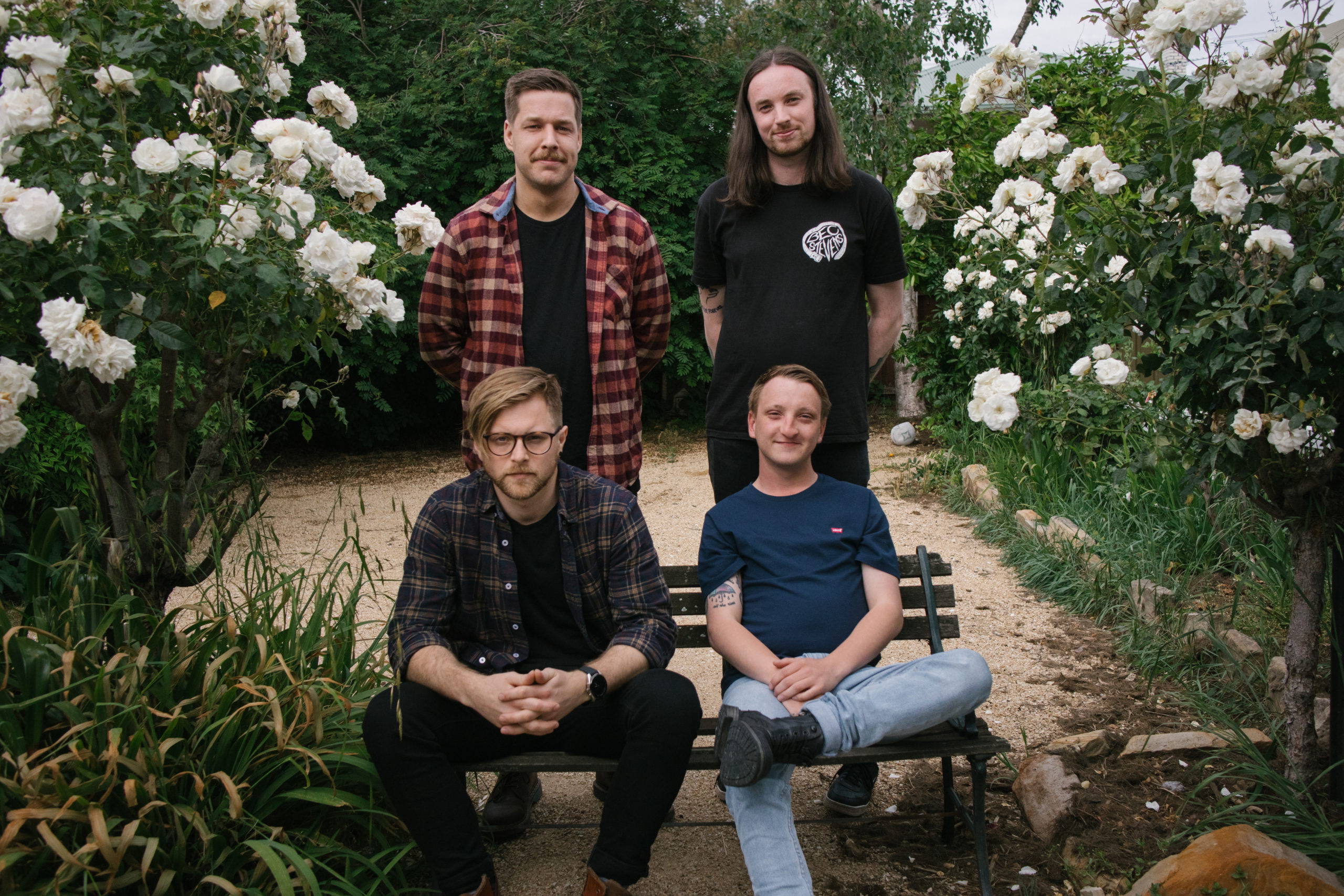 TCI: Are there any particular artists or bands that influence your music, and how so?

PB: When I started writing music that became the Sleepyheads, I was heavily into bands like Luca Brasi, Modern Baseball, Slowly Slowly, and any other bands that fell into that “emo-punk” scene, I just wanted to do what they were doing. I still love those bands, but I think the influence on my songwriting and direction for the band has broadened. Which feels liberating!

TCI: Working in the arts industry throughout the pandemic has not been straightforward. How has the band dealt with the unpredictability of it all?

PB: When the pandemic hit, we were laying low at the time anyway. We had to cancel our own mini-fest “M8fest” in April 2020, which sucked. But other than that, we were very lucky.

I felt so awful seeing all our friends who had just dropped albums or singles, postpone all their tours multiple times (or just cancel them all together). It’s so hard to build momentum in this industry and to see some of our favourite people get hit like that absolutely sucked. We were meant to be going to Sydney and Melbourne on July 30 and 31 to play with Semantics, but they’ve just been pushed back to November. You feel pretty powerless.

TCI: What is the best creative advice you have ever received?

PB: It’s not so much advice, but just a general way of going about being a band. I’ve been watching Luca Brasi do their thing since I turned eighteen. The way they support their community and lift everyone up around them is so inspiring. They’re a great blueprint for how to navigate this industry.

TCI: Besides your upcoming gigs, what’s next for The Sleepyheads? Where do you see your music going?

PB: We’re recording our debut album! We’re hoping to have it out by the end of the year. Hopefully by that point we can go out and play some shows around the country.

Check out the bands’ new track here, and keep an eye out for more new releases to come!