The new track was penned just after after vocalist and guitarist Conor O’Reilly finished watching Netflix’s cult movie, ‘To All The Boys I’ve Loved Before’, and it has us feeling like we’re walking right through our very own teen rom-com.

The band opted to record this one in one swift take to mimic the chaotic, nervous energy of falling in love with a pal, but not quite being ready to say ‘let’s stop pretending’ when it comes to your feelings.

TCI: Congrats on the release of ‘Let’s Stop Pretending’! Could you give us some insight into the inspiration behind the track?

Conor: The inspiration came from the Netflix film – ‘To All the Boys I’ve Loved before”. It inspired the lyrics, and the story and the music soon followed. I wrote the song in about 10-15 minutes just because I was so inspired. I really just wanted to capture the nervous energy of the story of two friends falling in love.

TCI: You’ve coined your music “Nostalgia Pop” – tell us a little about that.

Dave: To me there’s lots of meanings to the term. Some of our songs are obviously nostalgic, like We Were Kids, which is about childhood and lost friendships. Nostalgia is used very differently now but it used to be a word for homesick & it’s funny to me that all the stories in our songs take place in homes. I Don’t Want To Be Alone is like waiting for your partner to get home, We Were Kids is like going back to an old friend’s place, and Let’s Stop Pretending is like waking up in a lover’s house. So maybe the label makes sense.

TCI: How did the recording process of ‘Let’s Stop Pretending’ compare to your previous singles?

Tom: We recorded ‘Let’s Stop Pretending’ and our other two currently released singles (‘We Were Kids’ and ‘I Don’t Want To Be Alone’) in the same session. The challenge for LSP was capturing the energy we always try to bring when we play it live, and we decided to overdub as little as possible and not play to a click.

There’s a great interview with Steve Albini, in which he discusses his philosophy as a producer, and that his role is to capture a band as objectively as possible to avoid that ‘clean’ studio sound that detrimented hardcore and punk bands of the 80s. While the other tracks we recorded had a more involved studio ‘process’, I think we channeled that punk ethos to keep a more ‘raw’ sound.

TCI: Where else do you find inspiration for your music, and who are your key influences?

C: In regards to influences I think our key musical influences are the bands our parents grew up listening to like, The Cure, U2, New Order and The Smiths, and then some of the more modern influences are bands such as The Strokes, and Phoenix. Naturally our newer songs are sounding different to where we first started out, but we’re loving the way our newer music is coming along as we write it. 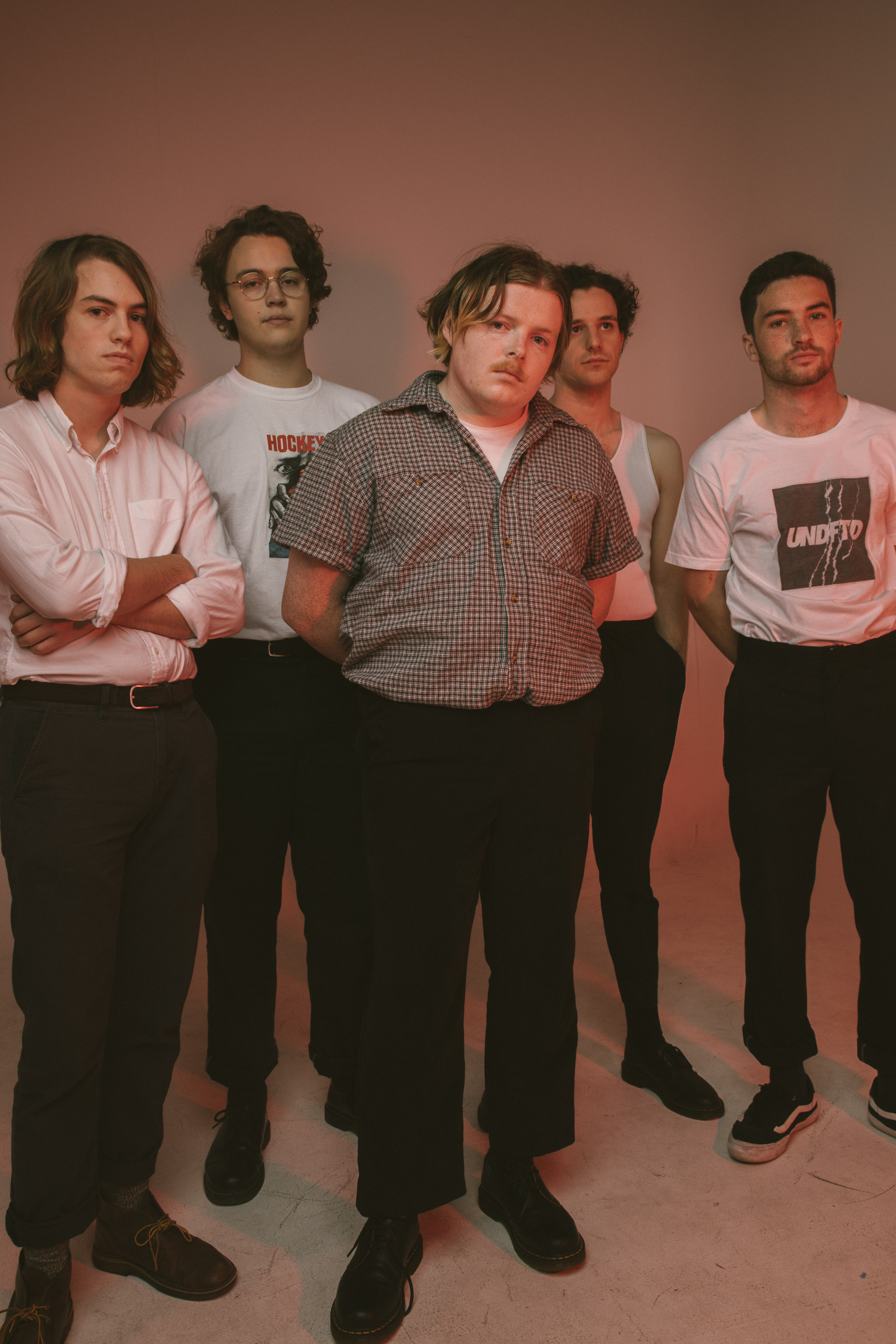 TCI: What do you love most about making music together?

C: Personally, I love having ideas to bounce off others, I can be quite stubborn when I’m pitching a song to the band but I know that whatever changes we make are the right changes, we all love the same sort of music and have the same vision so I think it’s great to have a cohesive team where we can all push the songs into the right direction.

At the end of the day it’s about having fun with it, rehearsals are a time where we get to hang out and have a laugh, and sometimes that’s the best part about making music together. I’ve been a part of other bands where it hasn’t worked out because we weren’t the best of friends, but The Sunday Estate is five good mates who love making music together.

TCI:You have a launch show in Sydney at the Chippendale Hotel on Oct 24. How are you feeling leading into the show, finally being able to celebrate the release of your third single?

T: Nervous! I don’t think there will be a day any of us don’t feel the butterflies before a show, but we’ve put a lot of ourselves into this new track, the video, and the whole process, so seeing it all come together will be incredible.

TCI: And finally, what else is on the horizon for The Sunday Estate?

T: We have a few gigs lined up in the coming months, then we’re really rearing to get back to the studio and start working on a longer project, an album perhaps! That would be the dream, and we’re getting closer to having the amount of songs for one, but It really depends on what we can afford in terms of studio time. You can definitely expect new tunes in the new year.

What’s On: The Revisionist at Metro Arts