Recently emerging from Melbourne, The Velvet Club are an indie-rock band producing a plethora of catchy, infectious tunes.

The band started playing together at small backyard parties, and have already come such a long way, recently selling out headline shows for their single ‘Alter Ego’ at The Workers Club & The Tote 2021. Prior to COVID, they also had the chance to perform at Brunswick Festival 2020 & A Day of Bushfire Appeal. Their songs have a quality similar to DMA’s, The War on Drugs & Spacey Jane, but with their own spin and distinguishable charm.

With many great tracks already under their belt, they’ve just released ‘Everything’s Changing’ as a perfect addition to their discography. The relatable lyrics dealing with that feeling of being stuck and not knowing where you’re heading next, along with the jangly riffs, combine for the ultimate singalong tune. Recorded in their studio in February of 2020, it was then produced and mixed by Thomas Keyte (Sophisticated Dingo) and mastered by Joe Carra of Crystal Mastering. Although the song was written prior to lockdown, it managed to capture those feelings we became all too accustomed to last year; nostalgic, stagnant, uncertain.

We had the chance to chat with AJ from The Velvet Club about the bands inspirations, ideals and their new track. 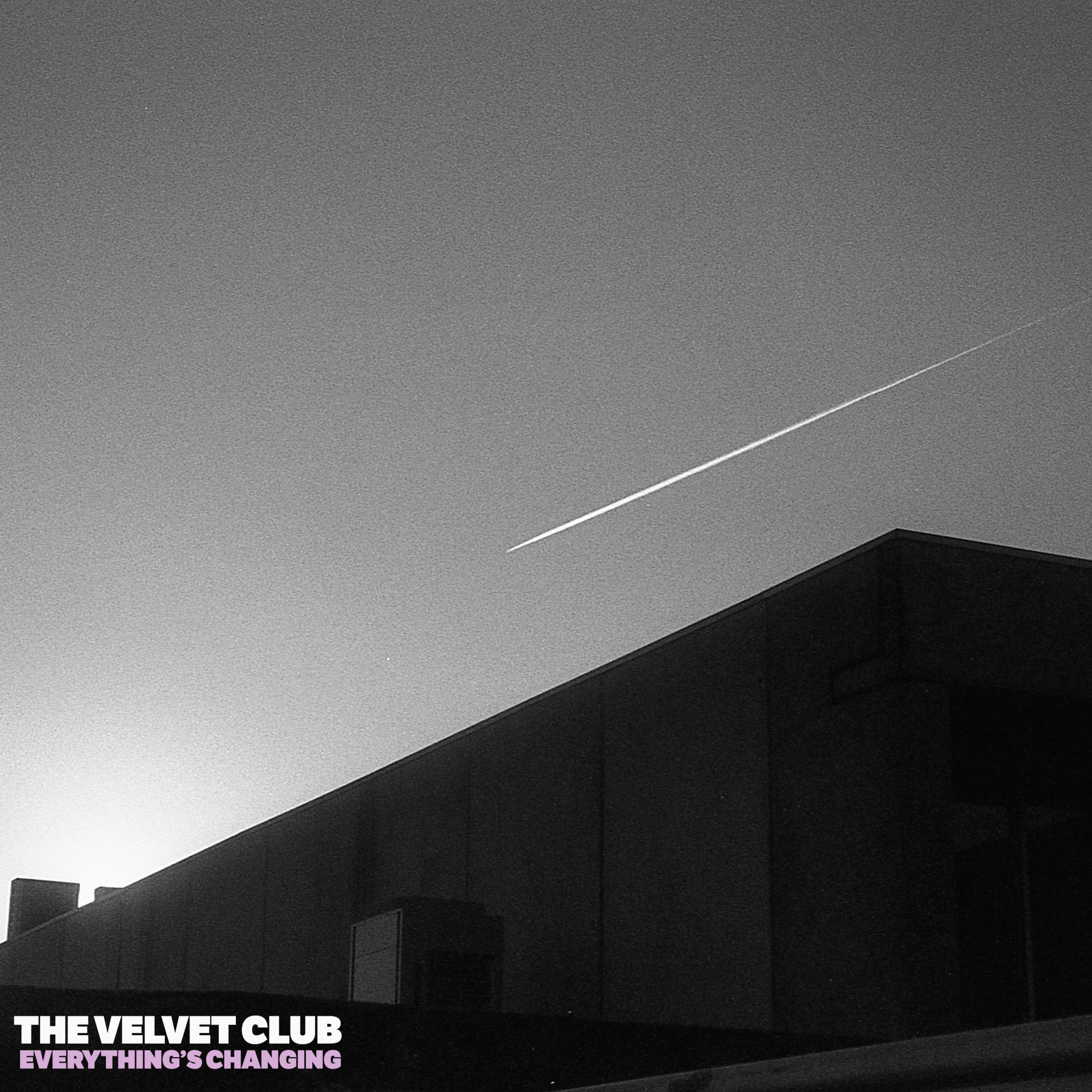 The Creative Issue: ‘Everything’s Changing’ is such a groovy song. Where and when did you record the track?

AJ Tilyard: We recorded it in like, early 2020, literally just before lockdown started in March. We just didn’t want to put it out during lockdown when we couldn’t play shows or anything. So, we put out a couple of other songs and decided to hold on to this one until now.

TCI: What inspired the lyrics behind the track?

AJ: I guess just playing gigs on weekends while trying to find time to practice and play while we were working and stuff, and that feeling of just wanting to just play music and not having to go to work. That feeling is so similar to the post lockdown feeling, but I guess we wrote it a while before that even happened. I guess, it’s just what comes out really. We just kind of write about what we know, and that’s all we really know.

TCI: What was the production process like for ‘Everything’s Changing’? Was it different to your previous work?

AJ: It was a little bit different, and we took a really long time to do it, I think. Without a producer we kind of just wanted to get it right and take our time and not rush it. In the past, we just kind of tried to record everything in like a day or two. So, we kind of did multiple sessions over weeks and then went and worked on it individually. We haven’t really done that before, we usually just play it all live and then add some vocals, and that was it. I guess we spent a lot more time on this one and I think it’s just a bit more polished. I think it still has the live aspect behind it, but it’s just got a lot more production going on, or more thought out production on top.

TCI: How did the band form and decide to come and work together?

AJ: I guess it was kind of like how most bands form, just meetings between people. I’d gone to festivals and stuff before and liked the scene, and then pretty much decided I wanted to be in a band, so I just messaged people that I knew to get something started. We just kind of started playing covers and backyard events, like parties, and then we kind of turned into a real band, I guess.

TCI: What are your favourite kind of songs or bands to cover?

AJ: Lots of DMA’s, INXS, some old school stuff, and The Strokes. We just kind of try to work with what we like, and I think when we tried to start writing, that sort of thing just kind of came out as well.

TCI: What inspired the name, The Velvet Club?

AJ: It is so random. We had a list of like 60 names, we just we didn’t want to have anything that somebody else had, like on socials or on Spotify or whatever, just in case they got really big, and then we couldn’t use it, or had to change our name. So, we kind of just merged all the names we had together to find one.

TCI: How do you work through the song-writing process with so many people in the band? Is it typically a collaborative approach, or do you delegate roles?

AJ: We don’t really delegate roles. I usually just come to the rest of the guys who’d write some lyrics and some chords, and then we just kind of work it out. We all just kind of do our own parts, and then it just blends together.

TCI: What do you typically enjoy writing about?

AJ: Just how we’re feeling, it just kind of comes out more than likely. I actually find it’s more that we write about things when they’re happening, we don’t go out and pick something to write about as much.

TCI: Where do you see the band going lyrically in the future?

TCI: What is your favourite thing is about playing live?

AJ: Recently, we’ve had some larger gigs, specifically in Melbourne. The gigs have started to get a little bit bigger, and more people are coming and just singing along which is crazy, because we haven’t had that up until now. People we don’t know kind of singing along in the crowd, it’s pretty cool. It’s only a small thing, but it’s still cool. It’s also really weird, it’s really strange.

TCI: Would the band be open to any collaborations with other artists or musicians?

AJ: Yeah, for sure. I always thought it’d be cool to get your songs remixed like a lot of bands do. To get a big DJ to remix a song of ours would be cool.

TCI: What’s next for The Velvet Club?

AJ: So we go on tour in June. We’re going to Melbourne, Sydney, Brisbane and Adelaide. We haven’t got anything new recorded yet, it’s just all demos stuff, but we hope to have another song out by the end of the year.

‘Everything’s Changing’ is out now, so be sure to check out The Velvet club on Spotify, and you can catch them playing live in June across Sydney, Brisbane, Melbourne, and Adelaide. For all of you local music lovers, the Brisbane show is free entry, and one you’re not going to want to miss!

Get Out and Dine In With Dine BNE City