Off the bat of the release of her EP Monsters, Thelma Plum will be bringing her monsters to a town near you this Spring.

The immensely talented 19-year-old Brisbanite has had her foot wedged in the industryâ€™s door since the release of her debut EP RosieÂ back in 2013. Following the release of her second EP, Monsters, she has effectively kicked the door wide open.

Under the guiding hand of the recognised professional M-Phases, who has previously worked with the likes of international artists Eminem and Kimbra, Thelma Plum has created aÂ musical artworkÂ that we just can’t get enough of. Featuring the triple J favouriteÂ How Much Does Your Love Cost?, the four track EP is aÂ beautifully delicate, while densely layered, display of ThelmaÂ Plum’s talented song-writing capabilities that will captivate you from Track 1 to 4. 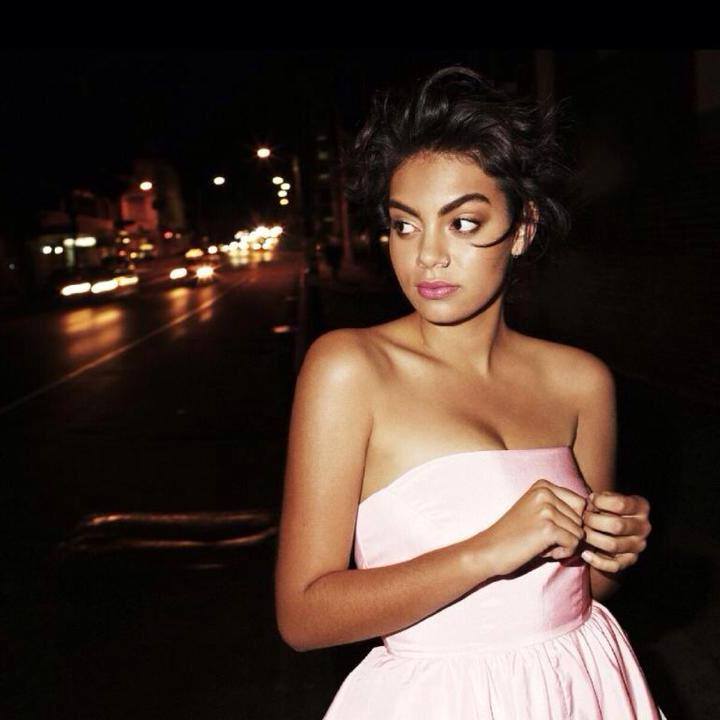 Having proven herself asÂ an experienced performer after playing to sold-out shows in Sydney, Melbourne and Brisbane this July, the seasoned artist with commendably strong eyebrow game has assembled a compilation of new and old material to travel around the nation with this Spring. The release of her Monsters Tour dates has got us singing “How much dooooo tickets cooooost?”Â With the soul intention of recreating the soundscape of her EP, the tour will kick off in October on Halloween-eve.Â This young talent is an artist you wouldn’t want to miss when she’s kicking around your town, and if you were unfortunate enough to miss her shows in July then thank the gods (and monsters) that you’ve been given a second chance to witnessÂ Thelma Plum bringÂ her monsters to life. 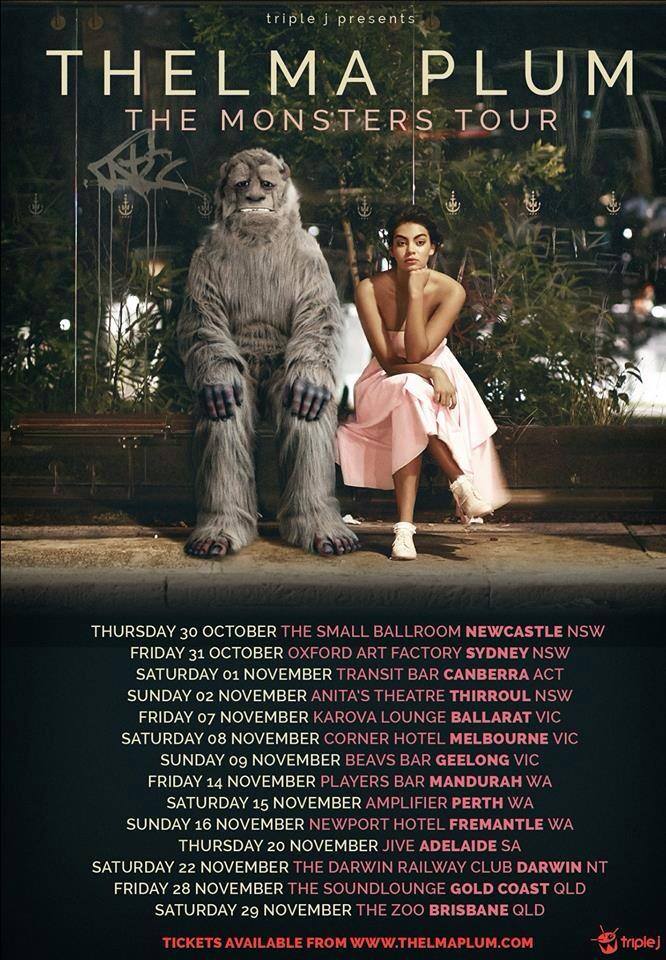