This Time Only is the latest punk rock band to come out of Sydney and they’ve just released their second single ‘Marco Ave’ ahead of their debut EP.

Their first single ‘The Morning After’ was a huge debut for the band. They’ve now followed it up with ‘Marco Ave’ which is a look into their unreleased EP. Their sound joins the likes of The Smith Street Band and Luca Brasi so they’re sure to make some traction with the EP. We had a chat to the band about the single.

The Creative Issue: ‘Marco Ave’ is making its way up the Unearthed Punk Charts, were you expecting this kind of response to the single?

This Time Only: To be honest not really. We’re super proud of the track, and we as a band obviously love it but to have it received by the public so well in such a short space of time is really humbling for us.

TCI: Is this single the start of a body of work? When can we expect an EP?

TTO: ‘Marco Ave’ is the title track of the upcoming Marco Ave EP due to be released early 2019

TCI: Is ‘Marco Ave’ a good indication of the rest of the EP?

TTO: ‘Marco Ave’ definitely sets a tone for the rest of the EP with its high energy and lyrical subject matter. In saying that, we’ve still got a couple of tricks up our sleeve on the EP that don’t exactly sit in the ‘Marco Ave’ mould.

TCI: Where did the inspiration behind ‘Marco Ave’ come from?

TTO: ‘Marco Ave’ is actually a park that we all used to hang out at as kids. As a band we’re all creeping into our 30s so this song is essentially a retrospective look back at our youth and a reflection on past relationships and friendships that we are no longer carrying on into our futures. 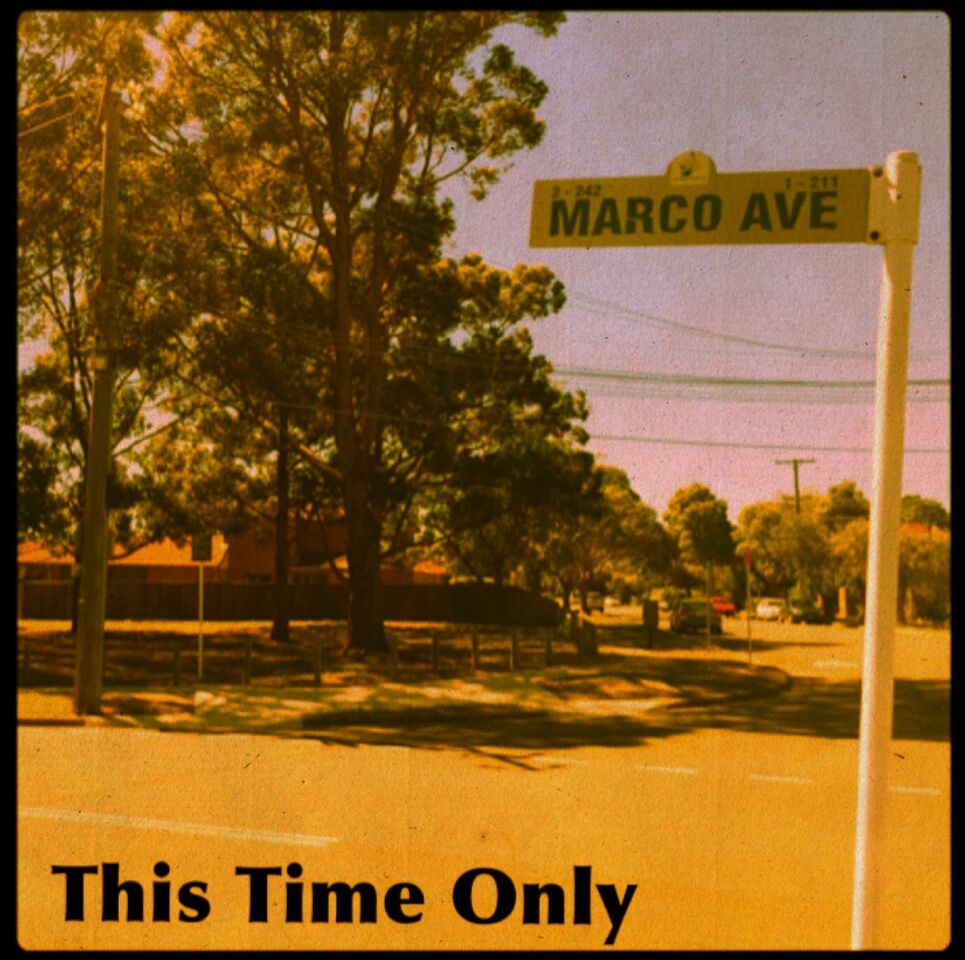 TCI: What was the writing and recording process like for the single?

TTO: The writing process for us is generally done by Matt & Dan individually. In the case of ‘Marco Ave’, Dan had written majority of the music and lyrics in his own time. He played it to us at rehearsal one afternoon and we loved it. Within about an hour we had jammed it out, tweaked a few bits and pieces and then it was pretty much as you hear it now.

Recording was done for ‘Marco Ave’ as part of the whole EP recording session with Clayton Segelov from The Brain Recording Studio at St. Peter’s. It was an amazing couple of weeks. Having a producer who is on the same wave length as us really allowed us to put forward the best possible track we could. We had a lot of fun making this track, and I think that shows when you hear it played back.

TCI: When it comes to writing music or playing live shows, are there any artists that you look up to?

TTO: We don’t necessarily try to pigeon-hole ourselves into trying to sound like one particular band, but I guess a big influence on our overall sound is the Australian punk/pub rock scene at the moment. Band’s like Luca Brasi, The Smith Street Band, Violent Soho, etc. are definitely some big heroes of ours.

In regards to our live shows, we just try to be ourselves. We’re there to have a good time and so is the crowd, so we aim to deliver a really entertaining performance.

TCI: Are there any bands that you’d love to tour with?

TTO: Many. I’d love to hit the road with Luca Brasi, The Smith Street Band, Ceres, Press Club and Pist Idiots just to name a few.

TCI: Can we expect to see some more live shows from you shortly?

TTO: Definitely. As I mentioned earlier, ‘Marco Ave’ is the first single to an upcoming EP so we’re planning a run of shows in early 2019 (possibly a couple of cheeky ones in December 2018) . No dates confirmed yet, but keep an eye out an all our socials for updates.

TTO: We are really looking ahead at a big 2019 with plenty of shows and plenty of new music to be released.

It definitely seems like next year is shaping up to be a big one for This Time Only so watch this space!