Tia Gostelow Talks 'Get To It' and Calling Brisbane Home

At 19, musician Tia Gostelow is the youngest ever recipient of Queensland Music Awards’ Album Of The Year and managed to score a Triple J Feature Album spot with her debut Thick Skin. After moving from Mackay to Brisbane, she’s begun work on its follow up.

Tia has just started an Australian tour in support her new single, ‘Get To It’, and next stop is a Brisbane Festival show tonight. TCI caught up with the new Brisbane local to chat about the massive year she’s had and find out what’s next on her radar.

The Creative Issue: You moved to Brisbane at the start of last year, but you’re originally from Mackay. How has the move impacted you musically?

Tia Gostelow: In Mackay, well I guess in any regional town, you’re very limited to what you have. In Mackay, my job throughout school was just doing covers gigs and that’s how I learnt more than anything. I have found that moving down to Brisbane you’re surrounded by a lot more people that are doing the same thing as you, and there’s a lot more room for help. You can literally go and see someone who’s doing the same thing as you and relate to them. I found in Mackay it was kind of hard for anybody to relate because all people do there is covers gigs and it’s kind of hard to get into the actual music scene. In saying that, QMusic do a lot of talks and stuff which is great for Mackay, but there’s just a lot more opportunity down here.

TCI: You’ve mentioned that there were times in Mackay when you didn’t feel a lot of support towards your music career, but since then you’ve worked with a lot of different people. Who have been some of the influential people in your career so far?

TG: It’s kind of cliché but my mum — both my mum and dad actually. They had no knowledge of the music industry whatsoever, and they literally did everything they could to make sure that I was doing the best that I could and that they could give me the best opportunities. My mum has pretty much taught herself how to be an artist manager and she’s killing it at the moment. Graham Ashton, who also manages me, as well. When I was 16 and my first single came out, I went through him to do PR and he ended up being my manager. He’s just been so supportive and believes in me so much. It’s been great.

TCI: You grew up listening to country music and Taylor Swift was a big idol. How did you begin to branch out and find your own sound?

TG: I started out doing country music festivals — that’s pretty much how I got my foot in the door. I started straying away from the traditional country music and listening to folk country and bluegrass and stuff, and that kind of lead into alternative country and singer-songwriters. I feel like it was just a natural change over the years into the kind of music that I’m listening to now. I discovered Spotify and you find all these different artists on there, and I found out what Triple J was. I think that’s probably where the change in the genres happened. 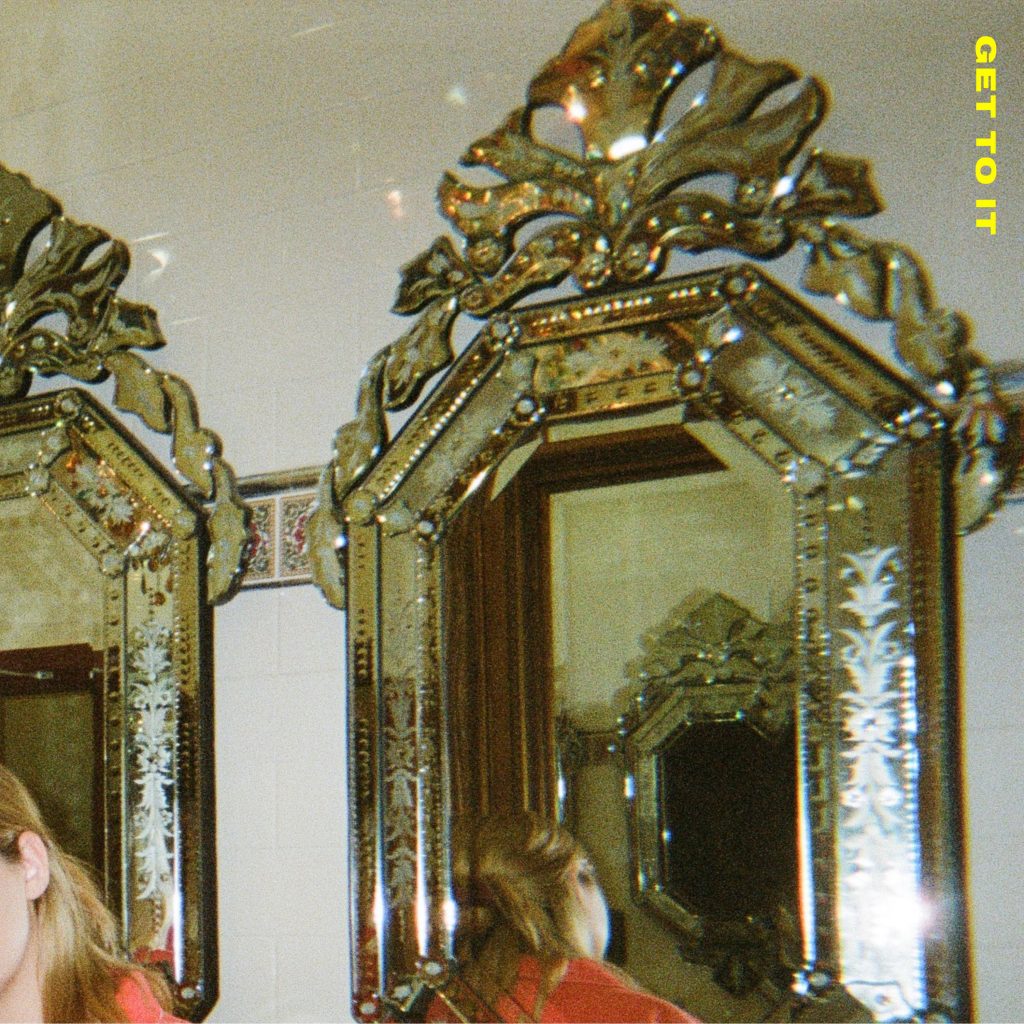 TCI: Your latest single, ‘Get To It’, explores the theme of taking control of your life and making things happen. Are there specific ways that theme applies to you, and do you think it was more relevant at the start of your career or where you are now?

TG: I think this whole year has been what shaped that song. I went to Europe this year and I learnt a lot on that tour about myself, which is really cliché. It kind of made me realise this is exactly what I want to do. Especially after finishing my first album — I was super young when a lot of those songs were written. I love the record, but now that I’ve been through that process I know how it works, I know that I need to be a lot more organised before it, I know what I want my songs to sound like, I have a team that I want… I guess I’ve just kind of grown up a little bit and taken all the knowledge from my first album and I’m putting it into the second one. It just relates to this whole year for me.

TCI: I noticed you put up a post on Facebook recently saying you haven’t written solo in over two years, but that you’re just starting to again. Have you noticed a big change in your writing style?

TG: Yeah I have. The way I was writing back then was literally just my guitar and just me singing, because that’s all I kind of really knew how to do. Coming from that country music, sing-songwriter background that’s pretty much how I thought everyone wrote. Over the past two years while I’ve been working with other people, they use programs and laptops and all of that kind of stuff, and it was always pretty daunting to me. I felt like I had no idea how to work it and I didn’t believe that I could do it, but I’ve literally been in my room for two weeks and haven’t left so it’s been good. I’m definitely writing in a new way and it works for me now which is really nice.

TCI: Has there been a highlight among your accomplishments in the last year, and is there anything you want to add to that list soon?

TG: I guess winning the [Queensland Music Awards] album of the year this year was pretty huge. I got up on stage and I was so nervous and shaken up and didn’t expect it, so I had all of this adrenaline in me and I didn’t realise that they’d said I was the youngest person to win it. I’d gotten off stage and someone came up to me and was like, “How does this feel, to be the youngest person to win this?” and I just had no idea. It’s been pretty cool to hold that title.

I’d love to play Splendour [In The Grass] — that’s always been a pretty big goal of mine, and I think once I’ve done that I’ll be very fulfilled and happy. 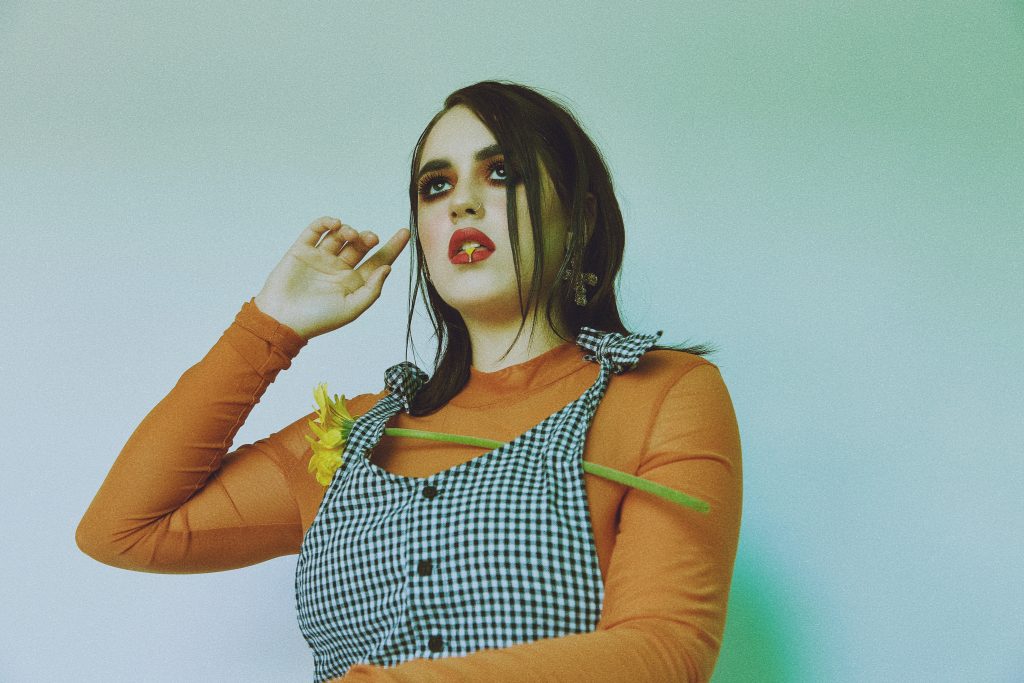 TC: Splendour seems to be a big goal for a lot of musicians.

TG: Yeah, I guess it just cause it’s one of the biggest festivals here in Australia. I’ve been going since I was like 13, and my mum’s like, “Yeah, I was going when I was your age”. I’ve seen some of my favourite bands play there, so I think it’s a huge thing in any Australian band’s career.

TCI: You played in Europe and the UK earlier in the year. Did it inspire any changes to your live show?

TG: Not so much. I think that happened when I was playing Falls Festival at the start of the year. I was watching all these other bands and the whole live production just completely makes the show. That is one of the things that I’m really focusing on going into my next album. I want these songs to be able to be reflected with a really cool lighting show and all of that kind of stuff. I’m thinking about all the other different elements that I didn’t have any idea about when I was making my first album. I definitely think that a live show is just as important as the recording of an album.

TCI: You’ve played at the opening of the Fortitude Valley Music Hall, and you’re playing a show this Saturday for Brisbane Festival. Does Brisbane feel like home now?

TG: Yeah it does. I love Brisbane. It’s not too far from Mackay, and it’s so welcoming and nice. I still don’t feel like I’m in a big city. I’ve always lived regionally, and it’s a really nice place to live and not too intense.

TCI: Finally, what is in store for you next?

TG: At the moment I’m just writing. I’ve got three more shows on my headline tour to go, and then I’m going in and recording my next album.

You can listen to ‘Get To It’ here.

THE DETAILS:
What: ‘Get To It’ Tour Brisbane show (As part of Brisbane Festival)
Where:  The Courier-Mail Spiegeltent, Cultural Forecourt, Southbank
When: Saturday 21 September 2019
How much: Tickets start at $17
Tickets: Available from the Brisbane Festival’s website.