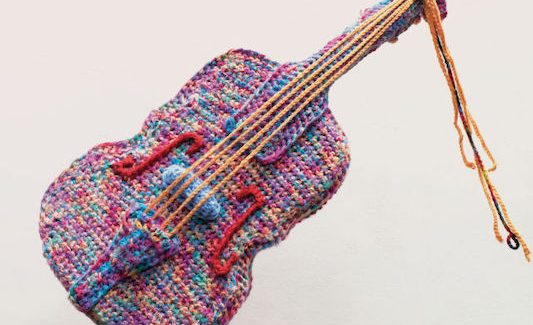 QSO and Birds of Tokyo will perform together in 2021 in a euphoric celebration for QSO, emerging from the dark tunnel of isolation into the sunshine.

The shows will feature orchestral arrangements of Bird’s classics, like Lanterns, Plans, I’d Go With You Anywhere and Anchor and new releases from their latest album, Human Design.

The Creative Issue spoke to QSO Director of Artistic Planning, Tim Matthies, about the concert, and their plans for post-isolation.

The Creative Issue: You must be excited to perform with Birds of Tokyo! What inspired you to collaborate with a rock band?

Tim Matthies: The idea of QSO working with Birds of Tokyo came through the networks that we have with other symphony orchestras. Our concerts next February are connected to a national tour where they’re also working with the Sydney, Melbourne and Western Australia symphony orchestras. Birds of Tokyo are a Perth-based group and had formed a connection with WA Symphony previously for some small projects. Now, this big national tour next year is a great opportunity for the band to work with fifty musicians in each of the cities, on some of their back catalogue, much-loved favourites, as well as their new album, Human Design. 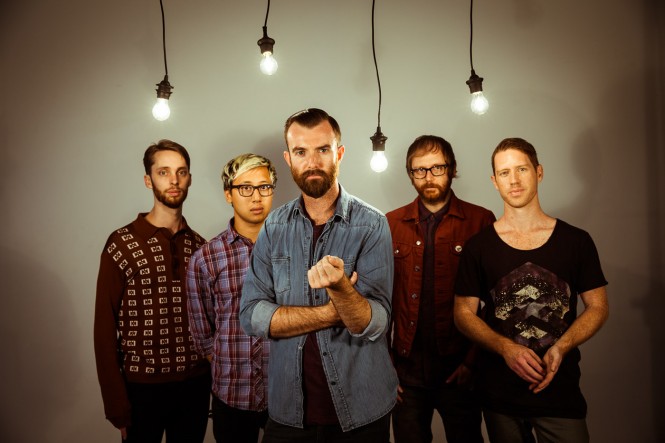 TCI: What can audiences expect in the program?

TM: It’s going to be a really great mix. The arrangements are still being worked on. They’re being written by Nicholas Buc, who’s a fantastic arranger, film music composer and conductor. He’s been working really closely with the group. Quite a lot of the songs will come from their new album, Human Design, which are all connected to the frontman and lead singer Ian Kenny’s marriage breakdown. So, it’s quite personal music. Music that’s seen a bit of change in the sound. It’s softer and uplifting, quite wonderful anthems about Ian’s journey coming out of his relationship. That’ll be balanced with more of their heavier, grungier, more contemporary rock sound that the fans know really well. The exact order, we don’t know yet.

TCI: How pumped are you to get the orchestra back on stage together?

TM: We’re all so excited by the thought of these concerts next February. Hopefully we might do some other concerts towards the end of this year, but we’ll just see how everything turns out in that regard. I think what’s really exciting for us is to be doing these concerts with one of Australia’s top contemporary music acts. For the orchestra to work with them is going to be a really great start to 2021. We know that they’re really excited about that as well. Originally, the other cities were going to be doing their concerts around this time, but of course, due to COVID-19, they’ve been postponed until the beginning of next year. They always really wanted to do Queensland but we couldn’t do it at this time this year. So we’re really pleased that we can make this work to be at the beginning of our 2021 season. 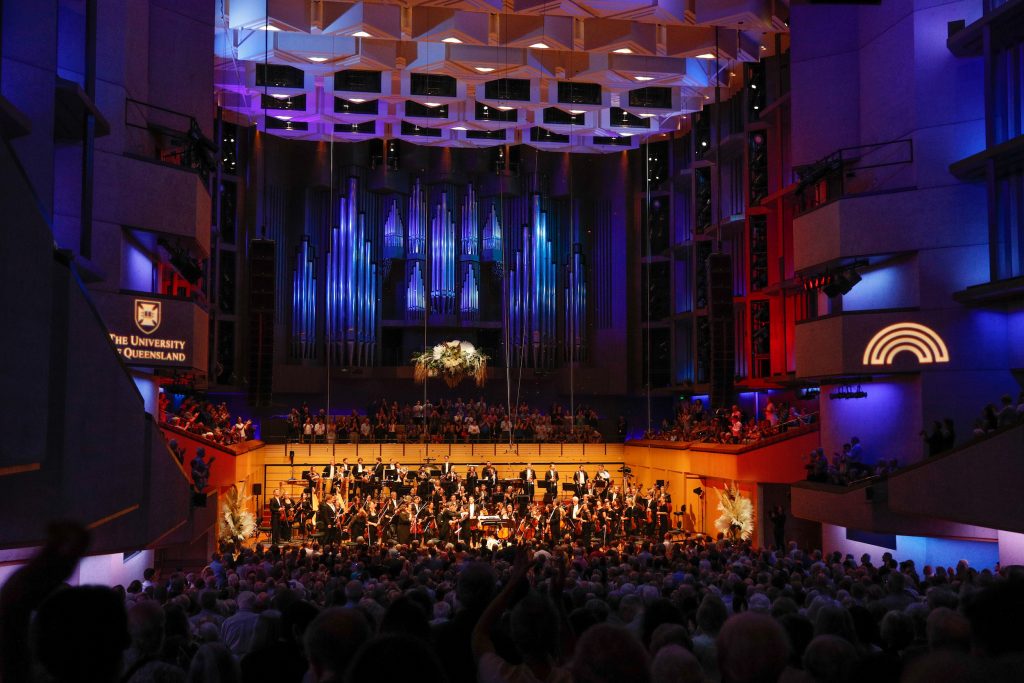 TCI: Are you hoping for tickets to sellout, to help QSO recover?

TM: We would love if that were the case. Actually, I’ve been saying to everybody to be looking to get tickets as soon as possible. We sold 800 tickets yesterday, in the presale. So that’s a really fantastic thing that people are wanting to get back to hear music live and experience music with other people, the sense of community that that brings. The QPAC concert hall’s a wonderful place, but it’s not got that many seats. So, yeah, I think people should be thinking about trying to buy tickets sooner rather than later. I think we’ll be getting two sold out shows.

TCI: What is it like to be director of artistic planning for QSO during this time?

TM: It’s really exciting because we’re working with our musicians to connect with really diverse audiences, from our classical music audiences to our schools, and to Regional Queensland. Also, to the fans of Birds of Tokyo and other people we’ve worked with in the past, such as Thundementals and Kite String Tangle. So, we’ve been really looking at creating new digital content, and new ways of working. We’re bringing back some old performances, either through radio broadcast or online streaming and social media. Last year we worked with Thundamentals, and we’ll hopefully be releasing recordings that we made with them soon. 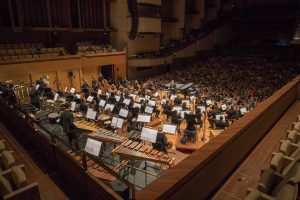 TCI: What has been the most difficult part of COVID-19 for QSO?

TM: Well, for the musicians, what do they love to do? They love to perform to audiences. Even though they’re learning so much about creating digital content, their favourite thing is connecting with live audiences. That’s something they’re really missing. They’re focused on keeping up their musical and technical skills by practising and for the concerts we have later in the year.

I think the other most difficult part for us is having to contact all our patrons and schools and the communities we go to, and say we won’t be able to come. Hopefully, we’ll be able to come back to some of them later in the year, or certainly in 2021. So, a big focus at the moment is what 2021’s going to look like. How we can really be the orchestra for everyone that we so want to be, and how we can bring music to everyone right across Queensland. 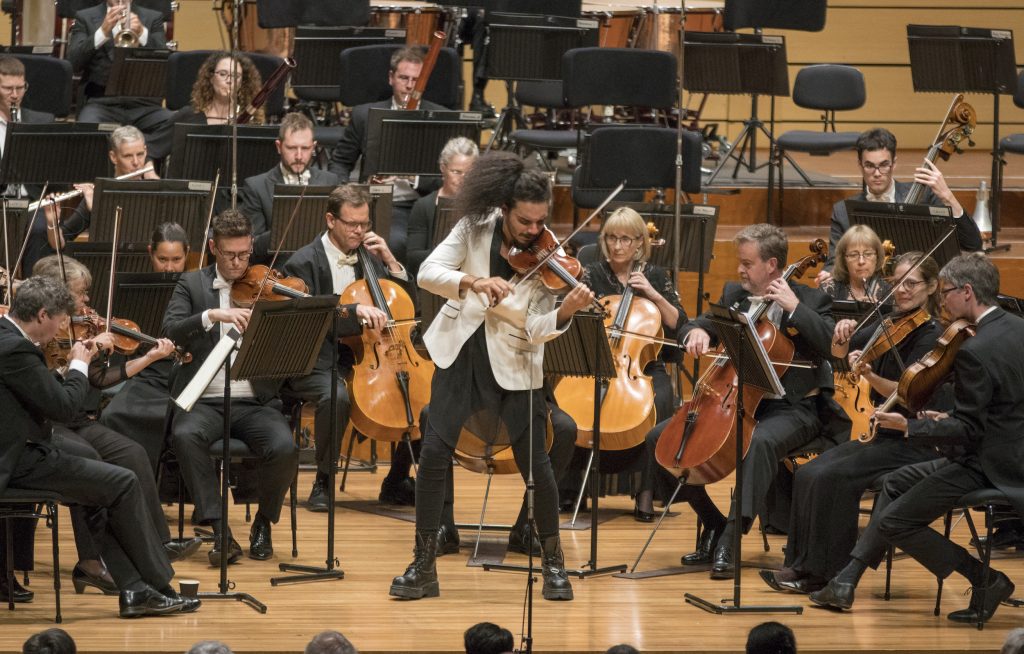 TCI: Have you been able to secure job-keeper payments for your casual musicians?

TM: We’re in the process of that right now, and fingers crossed, that’s going to be something that we’ll be able to do. Because, yes, we have lots of casual musicians that work with us on a very regular basis, and also our production teams, which come one or two days a week, so hopefully we’ll be able to secure job-keeper for them.

TCI: After isolation, what other plans do you have for concerts later this year?

TM: We’d love to be working with all the different communities that we work with. We have a Young Instrumentalist’s Prize, which is a great opportunity for talented secondary school musicians to perform with the orchestra. We do that also in regional areas. We’ve had to cancel our community events where musicians and singers come and play side by side with the orchestra. So we’d love to be able to do them later in the year. We’d love to give out concerts where we work with other arts organisations and solo artists and others to create events that really celebrate music and performance again in Queensland. 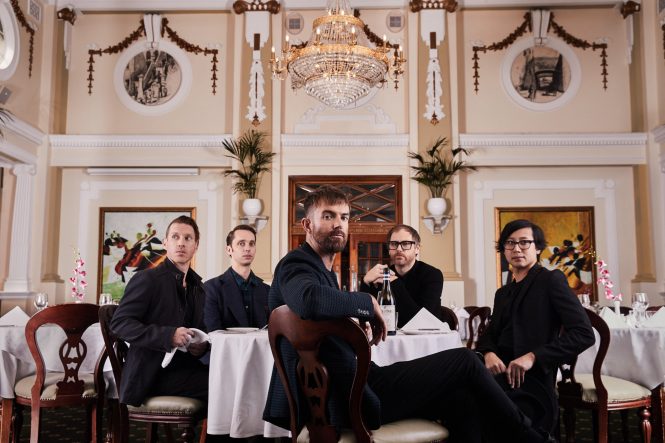 Tickets go on sale on Friday. Don’t miss the chance to attend a LIVE concert with QSO and Birds of Tokyo!

No Time Wasting With Columbus’ New Song ‘Out Of Time’