Brisbane boys Tiny Castle have today released their debut EP Perspectives. We spoke with drummer Chris Trupp about the bands history, what inspires them and their plans for the future.

Bursting onto the scene in 2018 with ‘Bad Dreams’ the four-piece grabbed industry attention. Their follow up single ‘World’ cemented their place as one of Brisbane’s rock bands to watch. Now, after two years of blood, sweat and tears, Tiny Castle have given fans a snapshot of the journey so far with Perspectives.

The Creative Issue: You’ve been steadily building a reputation around Brisbane for the past couple of years but perhaps you can take us back to the start and tell us how Tiny Castle began?

Tiny Castle: Well! Ben and I were in a uni band called The Wandering Lost, while at the same time James and Will were playing with Jakarta Criers. It just so happened that both bands died at the same time. Will and I met while jamming with a mate’s band, Common Deers. It was then that Will was like “Yo I have some demos, wanna jam?”. I roped Ben in and Will roped in James and after our first jam at the West End warehouse where we now have our studio, Tiny Castle was born. Pretty un-romantic story. Basically all of us just love guitars and synths. So here we are!

TCI: Your debut EP Perspectives is a generous offering and features your previously released singles alongside all new material. Can you tell us about this collection of songs?

TC: I liken these songs to our ‘first wave’. Will brought most of these tunes to the jam room as demos and we all workshopped them and turned them into what they are. Lyrically, they explore youth and love, two things that elude all of us in some way. We were so surprised when ‘World’ nabbed a highly commended at the QMA’s last year (which was sick). The songs we feel sit really well together lyrically and sonically. What we are writing now is a little more sophisticated and mellow, which will occupy our next EP. We sort of wanted to wrap up this ‘wave’ of tunes in one bundle and be like “this represents our formation” and the next release will most likely be “this is us.”

TCI: What was the recording process like for Perspectives?

TC: Very sporadic. We record everything in our jam room at West End with gear that we pool together. Ben and I both have degrees in sound production. So we often track drums and bass then spend the next months tweaking guitars and vocals, etc. We are very lucky to work with Magoo who is a fire producer based in Brisbane. He knows our sound very well and he has mixed about half of the tunes on the EP.

TCI: There is real heart in the writing of these songs. That magic has been recognised in the form of a high commendation in the 2019 Queensland Music Awards. How did it feel to have your art recognised in that way, especially so early on in the band’s career?

TC: It was a huge surprise! We always submit out singles to the QMA’s (as everyone does) expecting them to fall into the abyss. To be alongside some big name bands that we respect like WAAX and Dead Letter Circus, it was pretty surreal. I guess we fear that we jumped the shark early, but regardless of the press or response, we will keep writing and recording because we don’t know how to live life any other way. But of course the dream is, and always will be, to be driving to work and hearing your song on the J’s or something. 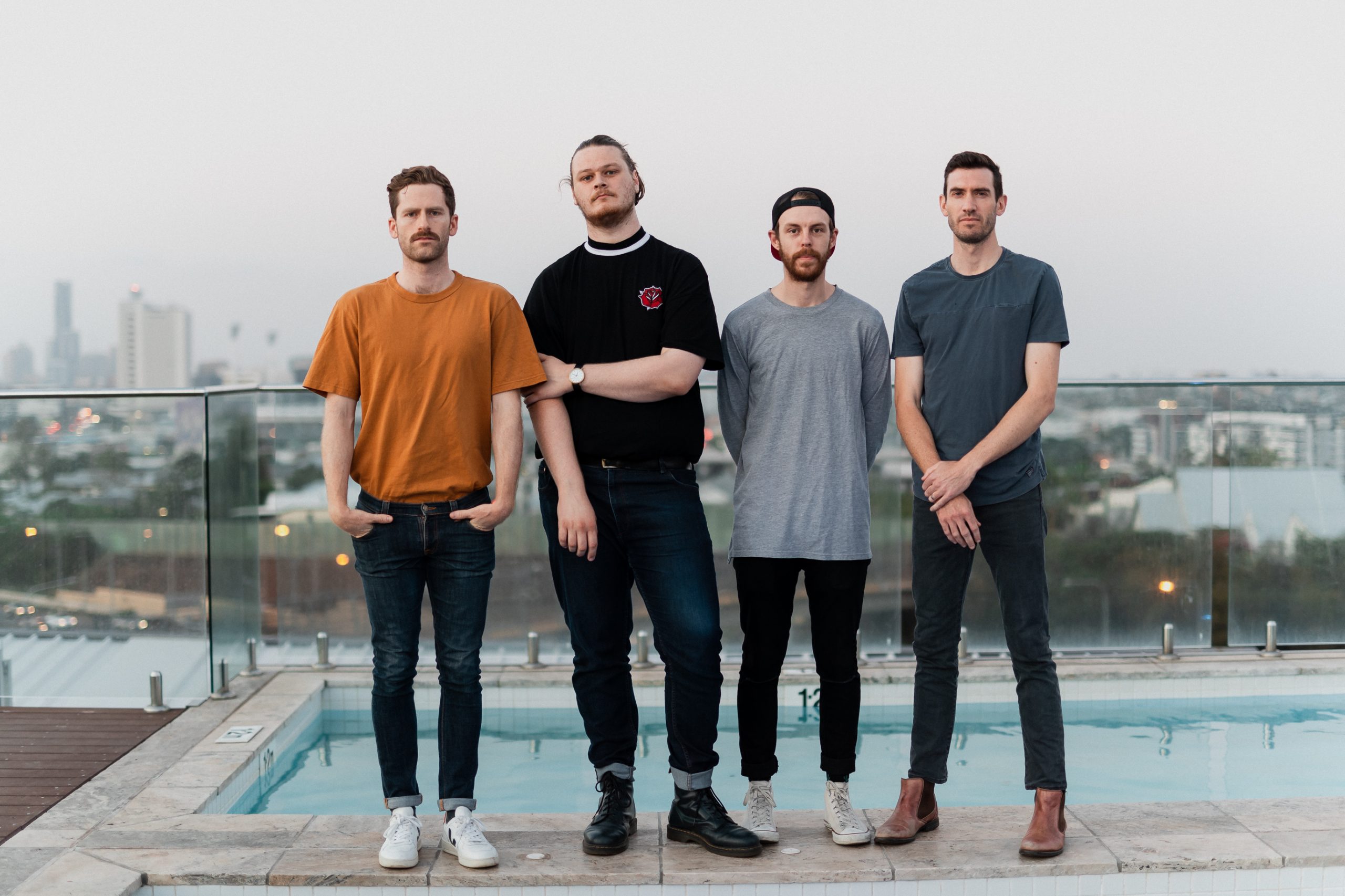 TCI: What artists inspire your songwriting and sound?

TC: Heaps. We all love bands like The National, Tom Petty, INXS, Holy Holy, Arcade Fire, Bruce Springsteen, Interpol and heaps more. I guess the one band we really resonate with though is Powderfinger. Brisbane blokes who write rock music. Of course we are constantly inspired by the bands we have played live with like Fragile Animals, Hazel Mei, Mums Tennis Friends, Forrest Run and Dopamine. There’s some fire music coming out of Brissy these days and we are so lucky to be hanging around the people who make it.

TCI: The tracks that you have released previously translate so naturally into your live sets. You’ve played sold out shows and festival spots across the past twelve months. What has been the highlight show for Tiny Castle so far?

TC: Hmmm, probably any time we play Milk Factory and people turn up. It’s such a trip knowing that people have paid their hard earned money to see you play music. Plus Milko is such an intimate setting, if you can translate your music well there, it will sound sick anywhere. Also playing the Valley Crawl was a great experience, so much talent and the feeling in the valley is electric.

TCI: What have you got planned to celebrate release day?

TC: Personally, go to work then come home and have a quiet beer. Hopefully we’ll get some love on various radio stations like 4ZZZ (which have been really good to us over the years). We also have locally printed merch that we will make available on our Bandcamp page to celebrate the release.