Forget yesterday, forget today, and look towards tomorrow, because in 2017 the Australian sci-fi series â€œWe Were Tomorrowâ€ will be hitting your screens.

The television series We Were Tomorrow (WWT) follows the adventure of twin siblings navigating through three lifetimes to escape a dying world,Â an immortal hunter, and to discover a key to save humanity. With themes of freedom, immortality, inter-dimensional travel and forbidden love, WWT is an enthralling mix of â€œThe Hunger Gamesâ€, “Maze Runner” and the SyFy hit series “Sliders”, built upon multiple histories like The CW series â€œThe Originalsâ€. This week The Creative Issue had the great pleasure of talking to the creative team of We Were Tomorrow, including producer, writer and actress Madeleine Kennedy, and her co-producer and actress Amie Casey.

The Creative Issue: Describe the process and journey in developing WWT as a television series.

Madeleine Kennedy: The story was conceived 18 months ago and has beenÂ an exciting whirlwind of independent filmmaking. I initially wroteÂ We Were Tomorrow as a feature film in June 2015, but when the unique nature of the premise and the global appeal of the trailer generated moreÂ interest as a TVÂ series, we reformatted. In July 2016, we reached out to cast and told them we would resume filming and were inundated with support and enthusiasm.

Amie Casey: We were able to begin filming by November 2015 and subsequently shot in China, Thailand, New South Wales and parts of South East and Central Queensland. We shot out our new footage requirements in August 2016, over a 6 week block and utilized some of Queenslandâ€™s most beautiful locations including Rockhampton, Winton, Brisbane and the Gold Coast. 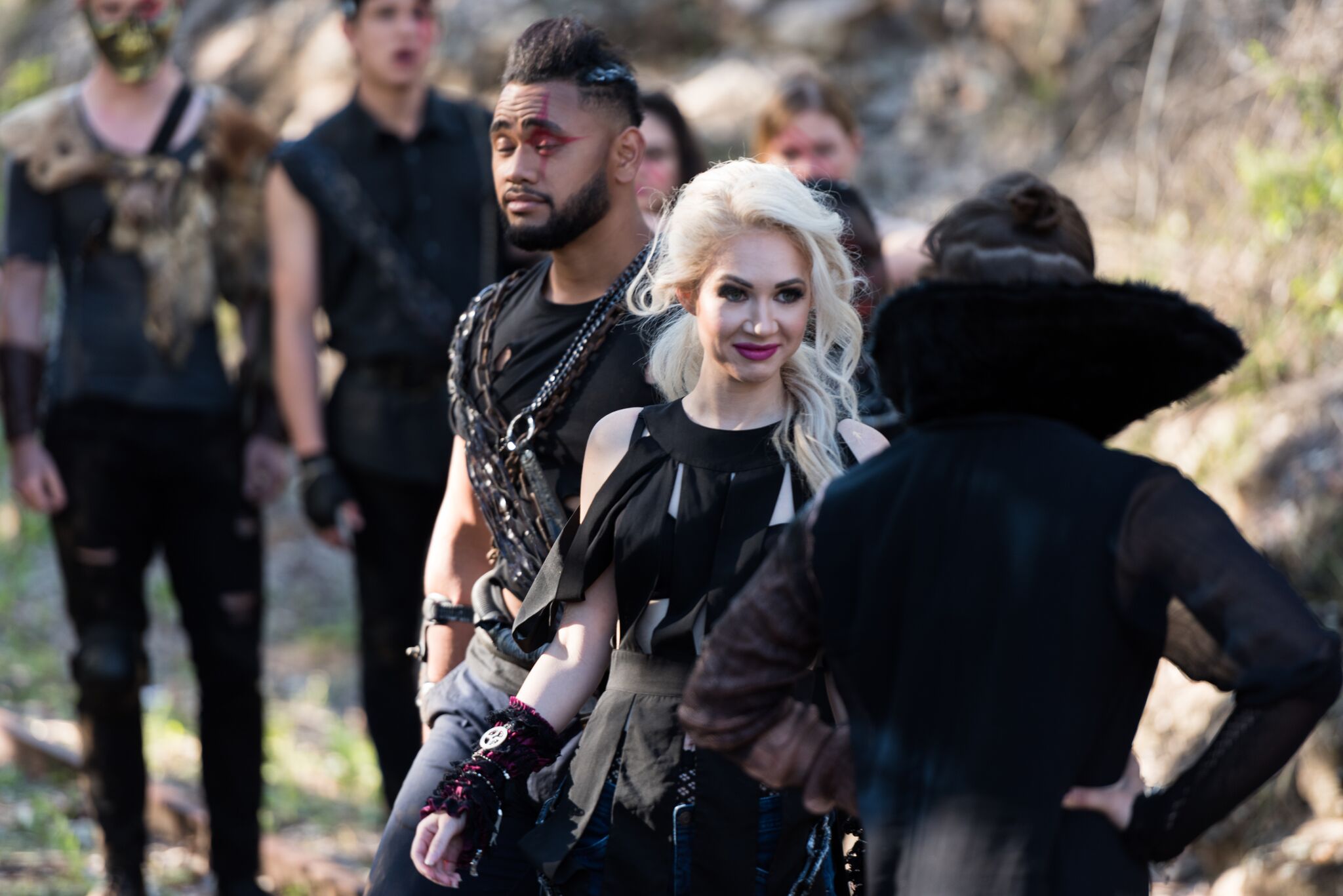 TCI: Where did the concept and inspiration behind WWT come from?

MK: We Were Tomorrow is based upon the idea that a â€˜soul mateâ€™ is not limited to a lover, it can also be a sibling, a friend or a stranger â€“ anyone that your heart connects with. The series explores the human condition and encourages viewers to look beyond their own situation and realise that humanity is never too far gone to be salvaged â€“ the change just starts with us.

AC: For me, the inspiration behind the world and characters weâ€™ve developed came from the idea that regardless of times, religion or culture, history for humanity has a habit of repeating itself. That nothing should be more important than love and that all actions, no matter how big or small, have consequences.

TCI: What is your role in WWT?

AC:Â I am a producer of the series and also a lead actress. I play the role of Roxy Woodlands who is sister to Siena Woodlands (Alicia Banit), and is an edgy yet vulnerable and sophisticated character who experiences many tumultuous times and complicated relationships throughout the series.

MK: Besides being the producer and writer I also play the lead role of Evelyn Reeves, twin sister to Noah Reeves (Chai Romruen) in the series. Evelyn is essentially the earth to the other characters’Â lightning. She is a grounded, forward thinkerÂ with a witty charm.

TCI: Have you ever been challenged in the sci-fi industry due to personal difference such as gender and racism? In addition to this, do you think society is now progressing towards a more diverse and inclusive sci-fi industry?

MK: All the time â€“ young and female is a double whammy â€“ but the prejudice that I have experienced from male veterans in the industry has just added fuel to the fire to prove everyone wrong. I think this has been a male dominated industry for years and although the action and sci-fi genre is lucrative, there has been a long standing belief that females cannot write, direct or produce them. However, with progressive women like SJ Clarkson (Director, Netflixâ€™s: Jessica Jones), Meme Leder (Director, The Leftovers) and Gale Anne Hurd (Producer, Terminator 1 & 2 and Aliens) fighting against this stereotype and inequality in the genre, other females are becoming empowered to create too. It is incredibly exciting to be standing at the forefront of this movement at home in Australia, creating a sci-fi series with talented women like Kris Maric and Amie Casey.

AC: I definitely do feel as if Madeleine and I have struggled at some points to be taken seriously by other more experienced professionals in the industry. I think this could be a combination of our age and gender. People didnâ€™t know what to make of us and we heard a lot of â€˜noâ€™ and â€˜that canâ€™t be doneâ€™, before we heard much positivity.Â 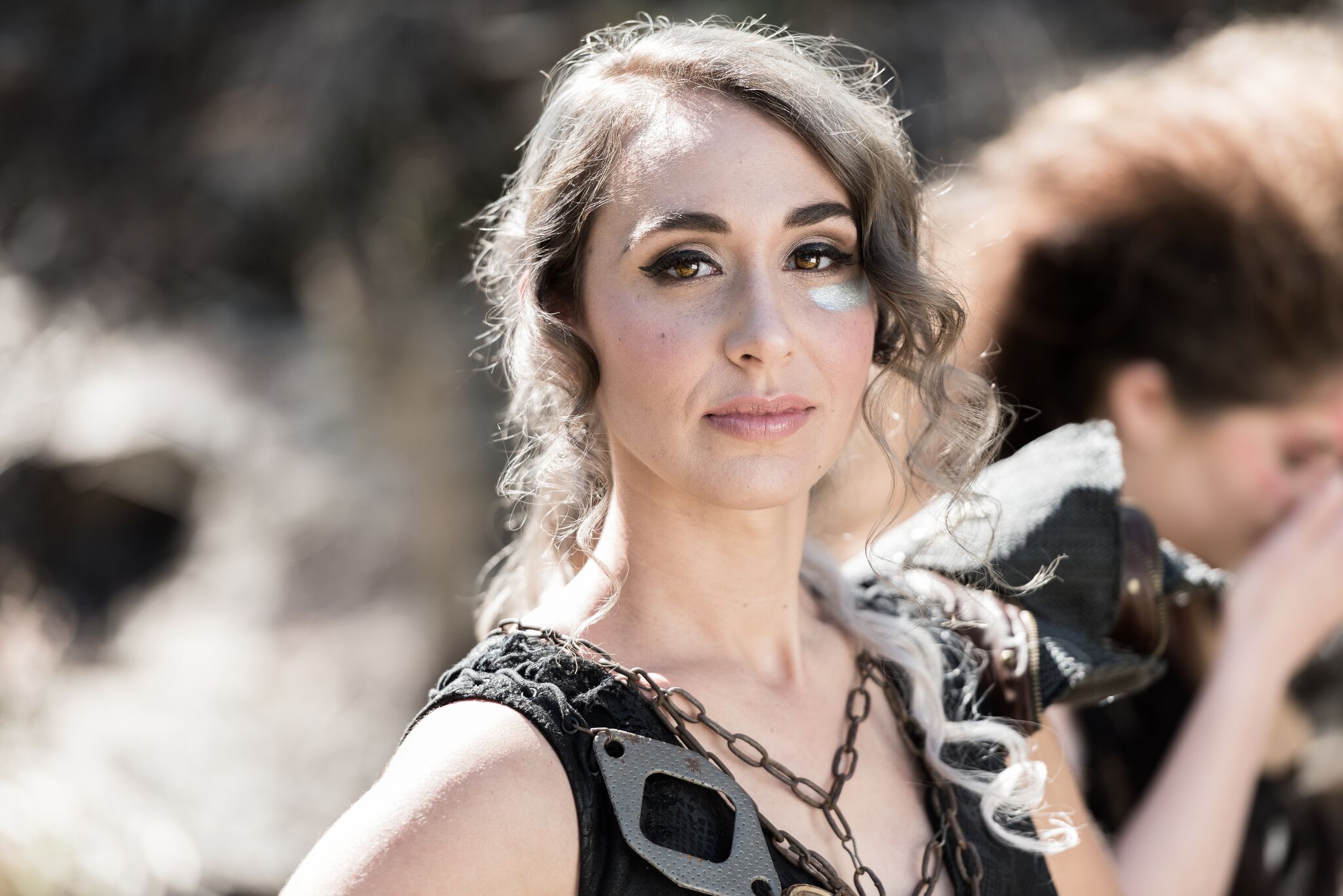 TCI: How is this production bringing something new to the sci-fi genre?

MK: We Were Tomorrow is one of the first sci-fi series to film entirely on a natural backdrop, with no man-made sets. Every location you see in this series is unaltered from its original state. We did not build one structure, as we wanted to prove that our state has incredible resources and filming locations, beyond the studios, that are simply untapped. We have utilised heritage villages in Beenleigh and Rockhampton; historic homesteads and national parks across the state for the Wild West; historic train stations in Ipswich and Rockhampton and vintage houses like Woodlands of Marburg for the 1920s; and The Great Wall of China, temples in Thailand and dilapidated and abandoned buildings for Dystopia.

TCI: What was one of your favourite memories from working on WWT?

AC: We were filming an hour out of Rockhampton in the middle of an isolated field. The scene we were filming features Gyton Grantley, Nic Westaway, Christopher Kirby, Tessa James and Thomas Davenport. It was late afternoon and the storm clouds were beginning to roll in and we shot the opening sequence of the scene on a crane. As I stood behind the monitor watching the scene play out, I basically cried with excitement and happiness. It was so special and exhilarating and it was a moment I was truly proud of how hard Madeleine and I had worked to put this together, because I knew without a doubt we had done something great.

TCI: Itâ€™s such an amazing achievement to have local Australian talent succeeding with a show like WWT. What advice would you give to emerging creators in the film and television industry?

AC: I think the best piece of advice I can offer anyone who wants to succeed in the film and television industry is not to take anything too personally and never stop believing in yourself. This industry is certainly hard and you will hear a lot of â€˜noâ€™sâ€™. Donâ€™t let that be the deciding factor in your career. Also, the industry is largely based on networking. Networking and your own skill development are your biggest assets. Learn from each person and each project and when you do finally meet hard working, like-minded individuals; appreciate and nurture them. The industry is hard enough, we should be supporting each other, not competing against each other.

MK: You are enough. As an artistÂ we are taughtÂ to have thick skin, because this industry is ‘cruel’ and only fixated on ‘external beauty’.Â However,Â afterÂ spending time in front and behind the camera, I have learnt that when you walk into a casting room, the people on the other side of the desk aren’t judging you, rather hoping you are the ‘one’Â that can end their search. They want you to be good – so take a breath and enjoy auditioning – it is just another chance to act in front of an audience after all!

TCI: When and where can we watch We Were Tomorrow?

MK: We areÂ currently in post production for theÂ series and have serious interest from a few US broadcasters, so we hope to release details on when it will air in early 2017!

Follow We Were Tomorrow on Facebook for the latest news on when and where to see it!