Coming to Brisbane this July, the stage spectacular based on the movie of the same name School of Rock arrives to bring the noise.

Recently we had the chance to have a chat with Brent Hill who plays the character Dewey in the School of Rock musical. Dewey is the central character of both the musical and the movie, as famously portrayed in the latter by Jack Black.

Moving away from the film parallels we initiated the interview by enquiring as to what brought Brent Hill into the world of performance.

“Probably dressing up as Sherlock Holmes as a kid. I guess it’s just actually following your joy and pleasure. And acting, and make-believe, is part of it but also I love improv and making stuff up and when you do that live with people it’s really joyful and exciting and you find that you become really present so yeah acting is a big part of that so I was just drawn to it. I never really questioned it too much it just kind of happened.”

In the lead up to this current touring of the musical, we wondered if Brent had had any notable audience experiences that he could tell us about. With a chuckle, Brent told us

“Never. I’ve never had an interesting experience, ever.”

But he continued, saying

“I mean we just finished four months in China and we had one woman in the front row making traditional noodles during the show. We’re talking like the noodles where you get the dough or the batter for the noodles and you’re pulling them out with your hands. It’s about a meter long and she was whirling it around and this was in the front row during the show. So that was an interesting experience.” 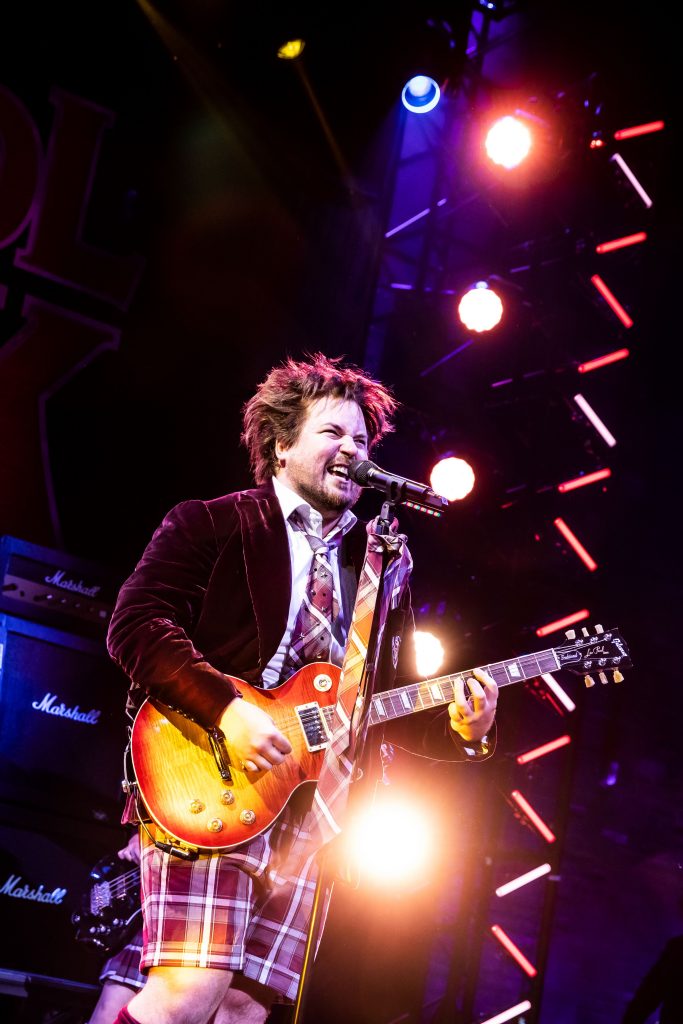 From this Brent went on to cover his personal experience with the changes that were incorporated into the show through its run preceding the current season.

“There was a challenging time at the end of Melbourne where the aircon broke in the theatre for about 5 days. This was during the heat-wave where it was about 45-46 [degrees]. And I am on stage for about two and a half hours in sweater-vests. And it got warm, yo. It was hot, just sweating profusely. And you have a point where you’re like man I hope we make it through this. So we brought in an ice vest and it’s stuck ever since. It just makes the show so much easier.”

And the challenges faced in bringing the show to Brisbane, especially coming from such a different cultural experience in China.

“I guess the current challenge is that we’ve just come off four months of China, where we had the challenge of translation. For starters. We had subtitles in the show and I’m sure, I don’t doubt at all that most of our performing became more gesticulated. So I’m really excited to get to Brisbane, to start Brisbane and find out exactly how much of a cartoon I have turned into. And then be able to bring it back, strip it back for that.”

“The other challenge is just that now we’ve had a four-week break. That’s also a pro because you get a bit of a break from something, you come back and you find it again, you find it afresh and find it anew and I think that Brisbane audiences are really going to get that fresh energy from all of us. But I guess the challenge will be remembering it.”

Given how central to the show’s story that the character of Dewey is, we wondered how Brent’s experience as such a pivotal character has been.

“It’s great. I love the film, I’ve seen the film many times. And I think it’s an iconic film. Jack Black does an amazing turn in it as do the kids and I think the script is fantastic. So yeah it’s been awesome, it’s been hard work, probably the hardest I’ve ever worked at something. But it’s been rewarding in droves.” 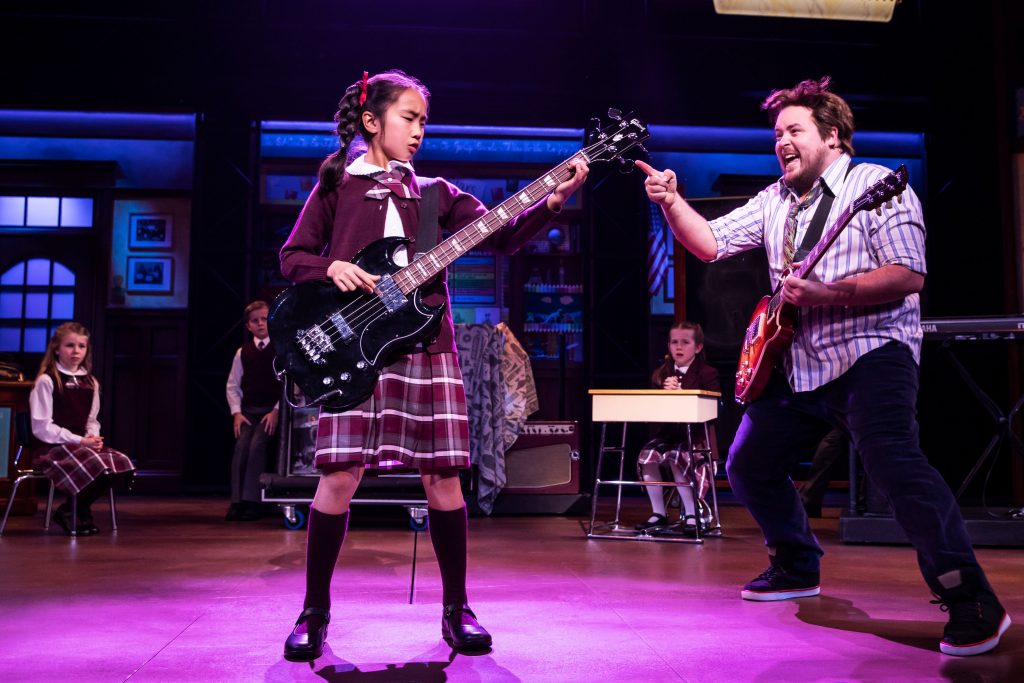 And the comparison that comes from playing a role that was so synonymous with Jack Black’s performance in the film.

“I think inevitably you’re going to get compared to the film or Jack Black because he did it iconically first, my job is not to emulate that. If you want to see Jack Black then watch the film. My role is to create this character in my own idea of it. That’s not to say that it’s completely a huge step away from what the film was. Because the essence of the character is essentially the same. He’s a big kid who loves rock music and that’s his goal. My job is just to play and keep it fun. And the kids make it so easy to do that.”

We wondered how he had prepared for the role as well.

“A 20 kilometer run every day – and that’s an absolute lie.”

“I listened to a lot of rock music. At the time, when the auditions were happening and in the build-up to it, I was rehearsing a different show at STC and what that enabled me to do was that I was riding every day for about half an hour to work and so I would just download different rock albums and listen to them and kind of get into, start thinking about the headspace of where Dewey is.”

“So there was a lot of that really, and you know, obviously you’re doing vocal exercises to make sure that your voice is strong enough for this kind of singing because it’s high rock. I was asthmatic as a child because I took a lot of asthma medication, which has some steroids in it, which has an effect on my vocal folds, to make them thicker, which makes them more resilient for rock singing. So I guess one part of the preparation was to be asthmatic in some form.”

“Most of it happened once rehearsals started and then it was just a lot about playing guitar and hooking in with the band, playing as a band. It’s just all the standard things about getting to know the team and to become the team and really get each other’s back. That takes time and that’s what the rehearsals are about. I think we did that.” 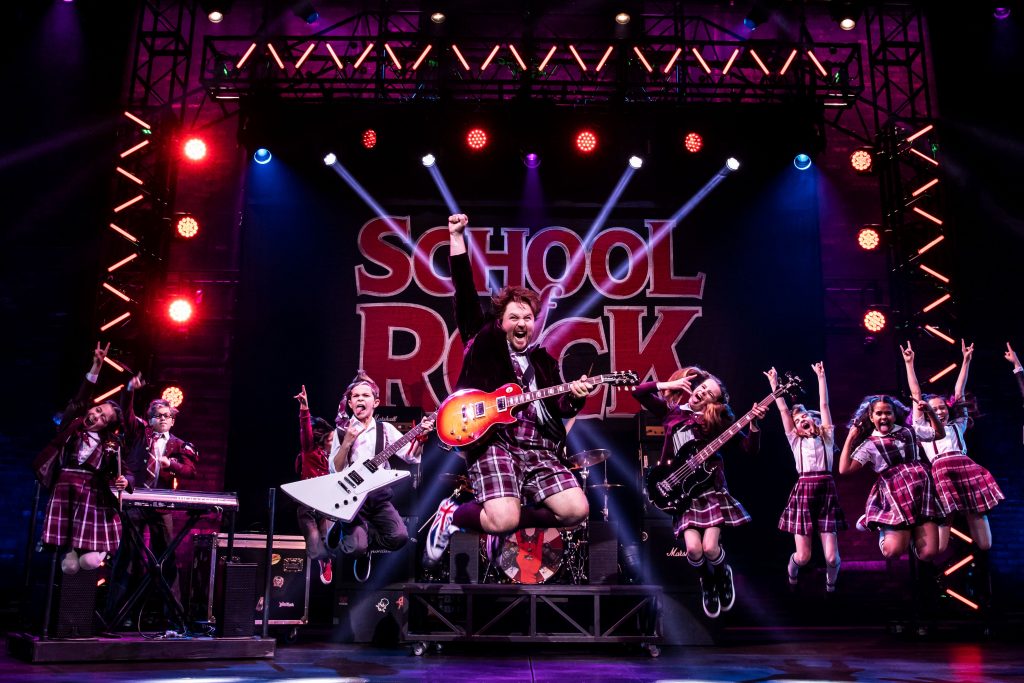 And how this role has differed from other roles that he has portrayed in the past, beyond this show.

“In 2011 I did my first musical that I ever did, which was Rock of Ages which is actually where I met Amy Lehpalmer who plays Rosalie Mullins in this show. We did the show together and that was a 1980s rock musical similar kind of vibe, and I was told by the director of that Kristin Hanggi to watch School of Rock as a reference for the character and so it was like ok great, so I did that. Rock of Ages was something else entirely, but then it came in handy I guess for when this show came round. I mean the last show, I do a whole bunch of different stuff.”

“The show prior to this I was an 18th century aristocrat who enjoyed fashion, the show prior to that I was a henchman to Hugo Weaving’s band of thugs, in Eddie Perfect’s Vivid White where I was a white middle-class dude who was unhappy with his life and I mean they’re all pretty much the same character right? (laughs) yeah you gotta think about whatever serves the story and then just kind of become that.”

Wrapping up the interview, we asked what Brent’s plans beyond the show are.

“I will be running for President in 2020 (laughs). Yeah, I do, I do. My plan is to write a musical or a few of them. I really want to get more into the creative side of things in terms of being in more control of the project as opposed to just being one of the cogs.”

“That’s not to say you don’t have control or input as an actor or anything, but I have this musical that I’ve had in my mind. I’ve got four on my project board, but there’s one that’s been there forever. It’s been there for ten years, and I’ve kind of chipped away at it slowly. But next year, or the year after, in the next two years, I want to actually sit down and nut out the bolts and get it done and that’s my plan.” 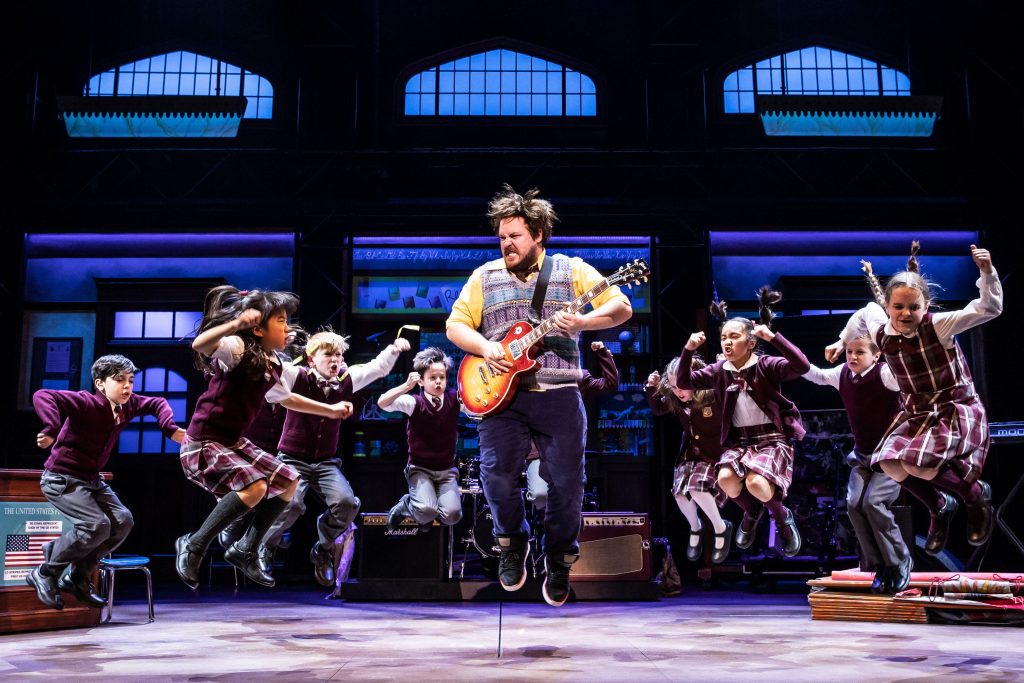 As well as his personal hopes for the show’s Brisbane run.

“So my hopes are that Brisbane will come to the show, their faces will melt and their brains will explode through their heads and they’ll have a great time.”

“One of the aspects of the show is about the empowerment of children through music or individuals through music and that was one great thing about Melbourne. I would hear from adults or kids after the show being like, “this was really fun”, “this was amazing to see”, and “it’s so great to see people our age, from the kids, up on stage doing this and playing their actual instruments and playing live so I’m going to and pick up my guitar again and rediscover that.””

“Music is eternal and infinite. And everyone speaks that language, whether you can play it or not, everyone can connect to it.” 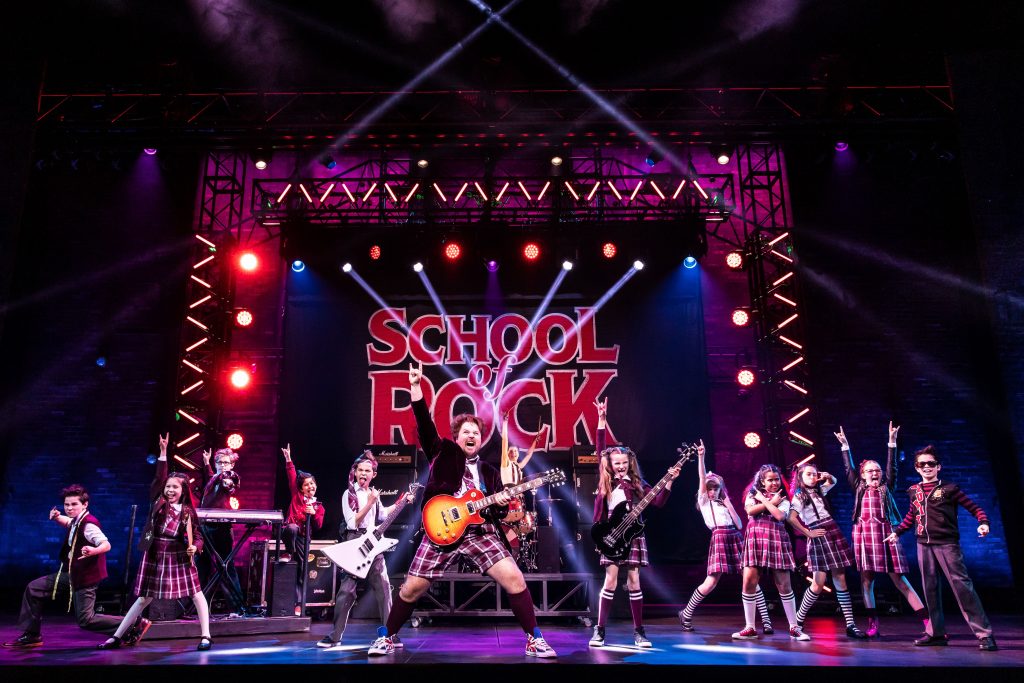 “So my hopes for the Brisbane season is that. Just to kind of bring people together and have a good time and see the Ferris wheel.”

Closing out the interview with the immortal words of wisdom.

“Be excellent to each other!”

And some personal advice we can all strive to achieve as well.

“Call your mum, smile when you can; see the storm and laugh.”