Top 5 romantic movies to cry to on Valentineâ€™s Day

Letâ€™s all wallow in despair on this, the worst fake holiday of them all.

Nothing says Valentineâ€™s Day like a catering size tub of Ben and Jerryâ€™s and a great love story, washed down with a healthy dosage of vodka mixed in with your own tears.

For those of you not converging on Max Brenner with your boo/pumpkin/babe/soulmate/other on this holiday, I present my top five films to get you ugly crying at home. Embrace the pain, itâ€™s cathartic.

N.B. You wonâ€™t find The Notebook on this list, itâ€™s a comedy compared to these romantic tearjerkers.

What better way to remind you that nobody loves you, than to watch a film about a woman whose husband continues to send her love letters after his own death.

I cried for about 90% of this film, and spent the other 10% of the time inhaling chocolate to ease the pain.

If my impressive statistics havenâ€™t prepared you for imminent wailing, just remember that Gerard Butler plays a cute Irishman, and he dies within the first ten minutes.

Just the thought of this movie and Iâ€™m welling up. My Girl combines the best of the early nineties (dungarees, mood rings, large spectacles on small children) with just the cutest, most innocent story of friendship and love ever. Plus, it has its own classic theme song.

For those whoâ€™ve never seen My Girl (firstly, shame on you), itâ€™s a story of a fierce tomboy Vada, who makes friends with a young Macaulay Culkin, aka the most adorable human to ever exist.

So ensues a romantic coming-of-age tale, guaranteed to give you warm and fuzzies – that is, until everything goes horribly wrong (cue hysterical sobs).

I donâ€™t want to give away the ending, but bees! Whyâ€™d there have to be bees! Iâ€™m still emotionally scarred. 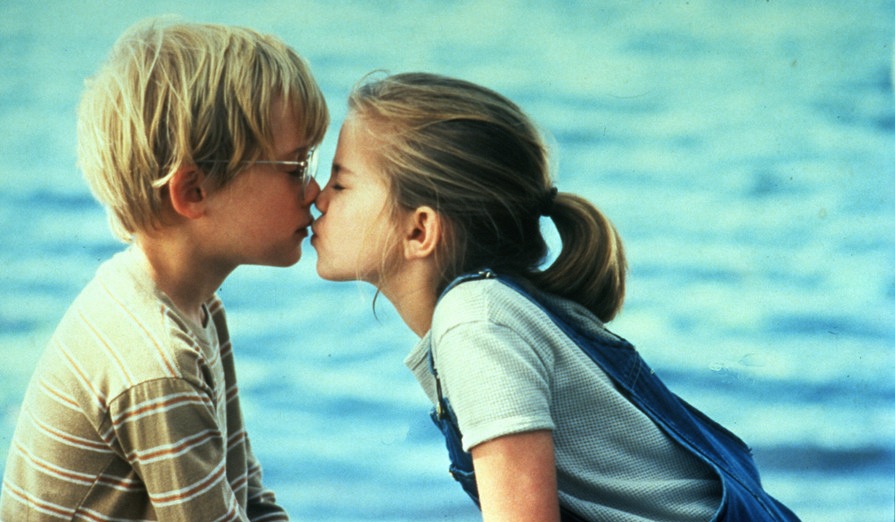 Just the cutest – Image by spokeo.com

It wouldnâ€™t be a Valentines Day cry-fest without young Leo.

TitanicÂ starts strong, when a dashing young boy from the wrong side of the tracks meets a stunning uptown girl with a huge diamond.

Things get a little icy (terrible pun), and before you know it, youâ€™re knee deep in your own tears.

Even without the famous Jack-Rose storyline, Titanic is an epic tragedy in its own right. Old married couples, young children, mothers, fathers and the Captain all meet an icy grave by the end of the film.

Add to that an epic score, which literally rips your heart out, and youâ€™ve got three hours of solid moping in front of the TV.

This film will leave you lower than the Titanicâ€™s current position, and harbouring a strong anger for Kate Winslet because, lets face it, there was definitely room for two on that door. 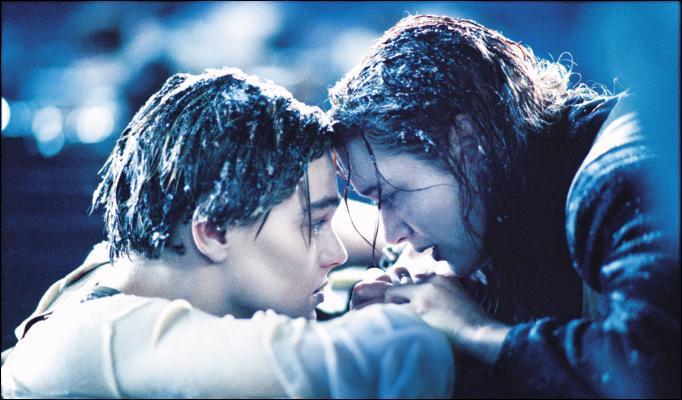 Jack is perfection, Rose is a cruel door thief – Image by fanpop.com

Moulin Rouge! has all the despair and heartbreaks of a tragedy, just with jazz hands and show tunes.

Moulin Rouge! tells the tale of two starcrossed lovers Christian and Satine (Ewan McGregor and Nicole Kidman), united and then ripped apart by a creepy looking guy in a top hat, and a nasty case of tuberculosis.

This film really builds you up and then knocks you down â€“ one moment youâ€™re singing along, staring dreamily into Ewanâ€™s eyes while he serenades you, the next youâ€™re lying on the floor in the foetal position as Ewan attempts to piece his life together.

While it may be the most musical, decadent and joyous of tragedies, donâ€™t be fooled, Moulin Rouge! will hit you right in the feels.

These two just can’t catch a break – Image by fanpop.com

Here we have quite an original tragedy, and itâ€™s the startling unravelling of events in Atonement that really gets the tears flowing.

Atonement starts off pretty swell â€“ idyllic British countryside, no hint of war, a lot of good-looking people in suits â€“ and then with a flick of a switch everything goes pear shaped.

Thereâ€™s a disturbing crime, and one girlâ€™s lie completely obliterates any hope that youâ€™d get out of Atonement without crying.

James McAvoy is falsely accused of rape, sent to jail and then to war, all on the night that he first unites with his love (Kiera Knightley).

Separated by land, sea and WWII, the romance struggles along in heart wrenching letters and memories of one night in the library.

Then, just when youâ€™d grown accustomed to the totally depressing turn of events, Atonement steps up its tragedy game and completely pulls the rug out from under you â€“ itâ€™s likely you wonâ€™t recover for days.

Oh, if only they knew – image by moviemail.com

Bambi,Â Ghost,Â A Walk to Remember, Never Let Me Go, Romeo + JulietÂ and last but not leastÂ The Boy in The Striped PajamasÂ (it’s not Valentine’s Day related, but will make you cry any day of the year).

Happy Valentine’s Day you sad sacks of loneliness! Go forth and mope.