This yearâ€™s Toronto International Film Festival (TIFF) was bursting with talent – here are a few standout films to watch out for this summer.

12 Years a Slave follows the incredible true story of Solomon Northup (Chiwetel Ejiofor), an African American man abducted and sold into slavery in the 1800s.

Supported by Hollywood heavyweights Brad Pitt, Benedict Cumberpatch and Michael Fassbender, this film has â€˜Oscarâ€™ written all over it.

The film is helmed by visionary director, Steve McQueen (Hunger, Shame) and propelled by Hans Zimmerâ€™s affecting score, so be sure to take your tissues and a strong stomach – 12 Years a Slave is not for the faint of heart. 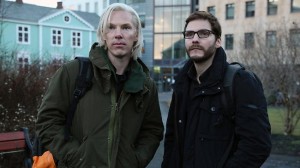 This film makes the cut as the most controversial movie of the year, with Julian Assange himself publicising his disapproval of the project.

Despite the debate about historical inaccuracies and the egocentric nature of Assangeâ€™s character, no one can deny that Cumberpatch excels in the role physically, and delivers the best Australian accent to date â€“ not an easy task. 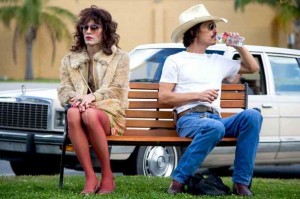 Matthew McConaughey breaks away from his comedic roots in the Dallas Buyers Club, the true-life tale of HIV positive Ron Woodward, who smuggles illegal medication into America to treat himself and others.

Both McConaughey and his supporting actor, Jared Leto lost considerable weight for the film, which is already generating Oscar buzz for the heart-wrenching story of Us versus Them.

The Disappearance of Eleanor Rigby: Him and Her

Despite premiering at TIFF as a â€˜work in progressâ€™, The Disappearance of Eleanor Rigby: Him and Her continues to generate a huge buzz due to its unique and ambitious form.

The first of its kind, The Disappearance of Eleanor Rigby: Him and HerÂ is actually a two-part feature, which documents the tragedies of marital breakdown from the perspective of both man and wife. 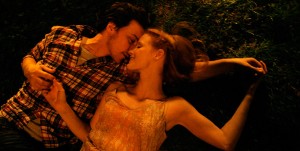 Ned Benson is the brains behind this innovative love story, writing and directing both features in a remarkable debut into the feature film industry.

Benson brings James McAvoy of Atonement fame, and woman-of-the-moment, Jessica Chastain together as leads in both features.

While these films wonâ€™t be released until early 2014, The Disappearence of Eleanor Rigby: Him and Her is the first two-part film of its kind, and not one to miss.

Steel Panther: Down Under Tour